Where to watch the World Cup in Kunming 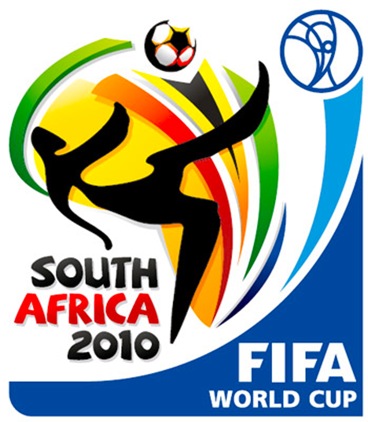 The quadrennial tide of worldwide football mania known as the World Cup final begins tomorrow and GoKunming has put together some information about watching the premier event of "the beautiful game" in Kunming.

In the host country of South Africa the matches for the June 11 to 25 group stage will take place at 1:30pm, 4pm, and 8pm. This means that in China, with a six-hour time difference, the two earlier games will conveniently take place at 7:30pm and 10pm—but the later game, painfully, will air at 2:30am.

One of the group stage matches most anticipated by foreigners in Kunming will be at 2:30 Sunday morning when the underdog United States goes up against historical powerhouse England in each team's first game of the World Cup final.

A full schedule of matches switchable to China time is available from FIFA, and many fans will enjoy this more comprehensive calendar.

We've compiled a few venues where GoKunmingers can watch the action, perhaps in the company of some friends and refreshing beverages. If you know of any other good venues, please feel free to leave a comment below.

Aoma Pub and Aomai's Kitchen
Both Aoma Meili Pub and the Zhengyi Mall location of Aomai's Kitchen will show every World Cup match on combination of projector screens and TVs.

Each venue will be offering local snacks for under 10 yuan and running the following drink specials for the duration of the World Cup: buy one bottle of French red wine and get one free, buy two shots of liquor and get one free, and buy three bottles of Budweiser or Harbin and get one free.

Chapter One
Chapter One will show every match using the Chinese-language CCTV-5 feed on the projector upstairs and the flatscreen TV downstairs. The World Cup action will include beer specials on Tsingtao, Beer Lao Dark, Corona, Crown, and Victoria Bitter (VB).

Charlie's Bar
Charlie's Bar, located in the Sakura Hotel on Dongfeng Dong Lu, will show the pre-midnight matches and is running food and drink specials every day from 7:30 to 11:30pm for the duration of the World Cup, including free-flow beer and snacks from hotel restaurants for 128 yuan per person.

The Dali Hump
Residents of Dali can catch all the World Cup games at The Dali Hump on a combination of projector and television screens.

There will also be Chinese and Western barbecue and live world music between matches.

Ganesh
Ganesh will show every match on a combination of projector and flatscreen TV.

Tsingtao will also be available for eight yuan a bottle. Customers who fill up a stamp card by buying 12 Tsingtaos during the World Cup will get two more for free.

The Hump Bar
The Hump Bar downtown in Jinma Biji square will show every match with special events before and after the major matches.

Specials at Lazy Bones will include: buy any combination of four Aussie beers and get a free bottle of James Boags, beer and pizza prizes during every game, beers on happy hour for all of the World Cup, and rum and cokes singles for 12 yuan and doubles for 18 yuan.

The World Cup action will include daily prizes and food and drink specials. The bar is located inside the Taiyang Xincheng apartment complex on the northeast corner of the intersection of Longquan Lu and Erhuan Bei Lu.

Sifangjie
The third floor of Sifangjie restaurant on Xinwen Lu near Kundu is a Yunnan restaurant, barbecue shack, and brewery rolled into one. It will be showing matches, including late ones, on a projector screen in the large open-air dining room on the third floor, overlooking Xinwen Lu.

The restaurant makes its own light and dark lagers. Although the light lager that GoKunming sampled recently lacked body and had an overly strong yeast flavor, it was nevertheless fresh draft beer and a nice change from the bottled beers that are the norm in Kunming.

Glasses of light beer are 8 yuan and dark costs 10 yuan. Pitchers of light and dark go for 20 and 30 yuan respectively, with sporadic buy-one-get-one-free specials. Bottles of Dali, Fenghuaxueyue, and Carlsberg Chill are also available for 10 yuan and under.

Update, Friday, June 11
The following are two more venues in which to watch the World Cup. Anyone else wishing to add a venue, please leave a comment on this post with the relevant information.

1896 Sports Bar
The newly-opened 1896 Sports Bar will show every World Cup game on seven TVs and two projector screens spread across two floors. The bar will also feature live music between 10pm and 2:30am matches.

Laowo Bar
Laowo Bar will show matches, including late-night matches, on a projector screen for the duration of the World Cup.

If we could only get as much excitement around here about real football...美式橄榄球 that is!!

Just came back from Camel Bar after experiencing one of the most bizarre and retarded 'rules' for being 'allowed' to watch a World Cup game.

There is effectively a table fee of 180 yuan (which includes 12 bottles of beer and some popcorn, and a little bit of other food) which you have to pay if you wish to sit and watch a game.

Here's the kicker: I and two others met some (4) friends who already had paid this fee and were happily watching the game. We went to sit with them only to be told that we could sit around the table i.e. in front - thus obscuring the view for them of the game - but not alongside as that would necessitate another 180 yuan table fee!

Admission / seating fees to watch a World Cup game in a bar is retarded at best, as one will buy drinks anyway, but then to be told that effectively a table can only hold 4 people (sitting the other side - and thus in front of the other 4, blocking their view of the game - defeats the purpose of wishing to watch the game ..) when the bar was empty besides one or two others, was the final straw.

I decided to take my custom elsewhere, as there are plenty of other places showing the game - and with projectors.

The other insult was that the projector was slightly fuzzy, distorting the image.

I shan't be going back either during or after the World Cup.

Addendum: my 2 female friends just arrived back [home] to complain that they were harassed to buy more alcohol and food.

My female friends wanted Tsingtao beer, to be told that they would not be sold Tsingtao as it's too cheap (12 yuan). They were arm-twisted to buy a more expensive beer. Then after they bought Sol beer, not only was the beer room-temperature, but they constantly badgered to buy food, inquiries asking if they were hungry, etc.

They left to go to Aoma's after that, and had a much better experience in a much more relaxed atmosphere.