Getting away: A trip to the seaside 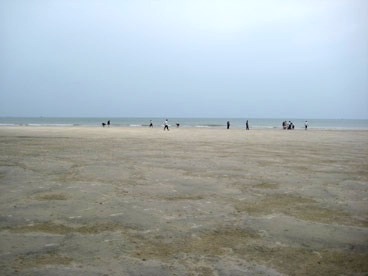 Yunnan is landlocked. Kunming is around 1900m above sea level. So what happens when you need a trip to the beach? GoKunming decided to find out.

The sea comes closest to Kunming on the Vietnamese coast near the port of Haiphong, but heading to Vietnam for time on the beach means dealing with visa and language issues.

Without leaving China, the closest sea access from Kunming is in Guangxi, just to the east of the Vietnamese border. After a bit of research about that stretch of coastline a quest was formed: get from Kunming to Silver Beach (银滩) in Beihai (北海), overland, as fast as possible.

First, you need to get from Kunming to Nanning, Guangxi's capital. There's only one train a day that does just that, and it unfortunately gets you to Nanning a little late to get the early train to Beihai. However, there are several trains out of Kunming that go via Nanning on their way to other destinations. One of these is the K394 to Guilin which will get you into Nanning a little before 7am, leaving you plenty of time to get a ticket on the K9309 to Beihai, which leaves at 9:05am.

If delays hold you up, you'll need to know your way around Nanning station: turn left immediately after exiting the final checking gates, and walk straight - this'll take you past the main entrance and into the ticketing hall. Grab your ticket to Beihai (38 yuan), and retrace your steps back to the main entrance.

About three hours after leaving Nanning, the train terminates in Beihai. A short cab ride will get you downtown. Staying on Sichuan Lu (四川路) will put you on the route of bus number 3, which goes out to Silver Beach (15-20 minutes, 2 yuan). If you want to feel you've earned the swim, Sichuan Lu is very runnable, and you can be out at the beach in around an hour. One way or another, if all goes to plan, you can be immersed in the waters of the Beibu Gulf (北部湾, aka the Gulf of Tonkin) within 24 hours of leaving Kunming. 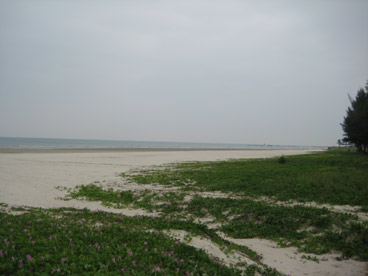 Silver Beach is the real deal. It's clean, shallow, and going into the water the bottom remains sandy. There's a large globe on a concrete plaza area that divides the beach - it's busier to the east of it, with parasols and boats for hire and quieter to the west of it, with... just beach.

A park separates the road from the beach, which has shower/changing/bag storage facilities, but they were not operational when we visited.

If Silver Beach doesn't leave you satisfied, there are more beaches an hour's ferry away on Weizhou Island (涠洲岛). Ferries are 120 yuan each way, and the island's entry fee is 90 yuan, so this is a more expensive proposition, but it makes for a good day-trip to follow up Silver Beach. Weizhou's Shiluokou Beach (石螺口滩, pictured) is covered with coral fragments, and features a long sweeping bay, but the real attraction is the feeling of remoteness. 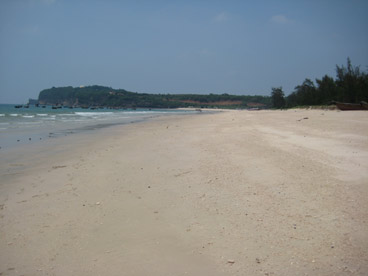 yes, weizhou island is sooooo pretty. I miss the sea food there sooo much.

April 15, 2021 "We are looking for a part-time English teacher to work at our partner public school. Work days are Wednesdays from 9:50 am to 3:30 pm. Requirements …"
Travel Yunnan Ricklane