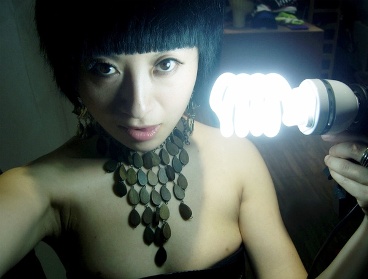 Graphic designer, illustrator, interior designer and painter Shen Jie (沈婕), aka Bunny, is one of the more diverse artists in Kunming belonging to the post-80 (80后) generation. Much of her work touches upon sexuality, loneliness and the female condition as viewed through the eyes of a melancholy and cartoonish bunny.

The 30-year-old Kunming native has been selling unique fashion at her eponymous store on Longxiang Jie, which doubles as an office for her design and illustration work. GoKunming recently chatted with Bunny to find out what makes her tick:

GoKunming: How would you describe the creative scene in Kunming?

Bunny: It's actually pretty good. Kunming has good design and art scenes, there are a lot of young people with different styles sharing their ideas with each other.

GK: After graduating from the Raffles Design Institute Shanghai in 2005, you moved back to Kunming. Why did you leave a much more developed design and art market for Kunming?

Bunny: I moved back to Kunming primarily because my mother is here. Also, I have difficulty painting elsewhere – I don't have imagination when I'm in other places.

GK: Are there any artists, musicians or writers that have influenced you?

Bunny: Yeah, a few...I like Liu Suola (刘索拉)'s books but her music isn't that good, she's kind of like China's Yoko Ono... I think they're both Aquarius. I also like David Bowie and Andy Warhol. 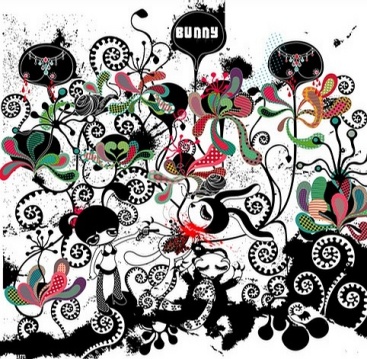 GK: Would you say it's fair to call most of your work 'dark'?

Bunny: For sure. My art often contains despair, sex, pain and mystery. I'm a Scorpio, we tend to be a little pessimistic. Creating art offers a channel for release and makes my life feel fuller.

GK: What do you do like to do when you're not working?

Bunny: I like hanging out with my friends, shopping... sex [laughs]... sleeping.

GK: How do you think the post-80 generation tends to view sex?

Bunny: For the post-80 generation, we're a lot more open about sex than older generations. Young women in China used to be more conservative and passive. Post-80 women are more aggressive – we go after what we want. Men haven't changed at all though, they still want beautiful women. 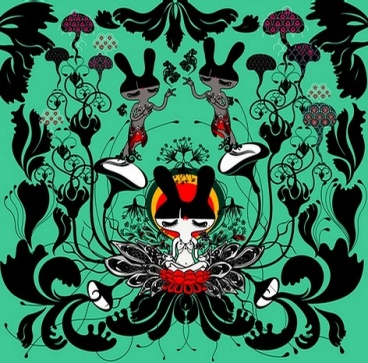 GK: The post-80 generation came of age with China's re-opening to the world, which has meant many new ideas but also new levels of consumerism. Do post-80ers have much interest in nonmaterial things?

Bunny: Most of the post-80 generation doesn't care about stuff like that. The majority think that if you have money then you're doing all right. A few actually think about what kind of person they want to become – this is the difference between average people and unique individuals.

GK: You've been selling clothes in Kunming for the last five years, have you seen any changes in women's fashion here during that time?

Bunny: Yeah, there's been a big change in women's fashion in Kunming in the last few years. As things have become more open, clothing has become much more revealing. There also seem to be more and more punk elements in fashion here.

GK: What do you hope to be doing five years from now?

Bunny: I want to launch my own brand of women's clothing – I've been working on a clothing line for a while now, but it's still not store-ready. And I want to continue painting.

Hi Bunny; Let me be the first to tell you that your art is fantastic.
Thankyou.

Hi there,
I am looking to contact Bunny by email... can anyone please help? it's for an art project!
Cheers
ps. the artwork is pretty awesome indeed!

Any one knows where bunny's shop moved to?

@tamar: Her new shop is on Shiqiaopu, I've updated the address and phone number, map point may be slightly off, but it's a short street so you should be able to find it: