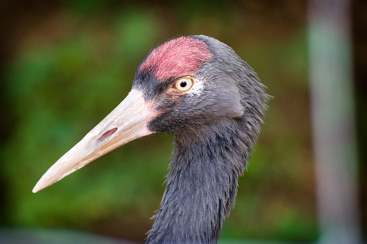 Endangered species under pressure from drought
Humans, livestock and crops are not alone in feeling the adverse effects of the drought – endangered species including Asian elephants in southern Yunnan and black-necked cranes in the province's northeast are also suffering from a lack of water and food.

Wild Asian elephants in Xishuangbanna Dai Autonomous Region have been draining water sources typically used by villagers in the area, threatening the drinking water supply for numerous villages. The hungry herd has also reportedly been entering villages, foraging for bananas and corn.

The roughly 300 Asian elephants living in the region normally eat 200 kilograms of food daily, but their staple food bamboo has dried up and turned yellow during the drought.

In Yunnan's northeast, the population of black-necked cranes (photo above) which normally spends this time of year at a reserve in Zhaotong has headed north, fleeing abnormally high temperatures. The reserve's reservoir is down to 10 percent of its normal water levels.

Long Yongchen, chief scientist for The Nature Conservancy in China, told reporters that amphibians in Yunnan are also under serious threat from the drought.

Yunnan is one of the most biodiverse regions in the world, primarily owing to the vast water resources created by its rugged topography.

Drought threatens Tamiflu production
The fallout from southwestern China's drought is spreading to the global pharmaceutical industry, threatening production of the antiviral and anti-flu drug Tamiflu.

Star anise is used to make a key ingredient in production of the drug and Yunnan and neighboring Guangxi produce 80 percent of the global supply of the aromatic fruit. Tamiflu's maker, Swiss pharmaceutical giant Roche, typically purchases about two-thirds of the Yunnan and Guangxi crops.

A drought-induced shortage of star anise could push up Tamiflu prices if Roche were to use a more expensive production method.

During her trip she pressed for Chinese financing of a new deep-water port in Chittagong and rail and road links to Kunming that will allow cargo to bypass crowded shipping lanes in the Strait of Malacca between peninsular Malaysia and Indonesia.

Last week, Bangladeshi Foreign Minister Dipu Moni told reporters, "We received a very positive and encouraging response from both the central Chinese government and the provincial government of Yunnan on building a deep-sea port and the Chittagong-Kunming road and rail links through Myanmar."

The flights, operated by West Air are currently scheduled to depart Chongqing at 7:45 am and arrive in Dali at 9am. Flights from Dali to Chongqing depart at 9:40am and arrive at 10:55am. 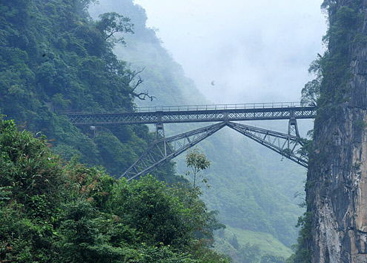 The Yunnan Railroad Museum is currently celebrating the anniversary with a special exhibition that highlights the railway's history and displays various artifacts and equipment including narrow gauge passenger cars.

The railway, which was built by the French between 1904 and 1910, once served as a key freight and passenger link between Kunming and Haiphong, but has fallen into disrepair.

It could, however, be operational again by 2015 as part of the planned Kunming–to–Singapore rail line.

The Museum is open Tuesday through Sunday from 9am to 4pm and the Yunnan-Vietnam Railway exhibition will run until April 28.