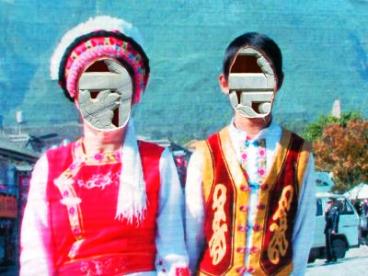 Gonna be another slow one in Kunming this weekend. There's still time to catch a flight to Chengdu - plenty of events going down there, from the Hemp House's 4th birthday to the North Korean Orchestra to racecars. At least we have environmentally friendly phlegm bags.

Friday: Double Fun party in Beichen
The Box II and Double Happiness Bar in northern Kunming's Beichen Garden Walkway will be co-hosting a 'Double Fun' party. From 8:00 until midnight, The Box II will have double extra large G&Ts or rum and cokes for 25 yuan. From midnight until 4:00 Double Happiness Bar will have barbecue and pear wine on special.

How's that mirror working out for you?