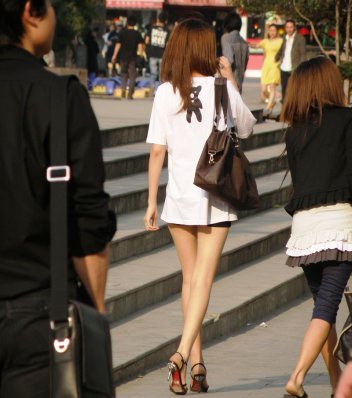 Survey: Street shots of unwitting 'models' acceptable
A recent survey on the Kunming forum bbs.clzg.cn suggests that Kunming's netizens are generally fine with the idea of photos taken of them on the street being fodder for hormone-driven forum discussions. The outcome is not surprising, given that forum posts featuring street shots of unwitting female models are a staple of the site.

Carrefour stabbing victim seeking compensation
One of the three stabbing victims in last December's hostage incident at the Longquan Lu Carrefour has taken the French-owned supermarket to court seeking 159,690 yuan (US$23,370) for "compensation for injury, further treatment and mental consolation".

A Carrefour spokesperson said it had paid out 200,000 yuan for medical treatment for Xie Peiling (谢佩伶) and the two other women who were stabbed during a rampage by Lu Zhiwen (陆志文) on November 29 of last year.

"We're not responsible for whatever remains," the spokesperson said.

After his stabbing spree, Lu took a nurse hostage. He was shot and killed in the fifth hour of the standoff while trying to pick up a bowl of rice noodles police had left for him outside a door. 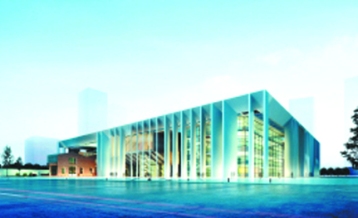 Design for new Workers' Culture Center unveiled
The design for the new Workers' Culture Center (工人文化宫) has been decided by a public vote, according to a Dushi Shibao report. Construction on the new Culture Hall, whose design is being described as "succinct with a grand air" (简洁大气), will begin on Renmin Dong Lu on May 1. The design was selected from a final group of four designs.

The new 245 million yuan facility will replace the current dilapidated Workers' Culture Center, which is located behind Dongfeng Plaza. The 43,000 square meter facility will include a gym and sports facility, a five-star cinema, meeting facilities, job training for the undereducated, reading facilities, music and dance lessons and more.