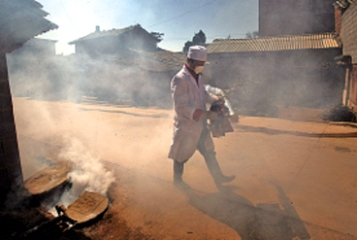 Officials in Yuxi have announced that a previously unreported cholera outbreak that infected at least 47 people is now under control, with no deaths reported.

Chen said a feast at a funeral attended by 585 villagers in Tonghai from January 15 through 17 was the source of the outbreak. On January 18, a 73-year-old man who had hosted the meal was admitted to the hospital with severe diarrhea, followed by two more patients the next day. The patients were confirmed to be infected with vibrio cholera O139 type on January 21.

All 585 people who attended the feast were quarantined and it was discovered that 26 had traveled to unnamed overseas high-risk cholera areas in November last year. One of the 26 had been a cook during the three days of eating. Officials said that it is likely that the tourists are the source of the outbreak in Yunnan, where O139 cholera has never been previously reported.

Cholera's hallmarks are a short incubation period and severe diarrhea. In Chinese it is known as huoluan (霍乱), literally 'suddenly messy'. According to Wikipedia: 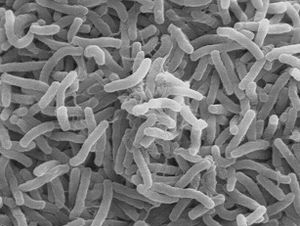 In its most severe forms, cholera is one of the most rapidly fatal illnesses known, and a healthy person's blood pressure may drop to hypotensive levels within an hour of the onset of symptoms; infected patients may die within three hours if medical treatment is not provided. In a common scenario, the disease progresses from the first liquid stool to shock in 4 to 12 hours, with death following in 18 hours to several days, unless oral rehydration therapy is provided.

Yuxi mayor Gao Jinsong, who was also at the press conference, urged area residents to remain calm and pay attention to food safety.

"Firstly, cholera is highly infectious and difficult to control; secondly, many people attended the funeral dinner and they are more than likely carriers," Lu said. "Moreover, the affected areas are rural districts where water and sanitation conditions are generally poor."

How comforting that it only took 2 weeks to spread the news. Should think people had learned their lesson at this point. Cholera is a m/f of a nasty disease.