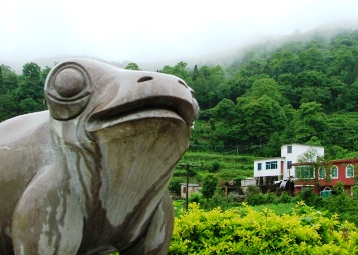 Focusing on building 'commercially viable infrastructure projects', ADB and SCE will advise the Kunming government on how to attract investment in areas such as water supply, wastewater management and transport management. SCE's involvement suggests that more Singaporean firms are likely to take an interest in investment projects in Kunming.

Yunnan coffee to be sold at Starbucks outside of China
Starbucks announced that it will market coffee drinks made with beans grown in Yunnan in markets outside of China, the first time that Chinese-grown beans will get major exposure beyond the mainland.

"We are proud to offer our customers the opportunity to experience a truly world-class coffee from China," Starbucks Coffee International president Martin Coles, said in a statement on the company's website.

The while business in markets including the US is suffering, Starbucks is enjoying the beginning of what is expected to be a prolonged period of expansion in mainland China, where it currently operates 350 outlets.

The Yunnan blend – no international launch date has been given so far – will be marketed as 'South of the Clouds Blend', and will incorporate beans from Latin American and Asia Pacific farms. It will be available on a trial basis in Greater Chinese Starbucks locations from January 11 to February 19 of this year.

Despite enjoying a generally positive domestic reputation, Yunnan beans will face a major challenge in overcoming international concerns about the safety of food products sourced in China. Starbucks said it intends to work closely with farmers from Baoshan to meet company sourcing standards and eventually develop a 'superpremium' Yunnan blend.

According to government plans, economic development will be the primary goal, with emphasis on expanding demand via growth in investment and consumption. Improving the city's traffic infrastructure is near the top of the list, followed by several social programs including strengthening social security, improving the city's medical and education hardware and software and encouraging new hiring through preferential policies.