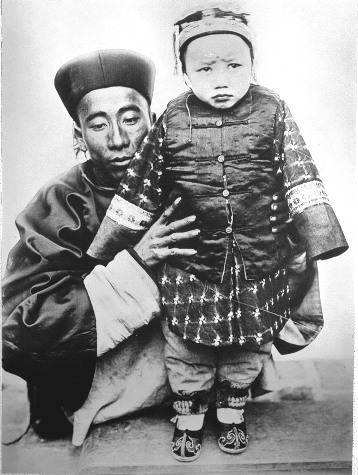 During his stay in Kunming as French consul at the beginning of the last century, Auguste François was assigned a bodyguard team by the local Qing government. The head of his bodyguard team was a Kunming man with three young daughters.

According to François' memoirs, he was especially fond of the youngest daughter, who is photographed here at the age of three, making her one of the first children to be photographed in Kunming.

Due to her shyness and diminutive stature, François asked a bodyguard from his entourage to hold the girl up on a table. Not unlike many children today, the girl seems to not be enjoying getting her photo taken.

Paying a visit to the Cool Mountain Yi