'China's Hollywood' to be built in Kunming 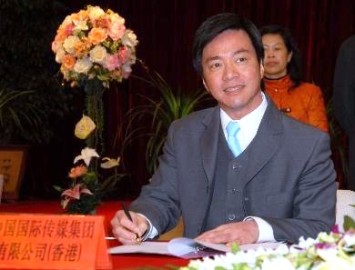 Hong Kong director Stanley Tong (唐季礼) was in Kunming on Monday to sign an agreement for the construction of a new television and film base jointly invested by Tong's Hong Kong China International Media Group and Dianchi National Tourist Resort, according to Chinese media reports.

The Kunming TV, Film and New Media Industry Base (昆明影视与新媒体产业基地) will be built by a joint venture created for the project with an investment of three billion yuan (US$418 million) allocated for the base's first phase, which will cover three square kilometers. The base will reportedly feature television and film shooting stages and equipment, state-of-the-art production facilities and even video game production.

Tong, who has directed several movies including early Jackie Chan hits such as 'Supercop' and 'Rumble in the Bronx', said that the Kunming base will serve as China's Hollywood.

"In short, the base will push the entertainment industry to an unprecedented level." he said.