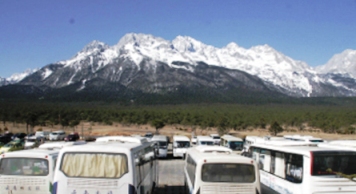 After getting shut down by intense recent winds that were strong enough to rip a 100-year old tree out of the earth by its roots, Lijiang's Yulong Snow Mountain (玉龙雪山) reopened to visitors last Friday.

On February 8, the second day of Chinese New Year - a day which is traditionally spent visiting family and friends - Lijiang's Yulong Naxi Autonomous Prefecture was hit by rare intense windy weather that damaged more than 550 homes and affected 2,100 villagers, according to a Dushi Shibao report.

Elderly residents who had spent their entire lives in the area said that they had never witnessed winds as powerful as they experienced last week. The windstorm - which came just as Lijiang and surrounding areas were beginning to recover from a late winter storm - continued for four days before tapering off on February 12. 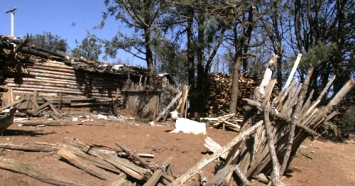