The Spring City is frantically preparing once again for the province's largest and most important annual business exposition. The 2019 South and Southeast Asian Countries Commodities Expo and Investment Fair — typically shortened to SSACEIF — is a huge assortment of lectures, roundtable discussions, forums, industry match-making sessions, intra-governmental workshops and conventional buying and selling activities. All of these proceedings will be held concurrently June 12 through 18 at the Kunming International Convention and Exhibition Center in Guandu District.

As with past incarnations, the main focus of SSACEIF is to encourage business connections between Yunnan and dozens of countries around the globe. The event is also a showcase of where the province is now — in terms of development and innovation — as well as a major signpost for where Yunnan is headed.

Among the many focal points of this year's expo, perhaps the most important from an official standpoint involves Yunnan's role in China's One Belt One Road (OBOR) initiative. Of equal significance is the province's planned transformation into a logistics, high-tech and 'green industries' hub. The idea of building the region's future economy around three core values all stressing environmental protection and sustainability permeates every corner of the expo's promotional materials.

Yunnan's One Belt One Road role

In terms of OBOR, everything old is new again. For more than a decade, China has worked to position Yunnan as its conduit to the countries of South and Southeast Asia. Once part of the 'Go West' policy, and later the similar 'Bridgehead Strategy', the goal of making Yunnan into a business, shipping and technological fulcrum for countries neighboring southwest China is today part of official OBOR doctrine.

Progress on this front in Yunnan has been substantial. Companies and government entities based in the province are involved in massive international projects — a huge railway project in Laos and the long-planned Bangladesh-China-India-Myanmar trade corridor, for example. Endeavors such as these not only include costly infrastructure creation, but also require technology transfers, the cooperation of dozens of support industries and the creation of myriad cross-border trade zones. All of these sectors represent huge opportunities for Yunnan-based firms.

One of the primary intentions of SSACEIF is to encourage business and economic ties along these specific lines — cooperative ventures Chinese bureaucrats are fond of calling "win-win partnerships". To this end, thousands of businesspeople and government dignitaries from at least 51 countries are scheduled to attend the expo this year.

Thailand alone is sending people from 160 businesses. Many of the Thai contingent represent commodities manufacturers, while others work in the region's flourishing tourism industry. And the latter is one place where Yunnan's 'Three Cards' policy comes directly into play. The Three Cards, broadly sketched, represent lofty aspirations to dramatically transform and modernize Yunnan's economy. 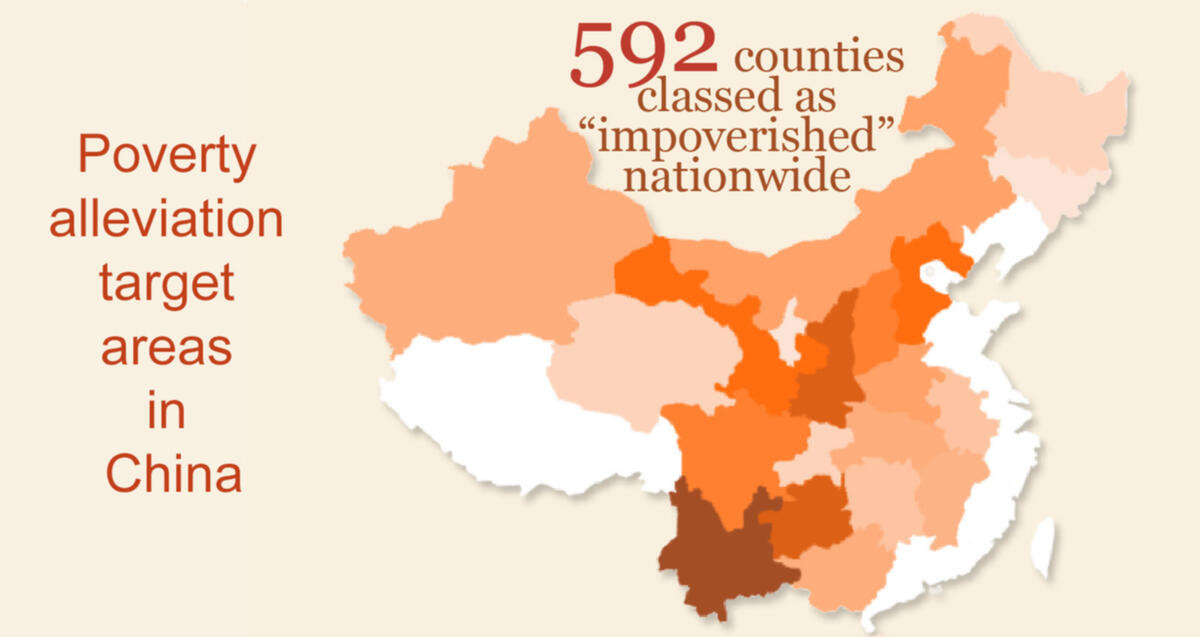 Such fundamental change, according to official literature, is based on the concepts of "green energy, green agriculture and the establishment of an international reputation as a healthy living destination". These broad policy strokes encompass a huge variety of professions and industries — everything from advanced photovoltaics and bio-medicine to poverty alleviation through eco-friendly tourism policies and the creation of a medical tourism industry.

However, the seven-day expo is certainly not limited to the realms of governmental edicts and Fortune 500 conglomerates. More than 7,000 booths will be spread across the 13 cavernous pavilions of the expo host facility. Some of these display areas will showcase travel destinations in Yunnan, while others offer handmade goods from individual importers looking to break into the Chinese market. 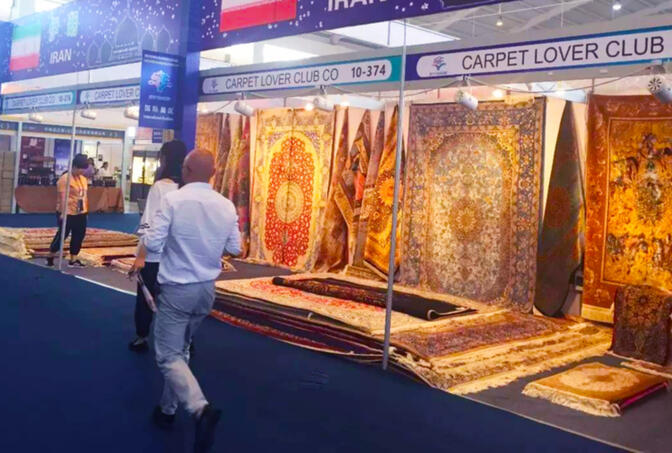 A display of Persion rugs at the 2018 SSACEIF in Kunming

On a more macro scale, the expo's Pavilion Number Four is the exclusive host of all things OBOR. Related events held there will include investment symposiums, promotional conferences and a forum concerning the concepts of a "Digital Yunnan" and the establishment of the province as a healthy living destination. In a first, this latter conference has been organized by CloudBridge – Media by Design, GoKunming's parent company.

On Friday, June 14, CloudBridge will host two speakers — Jimmy Keesee, who will give a presentation about cross-border e-commerce trends, and Rafael Raj, an expert in emerging blockchain applications and how they apply to Yunnan's economic plans.

We will also hold a moderated discussion on poverty alleviation strategies, focusing on Yunnan establishing itself as a healthy living destination aided by its emerging agro-tourism industry. Participants in the forum include CloudBridge CEO, Yereth Jansen, David Hoven of RPM China Inc, cultural consultant Elizabeth Witcher and Brian Linden of the Linden Centre in Xizhou. These events begin at 9am on Friday and will conclude before noon. If you would like to attend, please get in touch using the GoKunming Contact Form 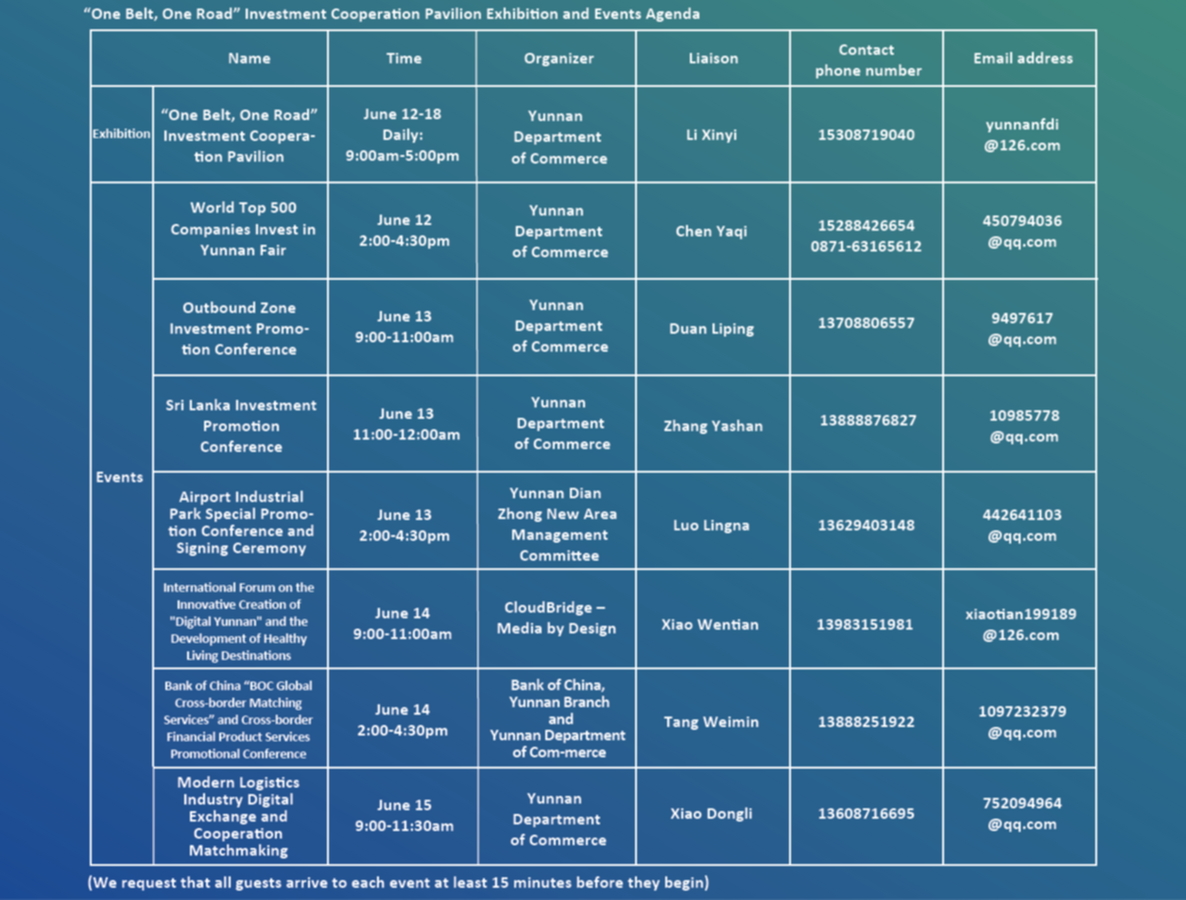