Weishan: Rural Remnants of Past Splendor

Episode two of Yunnan: The China You Never Knew is available now on our YouTube channel, Destination China. This time we follow host Jordan Porter as he travels to the small town of Weishan (巍山) in western Yunnan. The place is a haven for history buffs and foodies alike. An ancient regional empire arose from these hills, while later, Mongol invaders stormed through the area when Kublai Khan set out to pacify Yunnan.

That momentous history — and the resultant cultural mixing — is what Jordan looks to understand during the show, which is entitled Weishan: Rural Remnants of Past Splendor (follow the link to see the whole video). In this episode, he hikes to temples outside of town on the eponymous Weibao Mountain with his guide Frank Hitman. Frank has been crisscrossing this part of Yunnan on foot and motorcycle for the better part of a decade. He knows many of the local Yi, Hui and Bai residents personally, leading to a fantastic understanding of what makes Weishan and the neighboring countryside so special.

Together, Jordan and Frank venture further afield from the town center and the temple-studded mountain. They end up in a tiny hamlet, eating a lunch featuring gorse flowers with Frank's friends, who also show them the shoes and clothes they make by hand. Their day together ends over a bowl of ersi noodles back in Weishan.

To watch the entire Weishan show, hop over to our YouTube channel, where you can also catch the first episode of Yunnan: The China You Never Knew, which centers on the provincial capital, Kunming. While you're there, check out our behind-the-scenes short film highlighting Spring City barbecue. For more information on the entire 12-episode travel show, see our summary article. Enjoy!

See the entire episode of Weishan: Rural Remnants of Past Splendor on YouTube! 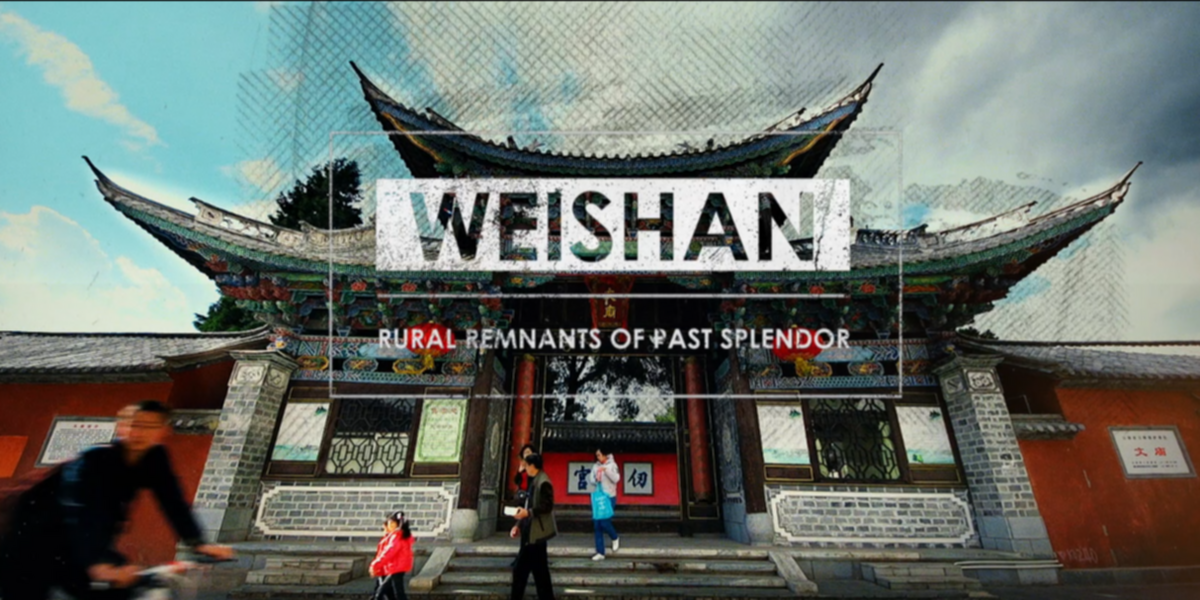 Weishan's historical importance is substantial. The Nanzhao Kingdom (南诏国) had its start right here in the seventh century, when the town was known as Mengshe (蒙舍). It was the capital of one of the six native chiefdoms — or zhao in Chinese — roughly in the area that is now Dali Prefecture.

Being in the most southern location of the six, the area around Mengshe was the southern zhao — hence the name 'Nanzhao'. In 649, its ruler, Xinuluo (细奴逻), conquered a neighboring tribe in Midu (弥渡). Shortly after, when Tang court officials were looking for an ally to secure their southwest frontier, they chose Xinuluo's state. 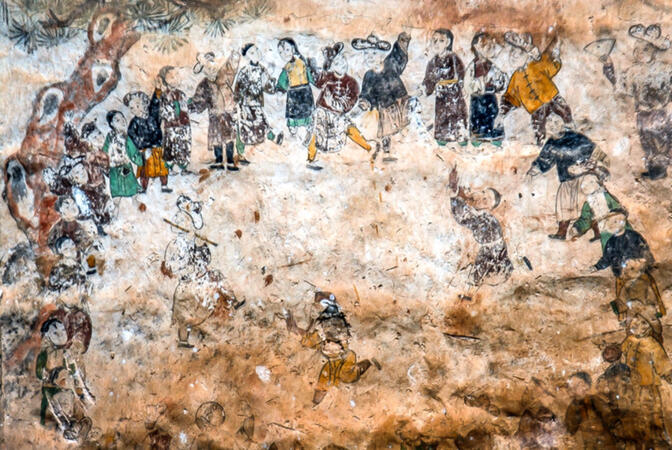 Four generations later, Mengshe's ruler, Piluoge (皮罗格), conquered the other five zhao. In 738, the Tang conferred a royal title on him, and recognized Nanzhao as a vassal state. Piluoge's own opinion, and that of his successors, was that Nanzhao was in fact an independent state and on a par with Tang China.

Until it fell in the early tenth century — shortly after the Tang regime's own demise — the Nanzhao fought both Tibet and imperial China for control of the region. The former periodically launched invasions into Sichuan and defeated any invasion attempts into its own realm. But now that Piluoge's success had made Nanzhao a bigger, richer state, the capital shifted closer to Erhai Lake in modern-day Dali (大理).

See the entire episode of Weishan: Rural Remnants of Past Splendor on YouTube!