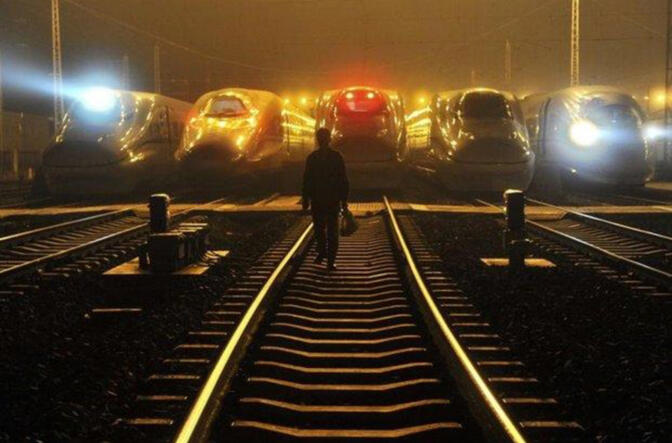 Thailand's prime minister made waves this week both inside and outside the country when he announced he would invoke a constitutional clause in order to green-light construction of a long-delayed railway. China — which has been pushing the endeavor for more than a decade — met the news with enthusiasm, but hurdles remain before the project can actually commence.

Prayut Chan-o-cha, acting prime minister of Thailand since a 2016 coup, said he would use Article 44 to bypass a number of concerns that have stalled the railroad. The clause allows Pryut the ability to issue directives in the name of national security, a process similar to an American president using signing statements to eschew Congressional legislation.

In this case, Prayut pledged to invoke the article in regards to a planned 250-kilometer high-speed railway connecting Bangkok to the city of Nakhon Ratchasima. Estimated to cost more than US$5 billion, the track is part of a larger plan to link Thailand's capital with cities to the north, first with Vientiane in Laos, and then on to the Chinese city of Kunming.

However, the railroad has been under discussion since 2006 and little progress has ever been made. Over the past eleven years, timelines have repeatedly been issued and then discarded as Thailand and China argued over issues pertaining to funding, technology transfers and usage rights. As the deal is currently written, Chinese engineering companies would design and oversee the entirety of the project.

Officials at the Thai Ministry of Transportation — which would be tasked with operating the bullet track upon completion — have reportedly balked at the proposed agreement. They worry that the contract as it now stands does not hold China accountable for sharing the advanced technology required to maintain railway functionality and safety standards in the future.

Also at issue is the path of the railway, which must pass through agricultural land safeguarded under Thai law. The invocation of Article 44 could circumvent all such concerns, but will be a major test for a military junta many Thais fear is lurching toward further authoritarianism. For China, the Belt and Road goal of a railway network spanning mainland Southeast Asia — with Kunming as its "radial axis" — continues to be a far off dream.

June 22, 2021 "I sell nearly new washing machine (bought only one year ago) It can handle 5.5kg of laundry and it's fully functional - no problems at all. I will …"
Living in Kunming Ricklane