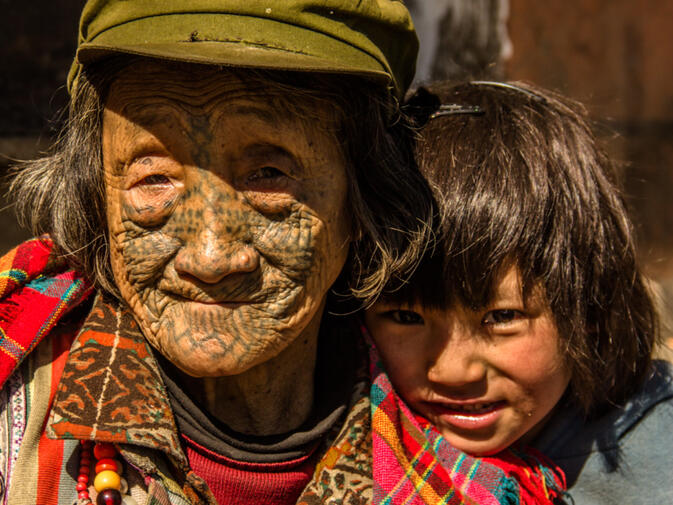 The Dulong people (独龙族) of far northwest Yunnan are one of the 56 ethnic groups officially recognized by the Chinese government. They are also one of the least researched of the country's minorities and today have a tiny population of fewer than 10,000 individuals. There are, however, mentions of them in court documents dating back to the time of the Tang Dynasty.

Prior to 1949, the Dulong were thought to be divided into 15 clans living in clusters near the Nujiang and Dulong rivers. At that time, and for generations past, young girls were occasionally kidnapped by other tribes raiding the Dulong's mountainous dwellings. As a result, they adopted the tradition of tattooing the faces of young girls — usually around the onset of puberty — so that interlopers would not want to kidnap their daughters.

Amateur writer and photographer Ori Aviram visited several Dulong villages in 2016, taking pictures of the families he met along the way. Several of the matriarchs still have facial tattoos, and Aviram spoke with those who were willing to find what he could about the marks, as well as daily life 70 years after the practice of tattooing faces was disallowed by Beijing. 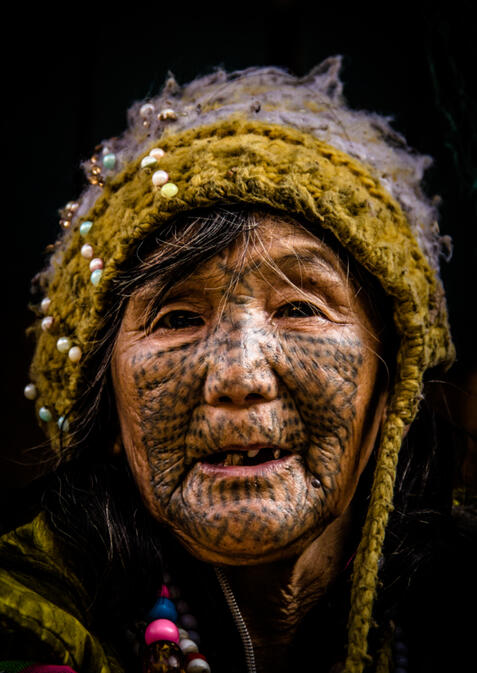 Dang Yi'er (挡伊儿) from the village of Longyuan (龙元). Her face was tattooed at the age of 21 — at a time when the Chinese government had already forbidden the act — because her father was still worried she could be taken away. She and her cousin were the last two women in the valley to have their faces tattooed and today, at the age of 72, she is one of the youngest women still carrying the marks. 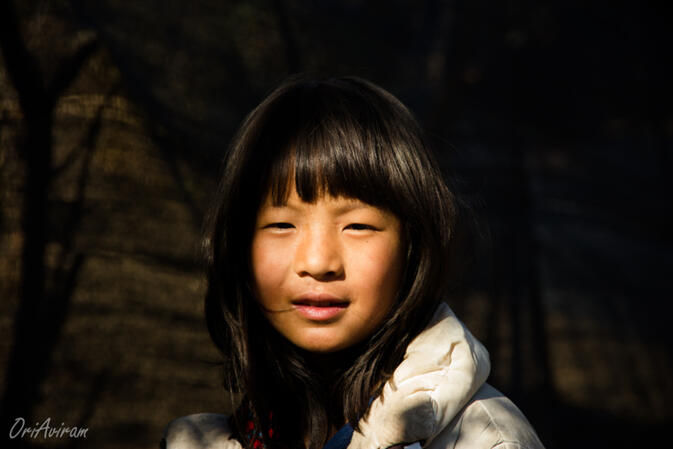 A young girl from Kongdang Village (孔当)村. During the winter break from school, she goes to her relative's house to help take care of the younger children. 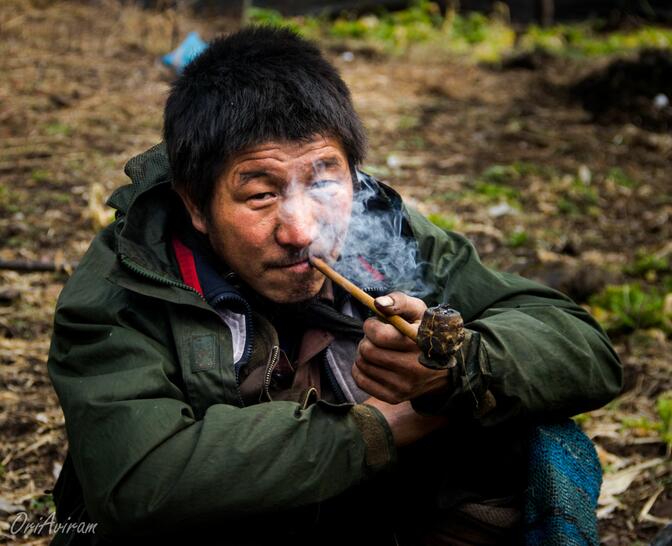 Si Wenqing (斯文青) from Nandai Village (南代村). After his divorce, he moved to live with his younger brother and his family. The six of them — three adults and three children — now live together in a small wooden shack in the village. 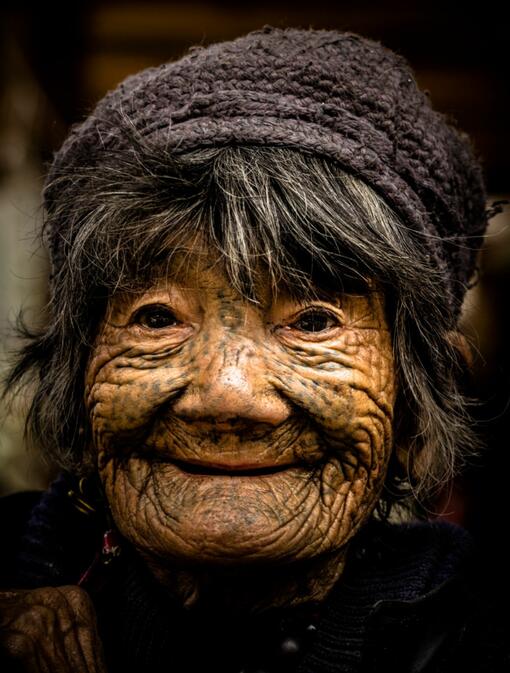 Pu Erdai (普尔黛) from the village of Mudang (木当), thougth to be the oldest tattooed woman of the Dulong River region, at more than 100 years old. She had had her face tattooed at the age of ten, and later became a tattooer herself. 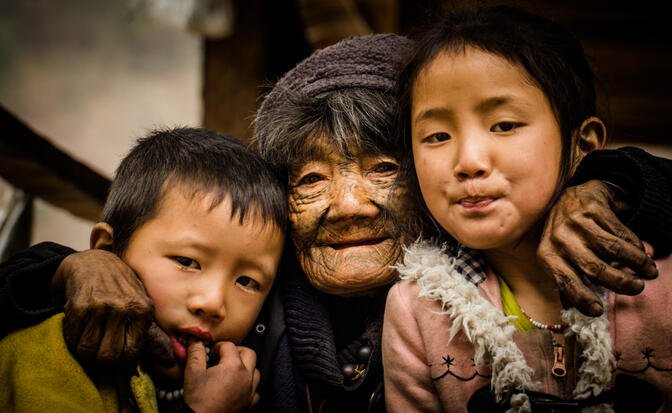 Pu Erdai and her grandson's granddaughters, aged six and ten, near the age they would have had their own faces tattooed had they lived a 100 years earlier. 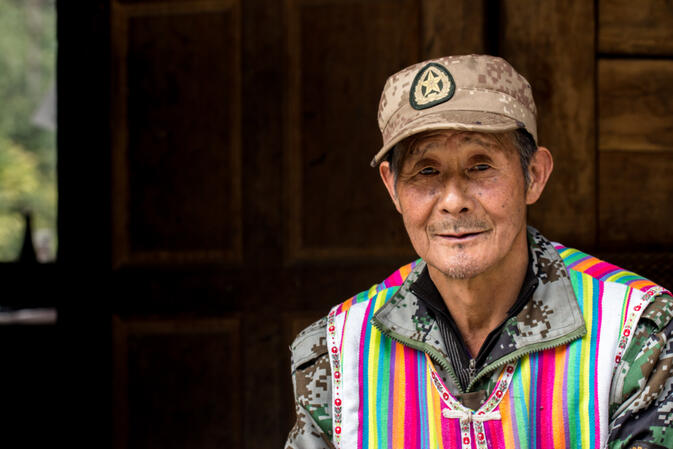 A man from a small village next to Duolongjiang township at the center of the valley, dressed in traditional Dulong ethnic clothes. 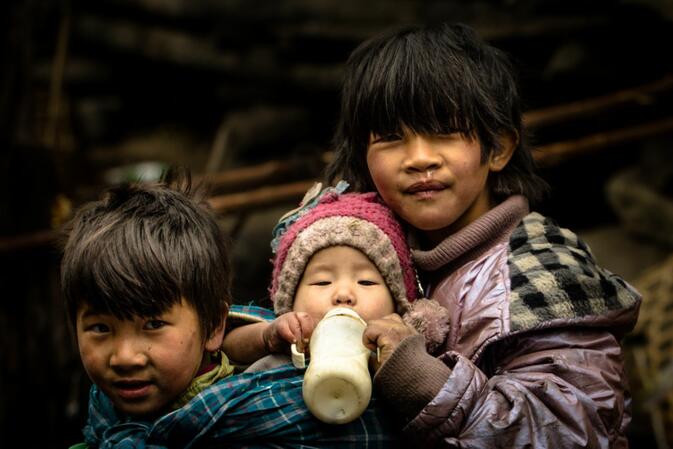 From the left: seven year-old Si Lixue (斯丽雪) carrying her younger baby brother. When her parents work in the field, it often falls down to her to take care of him. To the right is her eight year-old cousin, Yang Chunhua (杨春华), who often helps with the babysitting. 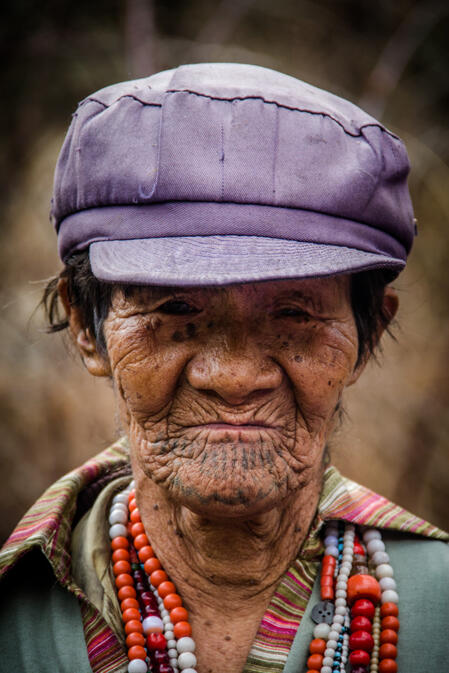 Song Mu (松姆), from the village of Nandai. Song Mu had her face tattooed at the tender age of six. Due to the pain, she only tattooed the lower part of the face, right under her lips. She is the oldest person living in Nandai, at well over 80 years old. 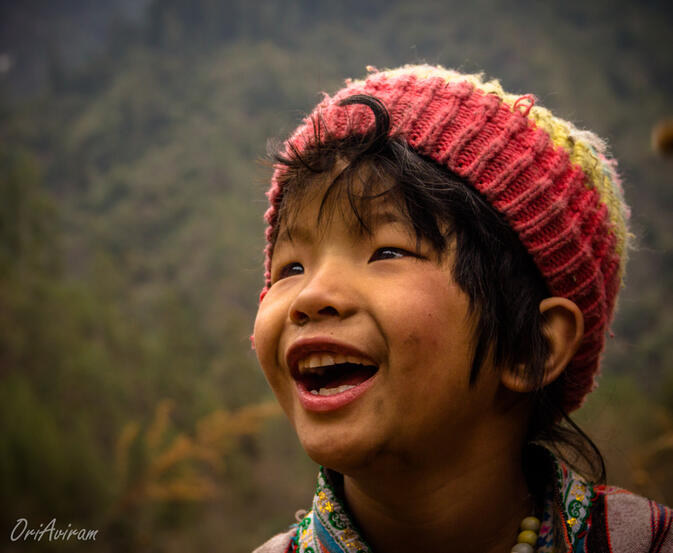 The villagers of Nandai village, just like many others, weave bamboo to make baskets, which they use to carry whatever they need. It is called a 'ha' in the local language. It takes several hours to cut the plants and make a basket, which is surprisingly durable, and can hold more than 20 kilograms. More of Ori Aviram's work can be found at Ori Aviram Photography, as well as on Facebook and Instagram.