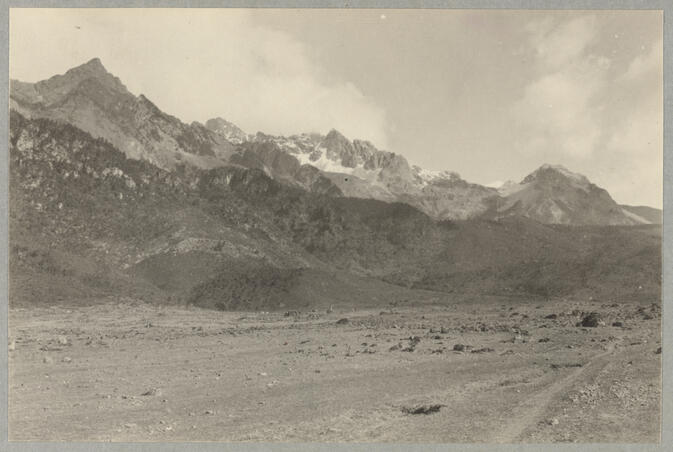 Mountains with plain in foreground May 1922

"The Lichiang snow range as seen from the Village of Nguluke."

Rock's photo titles are often extremely brief, so, wherever possible we will include his field notes or parts of corresponding diary entries under each image. We first went to Simao (思茅) — today called Pu'er (普洱) — and then moved on to Dali (大理). Our third destination is Yunnan's Lijiang (丽江). Today a tourist playground, in Rock's day it was absolute heaven for a man who loved both botany and geography.

Rock's photo titles and descriptions use a Romanization system he possibly invented on his own. For instance, he often writes 'Lijiang' as 'Lichiang', while in other places the names are inconsistently spelled. We can forgive him, as his photos provide an amazing view of southwest China as it existed 90 years ago. The pictures and text are published here unaltered, with special thanks to the Arnold Arboretum Horticultural Library at Harvard University for graciously allowing us to use them. An enormous collection of Rock's China photos are available at Harvard's Visual Information Access database. 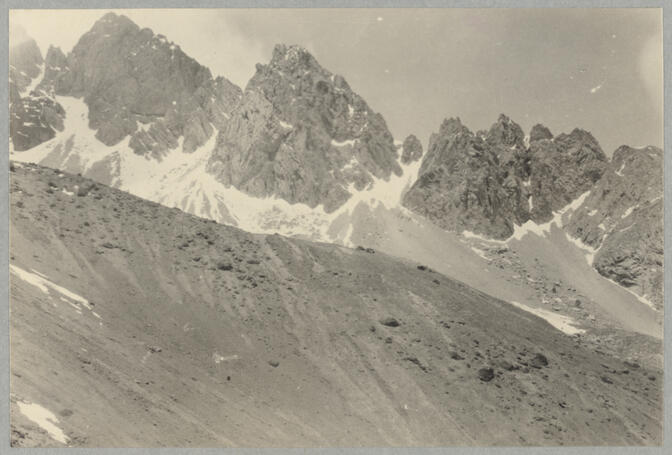 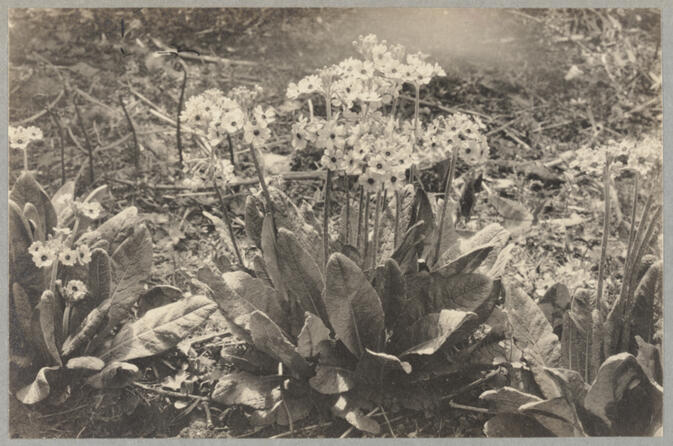 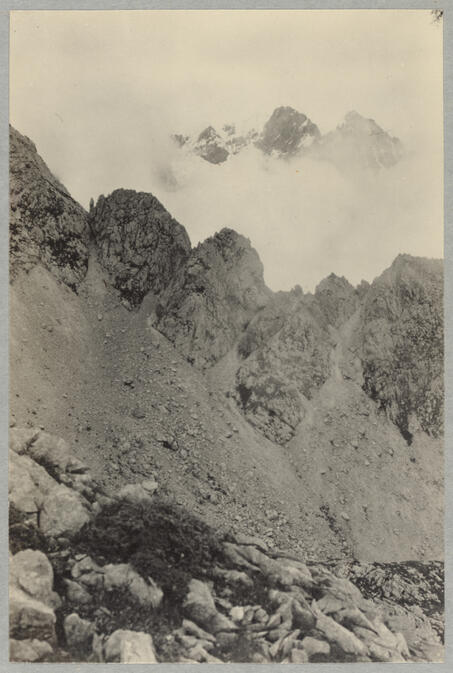 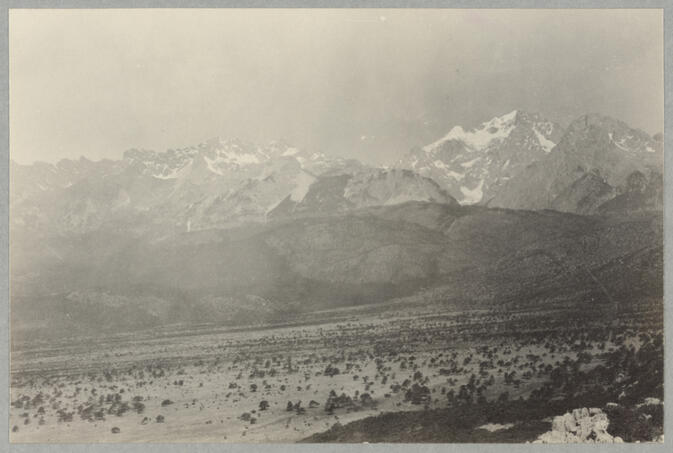 Mountains behind slope with vegetation May 1922

"The Lichiang snow range as seen from halfway across the northern end of the Lichiang plain opposite Nguluke." 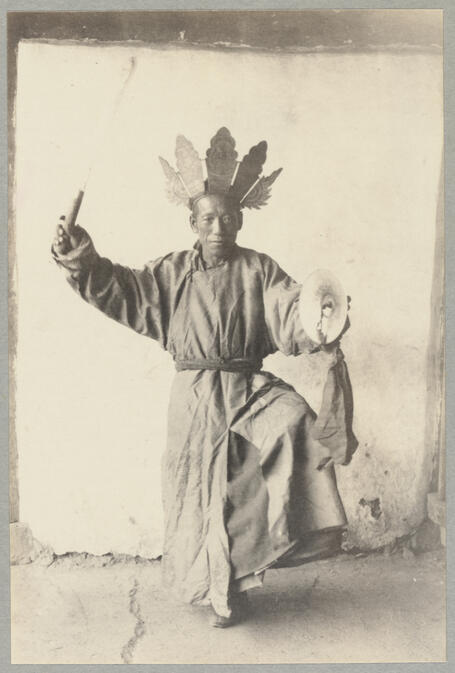 "Moso wizard from Nguluko on slopes of Lichiang snow range; he is in attitude of dancing the sacred Moso dance with sword and gong." 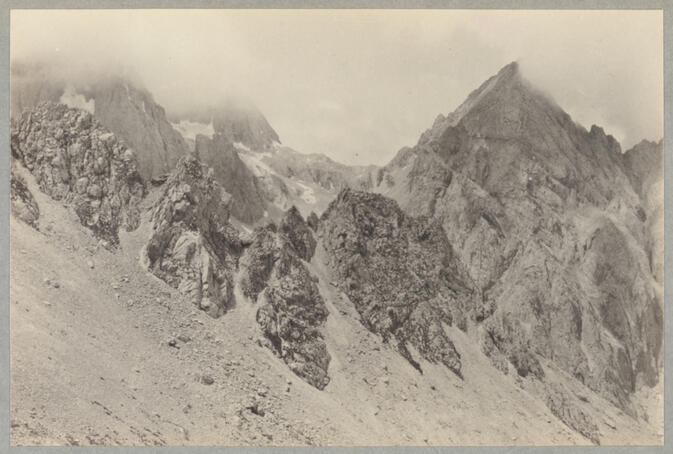 "The limestone crags and peaks below the actual snow peak of the Lichiang snow range, photographed at 16500 feet." 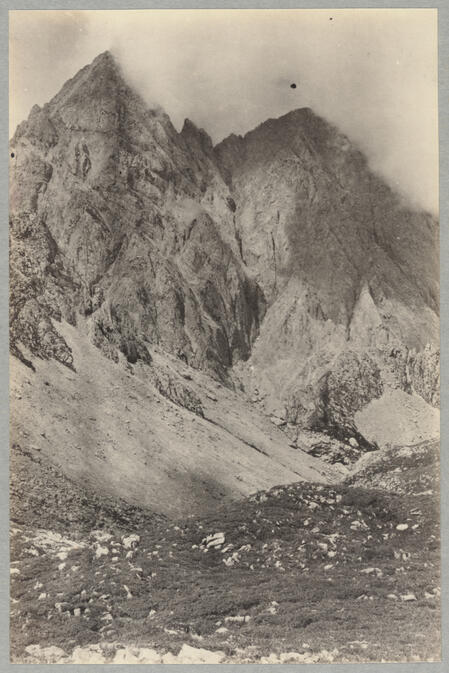 "The limestone crags and peaks below the actual snow peak not visible in this photo. The Lichiang snow range, 165000 ft. elev." 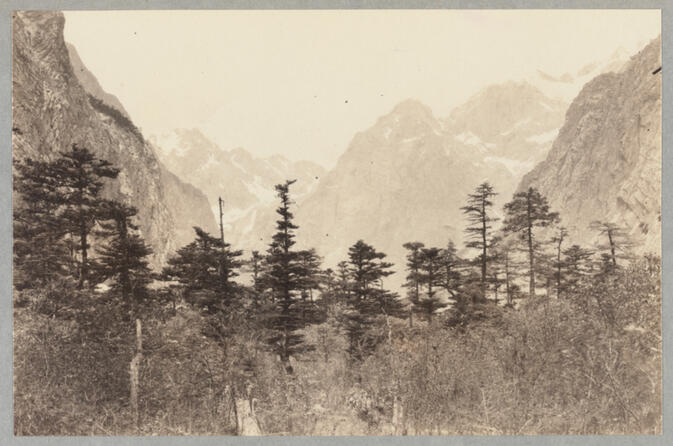 "The Lichiang snow range as seen from the big gulch 30 Li Nguluke." 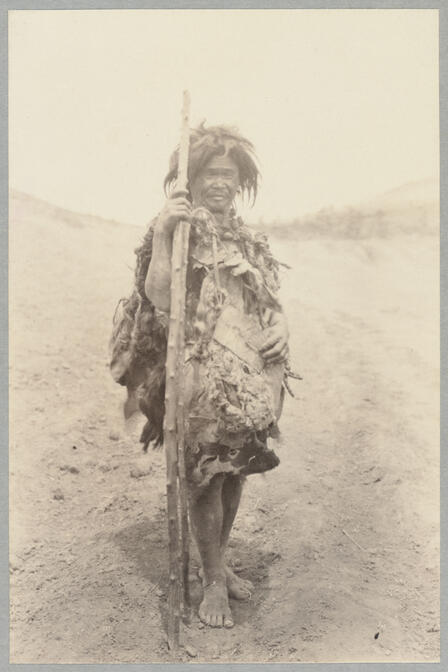 "A native of Lichiang, met on the way to Lashipa on the Lo shin tung plateau." 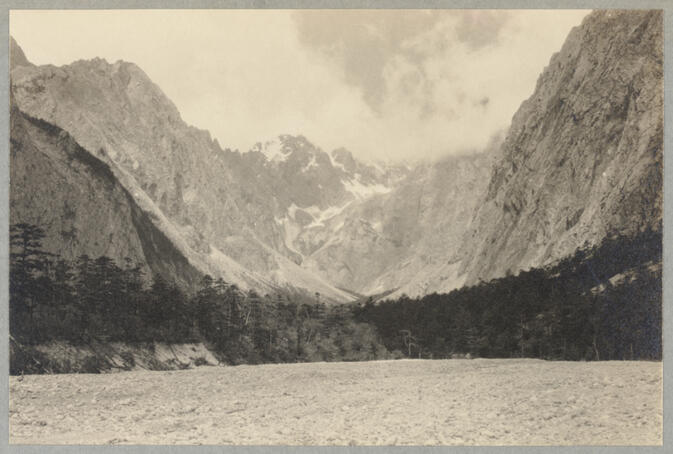 "Looking up the main peak on the eastern flank of the Lichiang snow range, from the broad, dry stream bed." 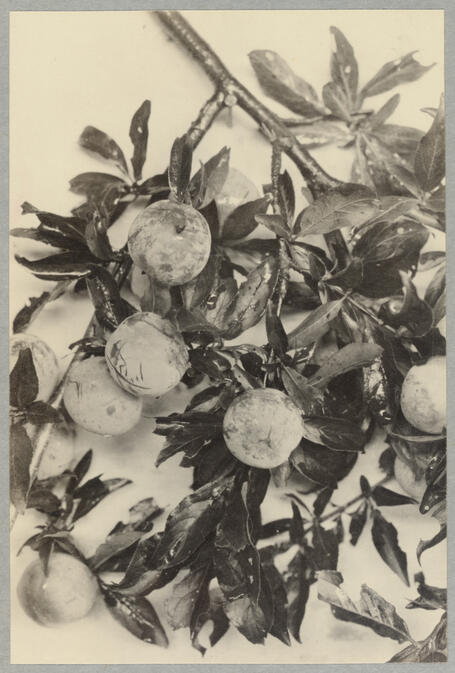 Branch with leaves and fruit September 1, 1922 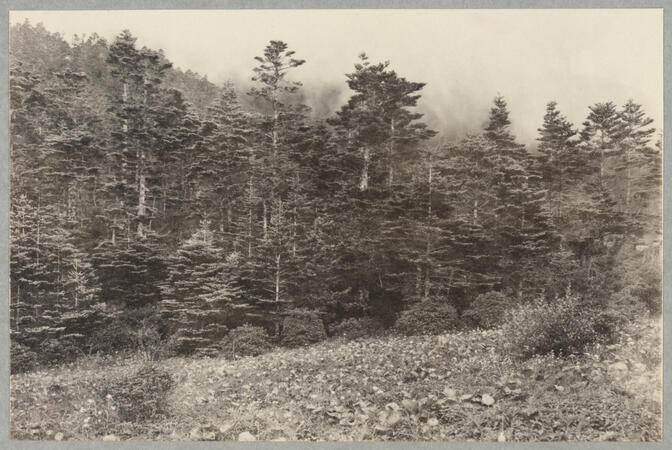 "On the edge of the Mahoang Patze, an alpine meadow on the Lichiang snow range, an elev. of 12000 ft." Trees with mountains beyond May 1922 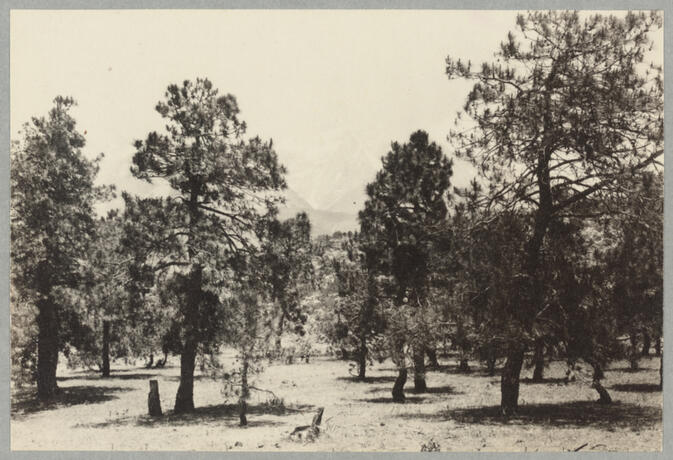 "Pinus sinensis on the extreme northern end of the Lichiang plain." Group of people in native dress with two mounted on horses June 2, 1922

"Tibetans encamped near the Peshive plain, 60 Li north of Lichiang. They came from Tachienlu, a distance of 25 days north." Men with plant specimens sitting outside of house September 1922

"Lan Lee and Sin no (plant collectors) changing driers on plants collected on the Lichiang snow range in courtyard of my Moso house. Nguluko, Yunnan, China."

Astonishing how the tall, mature pine trees were abundant in NW Yunnan a century ago.
Presently,on the west flank of Jade Dragon mountain we can still see remnants of these old growth forests which were chopped down, dragged downhill to the Yangtze and floated downriver...