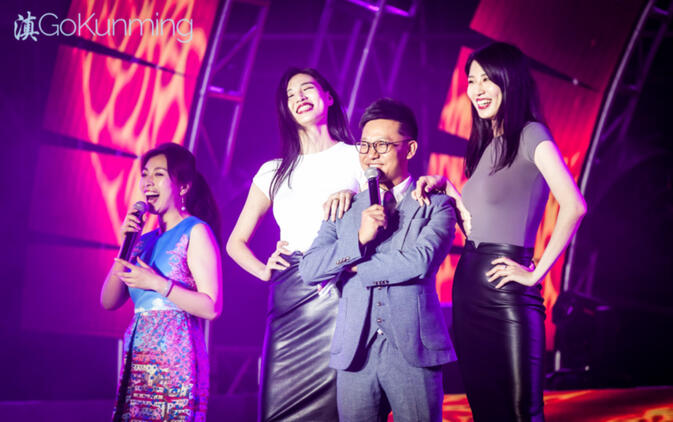 Over the Labor Day holiday, Mojiang in Pu'er Prefecture hosted its annual twins festival. Officially two days long, the festivities ended up stretching just over three, and featured a parade, an enormous feast, a bit of inebriation and an outsized talent show. The draw of Mojiang for many is its high twin birthrate — festival organizers say couples living in and around the town are 25 percent more likely to give birth to twins than the world average. In fact, there is even a local legend surrounding the nearby village of Hexi (河西村), where 100 families have given birth to ten sets of identical twins. 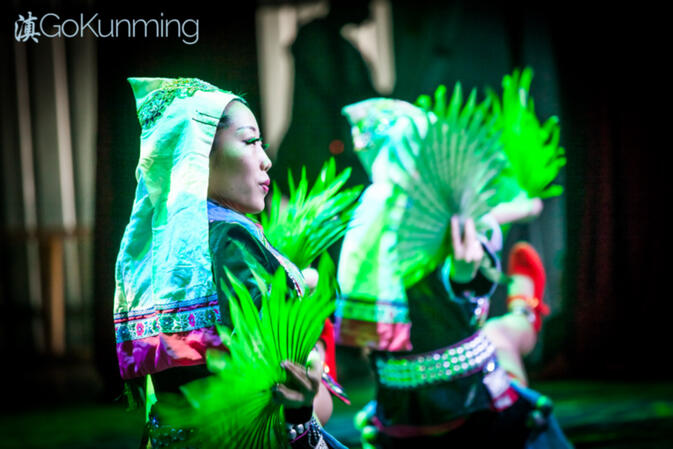 Sprinkled throughout were twins. They were everywhere of course, put through the ringer by a relentless schedule as well as by photo-happy tourists. Everyone came out with a smile in the end, as the weather was perfect and the estimated 190,000 festival attendees went home with some good memories. 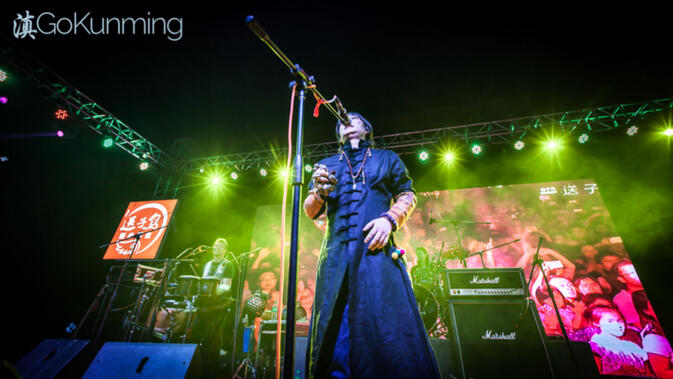 The first unofficial night was dominated by Shanren Band (山人乐队). Fresh off their win of nationally televised music competition Sing My Song, Yunnan's minority rockers did not disappoint. 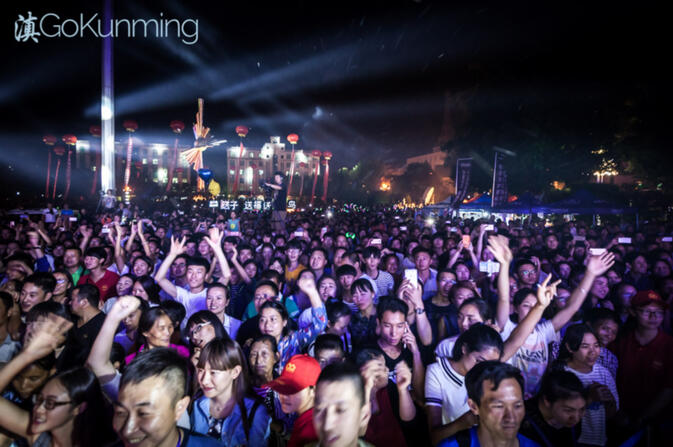 More than 15,000 people packed Mojiang's Sunshine Square for the band's nighttime performance. For many in the gathered crowd, it looked as if the concert might have been their first exposure to live rock'n'roll music. 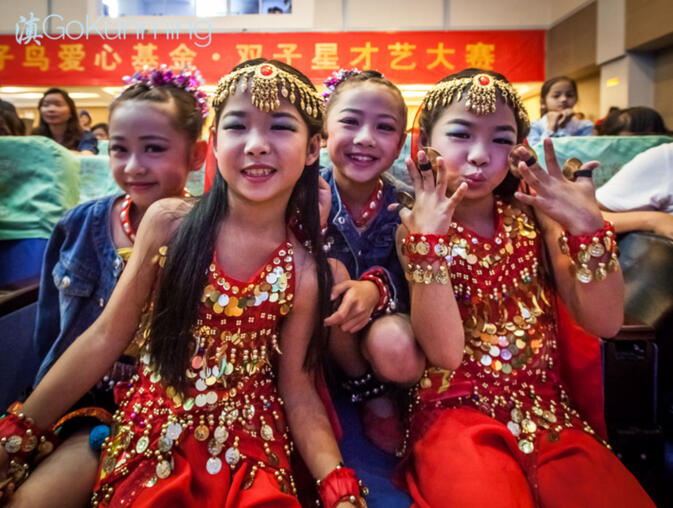 The next morning, the weather dawned clear and hot. Undiscouraged by the heat, throngs of festival-goers poured onto the streets, intent on spotting any twins they could. 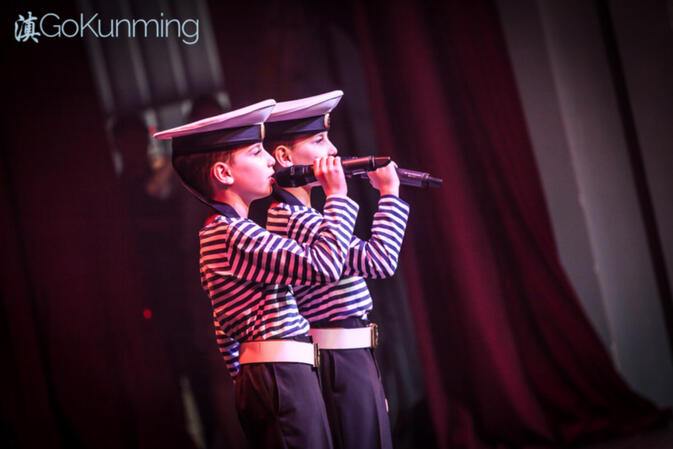 For those holding tickets, an auditorium in the city's radio and television hall hosted a small-scale talent show. It was an appetite-whetter, portending of something much larger later in the night. Ridiculous winds and an unseasonable thunderstorm rolled through town in the afternoon, threatening to ruin the Hani Long Table Feast. Luckily, the weather calmed down and dinner was served. The feast was not to be missed. One thousand tables were laid end-to-end down Mojiang's pedestrian street, seating somewhere between 5,000 and 7,000 diners. 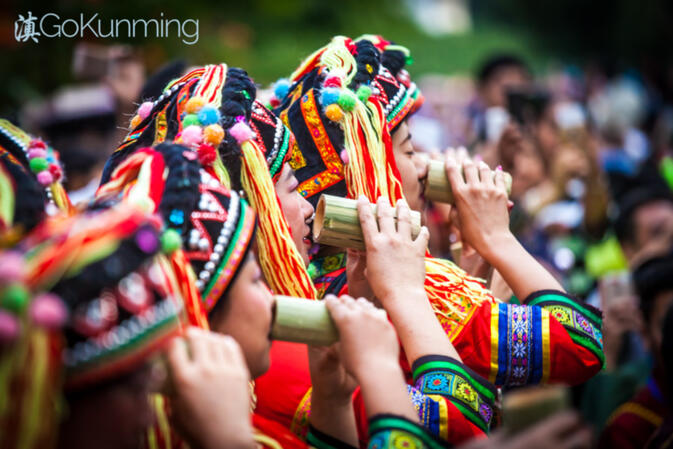 Welcoming all of them were Hani minority men and women decked out in traditional finery. They were armed with one of two things, musical instruments or bottles of extremely potent local baijiu. The meal concluded, people joined a huge migration towards the local football stadium. Thousands of tiny plastic stools awaited them, as did a fairly impressive three-hour spectacle. Twins from thirteen countries took part in the televised event. It was all hosted with aplomb by Su Zhi (苏志) and Chen Yumao (陈羽毛) of Yunnan Television. The extravaganza was not simply a showcase of twin talent, as music and dance interludes also highlighted the evening. Next up in the cavalcade of events was an early morning parade on the last day. Twins, triplets and two sets of quadruplets piled onto floats and stretch golf carts for the ride around town. The parade shut down almost the entirety of Mojiang. Business came to a standstill, shops and restaurants sat empty and the pushing and shoving was held to minimum by very patient policemen and women. The afternoon was left open for twins and tourists alike to recuperate. Many climbed the hill in the center of town to visit Mojiang's Tropic of Cancer Park, which commands nice views of town. Then it was time once more for the talent show, this time the eagerly awaited finals. Again, thousands lined up to watch to see who would be crowned kings or queens of the festival. Two twins from the United States, the Potash Brothers, Ezra and Adeev, nearly won the entire competition. The jury of twins and celebrities eventually awarded them second place. Winning the talent show were two acrobat brothers, Xi Yejie (郗业杰) and Xi Yejun (郗业俊), who performed an incredibly difficult and taxing choreographed routine. Their triumph officially brought the festival to a close. Mojiang International Twins Festival volunteer, Chen Nan, who has worked the last two twin extravaganzas, mentioned as she prepared to leave that little changes year to year, except for one thing, "The number of tourists just never stops growing, and the Mojiang twins family just keeps getting bigger and bigger". Some fine photos, and those of the dishes make me hungry.