Yunnan novel and album to debut at Lyon Biennial 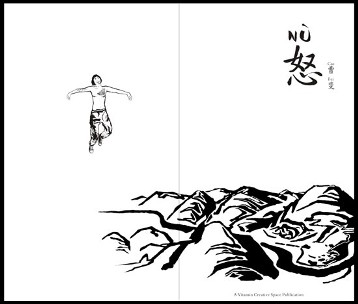 Yunnan's journey from obscurity into the planet's collective consciousness will take another step forward at this year's Lyon Biennial in Lyon, France, which will feature a Yunnan-related installation by Beijing-based artist Cao Fei (曹斐).

At this year's Biennial, whose theme is "00s - The history of a decade that has not yet been named", Guangzhou native Cao will be unveiling her new novel Nù (see cover image above) plus an album of the same name featuring a collaboration between Kunming rapper Tang Renti (唐人踢)and Guangzhou-based rapper/producer A Long (阿龙).

Cao told GoKunming that her installation/double-premiere will feature a film she shot around the Nu River (怒江) in Yunnan. The film focuses on personal beliefs and will be shown in a large tent, which she says will serve as a kind of 'nomad church' - as well as the performance area for Tang Renti and A Long when the installation opens in Lyon on September 12.