By Patrick Scally in Travel on November 3, 2015 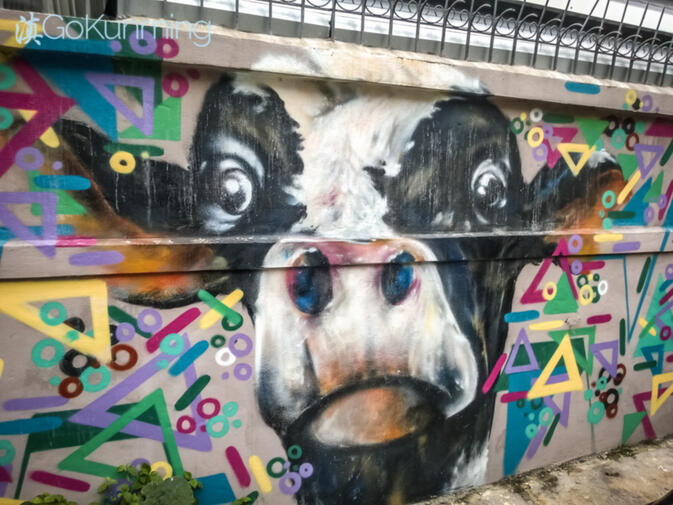 Of all the quick international getaways available from Yunnan, Chiang Mai, Thailand has grown to become one of our favorites. The city itself is changing quickly as it adapts to influx after influx of new tourists. Waves of Chinese have recently brought huge amounts of money to the city and once-derelict or run-down neighborhoods are experiencing a type of gentrified renaissance. 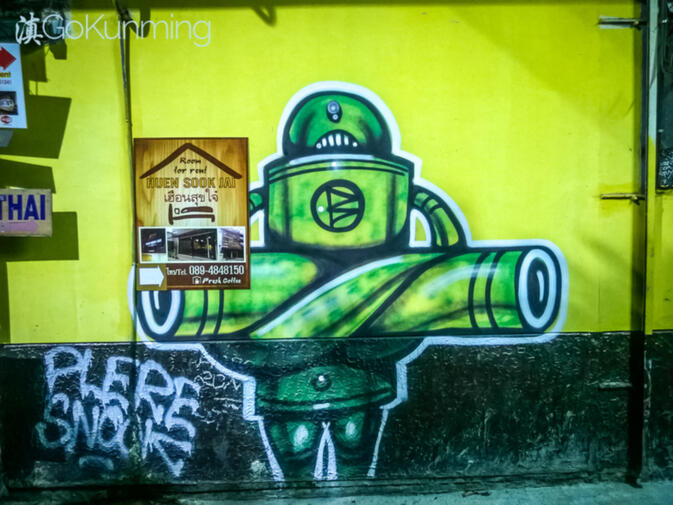 Set amidst this backdrop of change and adaptation is a thriving youth culture now experimenting with all manner of musical styles, cultural imports and stylistic trends. One of the many ways this is expressed is through street art. 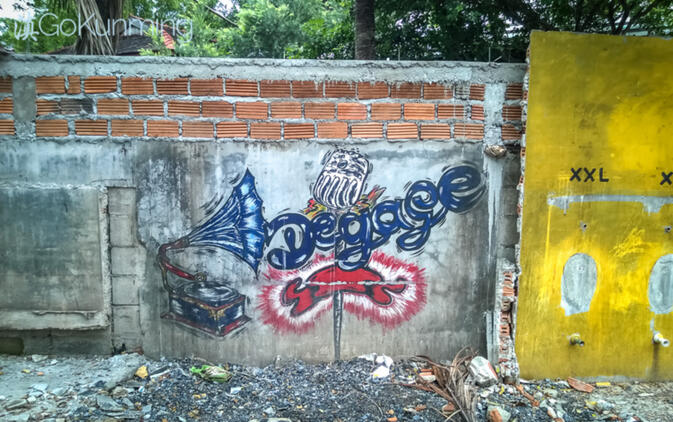 On a recent visit to Chiang Mai we noticed an upswing in the proliferation of graffiti. The usual tags have popped up everywhere, including on street signs, walls and telephone booths. 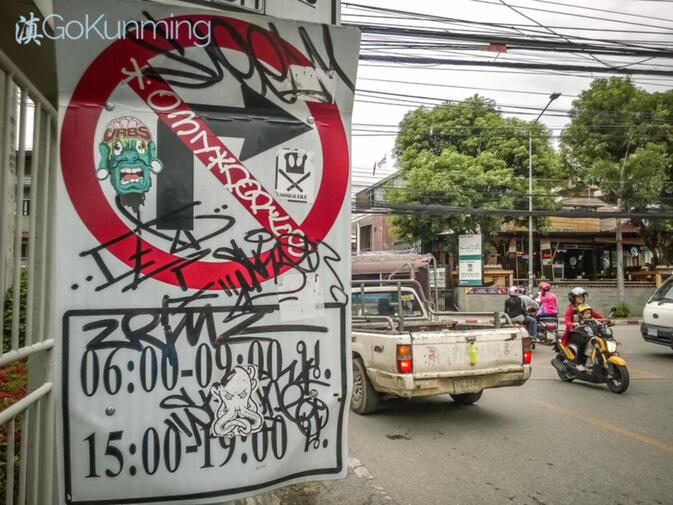 Large scale murals are almost as numerous, prominently incorporated into the decoration of some hip new businesses, while in other sections of town also clandestinely painted under cover of darkness. 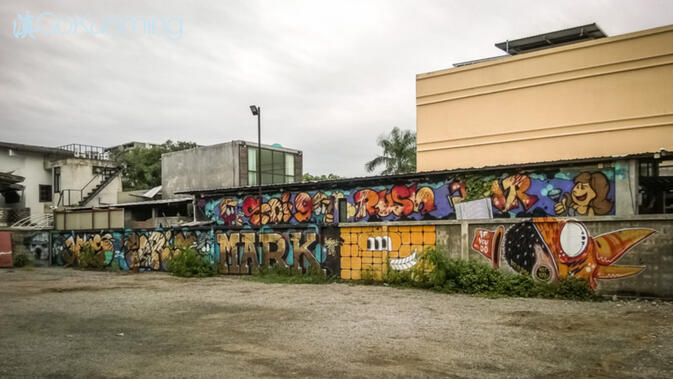 Abandoned lots are the targets of some street artists, as are construction sites and the pull-down metal shutters shopkeepers use to secure their storefronts with each night. 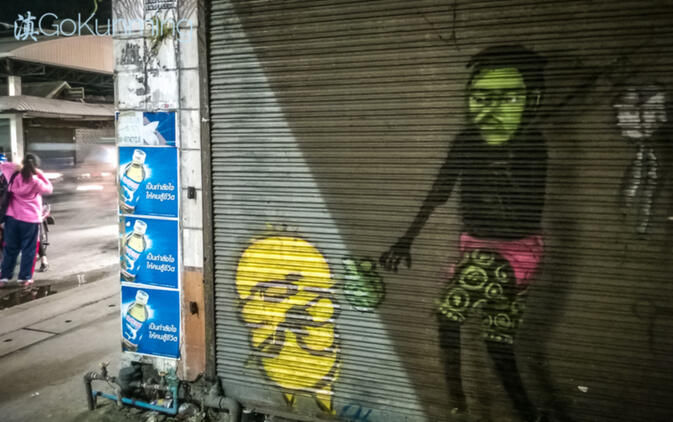 Typical targets, such as alleyway walls and the backs of buildings, are often covered with paint. Because graffiti artists usually tag their work, it is fairly simple to chart an individuals growth — or lack thereof — in skill. 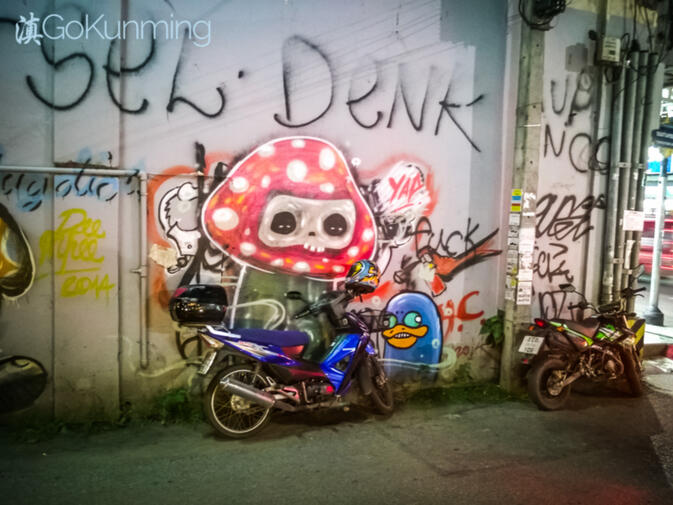 Chiang Mai's old town, home to innumerable wats, temples and monasteries, is a warren of tiny alleys. They provide both canvas and cover for practicing taggers. The walls surrounding temples and historic relics appear to be largely off-limits, possibly stemming from local pride of place and attention to religious sanctity. However, temporary construction barriers around some monasteries do bare their share of graffiti, perhaps because the taggers know they will one day be removed. 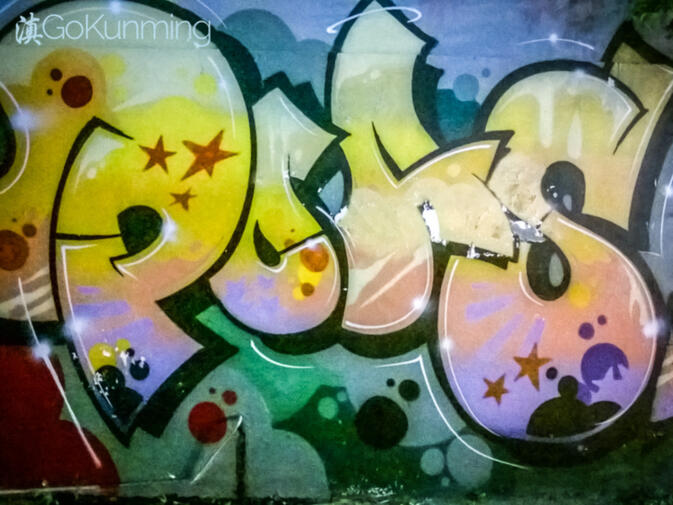 In the old city, graffiti often shows the time constraints artists are working under. Some pictures are half-finished or abruptly cut-off, as if the police or an angry neighbor showed up at exactly the wrong time. 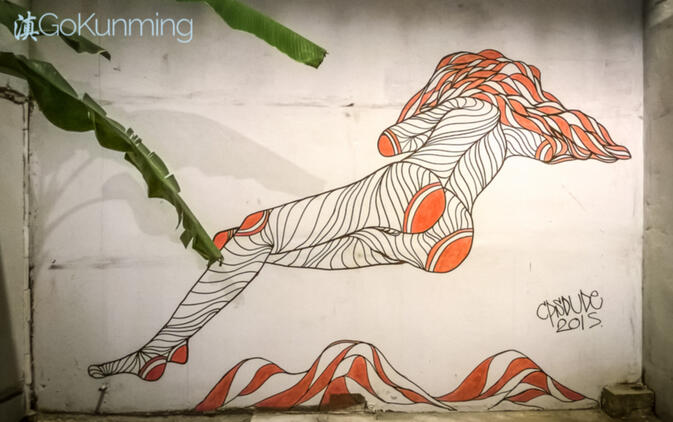 In contrast to this, the up-and-coming area centered around Chiang Mai's Nimman Road is a hotbed of graffiti art. 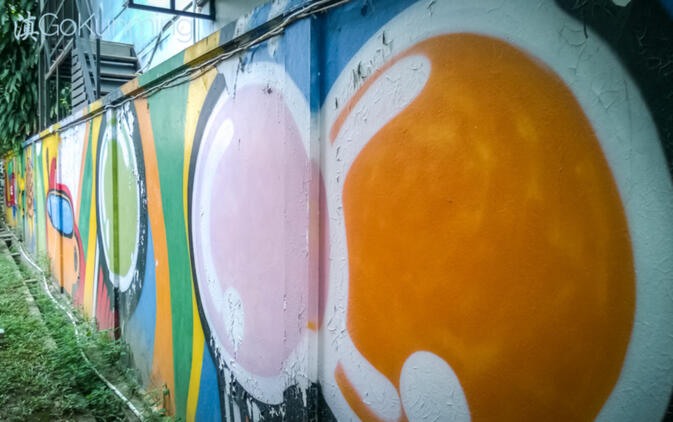 Entire empty lots have been covered with spray paint, adding a bright and creative feel to the shells of old or empty buildings fronted by gravel and trash. Local business people have also adopted street art to make their shops, restaurants and cafes stand out from others, often to varying degrees of success. The Nimman area is filled with coffeehouses, farm-to-table restaurants, hip live music clubs and guesthouses. In an effort to stand out from the rest, graffiti is used to grab attention. As in the old quarter, corrugated steel construction fencing is a favorite canvas, even in front of colonial era buildings undergoing costly upscale renovation. In a city already thrumming with character, wandering the streets of Chiang Mai now offers a new site-seeing activity, although one many locals and tourists might not appreciate. Some real nice artwork there. Thanks!