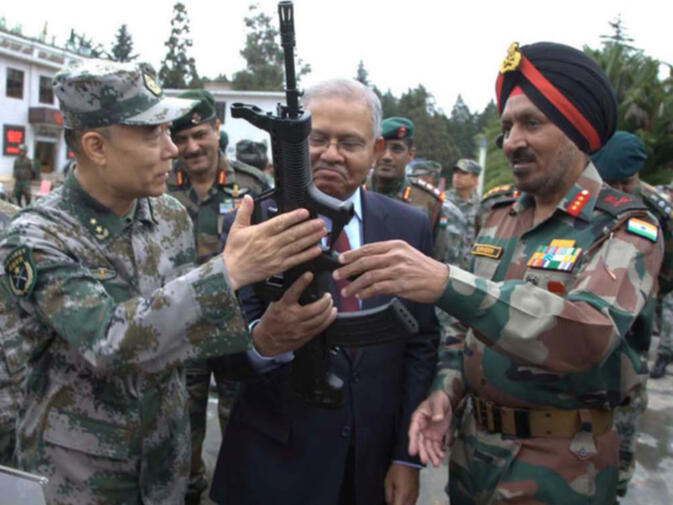 China and India, earth's two most populous nations, have never had the warmest of relations. The key point of contention is always border disputes. Traditionally, the Chinese government has laid claim to portions of what India claims to be areas in Arunachal Pradesh, Jammu and Kashmir. This source of diplomatic conflict escalated, most famously, in the Sino-Indian War of 1962.

Over the subsequent decades, multiple attempts have been made to warm the relationship. That said, economic development between the two nations has never been as successful as each side had hoped. Longstanding plans to rebuild the World War II-era Stilwell Road — thus providing the two nations an overland trade corridor — were shelved in 2010. After years of negotiations, they were revived earlier this month.

The trade corridor would connect Kunming with the city of Kolkata in West Bengal. It would also bring remote regions in Myanmar, Bangladesh and northeast India into the greater economic sphere. However, any results from this development, positive or negative, will take several years to become apparent.

More immediately, joint military training between the two nations have proven to be fruitful in building a tenuous trust. Called 'Hand in Hand', these operations have promoted cooperation between China's People's Liberation Army and the Indian Army. In 2007, they took place in Yunnan, while the 2008 version was held in Belgaum, India. Due to recurring border disputes, relations took a turn for the worse in 2009 and have been hot and cold ever since.

Tensions thawed enough to resume the program after former Indian Prime Minister Manmohan Singh visited China for the Brazil, Russia, India, China, South Africa summit. Relations further improved following a meeting between Narendra Modi and Xi Jinping, during the latter's three-day trip to India in 2014. These events allowed for the commencement of 'Hand in Hand' events in 2013 and 2014, in Sichuan, and Pune, India, respectively.

This week marked the start of 'Hand in Hand 2015'. The exercises are once again taking place in Yunnan province. On October 12, the program got underway with an opening ceremony held at the Kunming Military Academy. The program will last twelve days, and focus on counter-terrorism and disaster relief training. It is the hope of both sides that the exercises will lay the groundwork for more productive inter-governmental cooperation and eventually, increased trade.

At the opening ceremony, representatives from both governments jointly gave an address. According to website NetIndian, Lieutenant-General Surinder, head of the Indian delegation, expressed a desire that the exercises become a "landmark in the history of bilateral relations between the two nations".

Lieutenant-General Zhou Xiaozhou, head of the Chinese legation, said the military operations would be important in deepening "mutual cooperation and establishing a closer developmental partnership". He also said expanding the breadth of interactions between the two countries and promoting positive relations would make way for more mutual exchanges between both militaries.

Lastly, Ashok Kantha, Indian Ambassador to China, spoke of the need for joint counter-terrorism practices, as well as of the importance of expanding general defense cooperation. In conjunction with the launch of 'Hand in Hand 2015', the two governments also issued a joint press release which reiterated a shared goal to "strengthen and broaden inter-operability and co-operation between the Armies of the two countries as well as complement a number of other exchanges between the two forces".

Hand in Hand - with an automatic weapon in hand - Ironic.