By Patrick Scally in Features on September 24, 2015 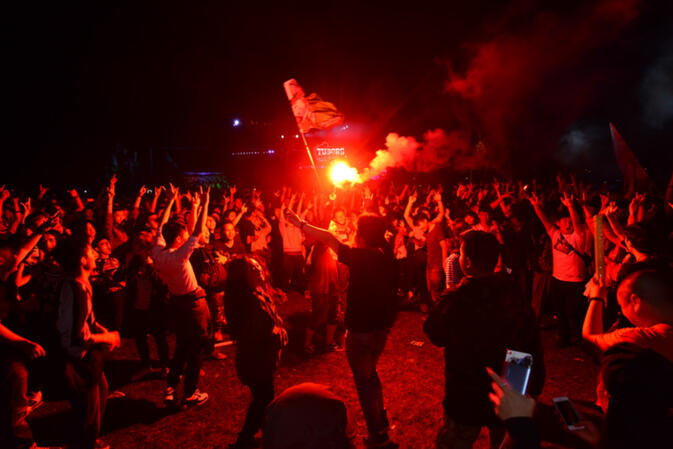 The 2015 Greenfest Music Festival was held September 19 and 20 at Kunming's enormous Hongta Athletic Center (昆明红塔体育中心) in the city's south. Weather, which had been less than desirable, broke, providing a comfy backdrop for two days of metal, punk, new wave, rap, psychedelia, rock, 50s-inspired pop and more. 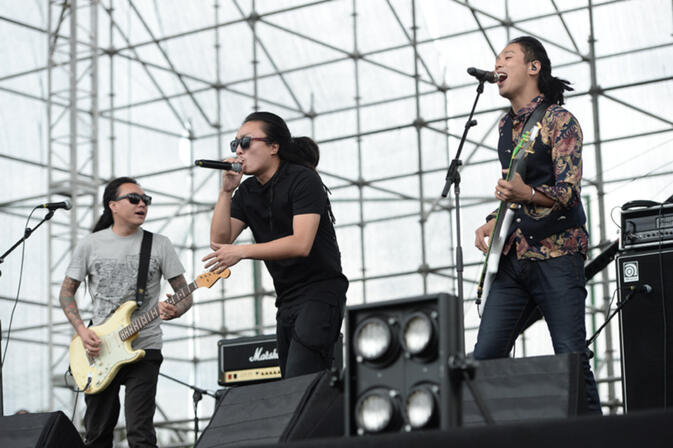 Once dubbed "China's biggest hippies", Longshendao (龙神道) represented for the reggae-heads. Their sound blends classic reggae riffs and traditional Chinese instruments such as the guzheng. 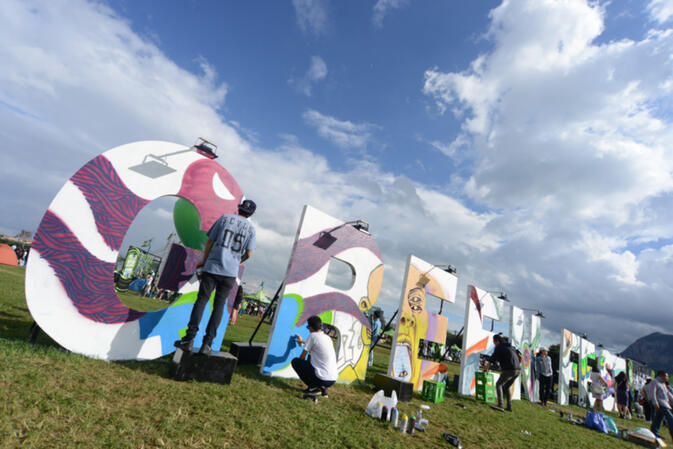 There was plenty to augment the music at this years's Kunming version of Greenfest, including the public 'graffiti wall' pictured above. 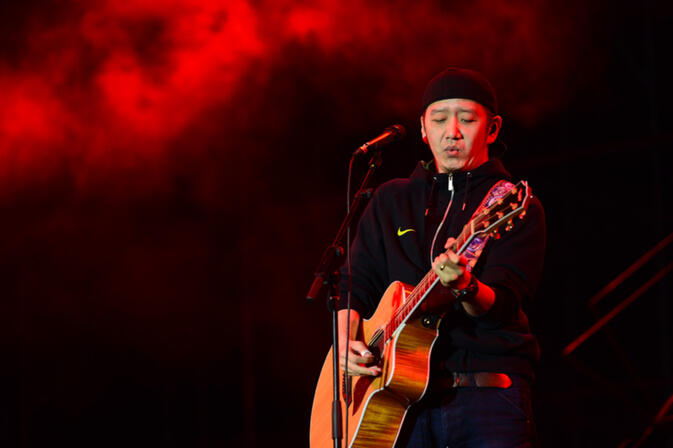 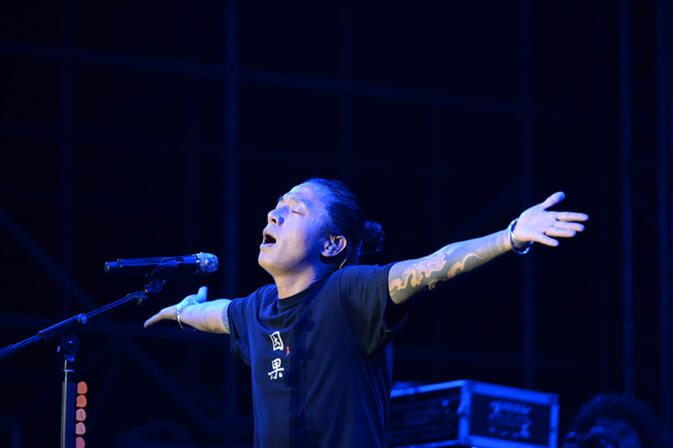 Hao Yun was followed by Miserable Faith (痛仰). The band is a stalwart of the Chinese metal scene, first formed more than a decade and a half ago in Beijing and still go strong in 2015. 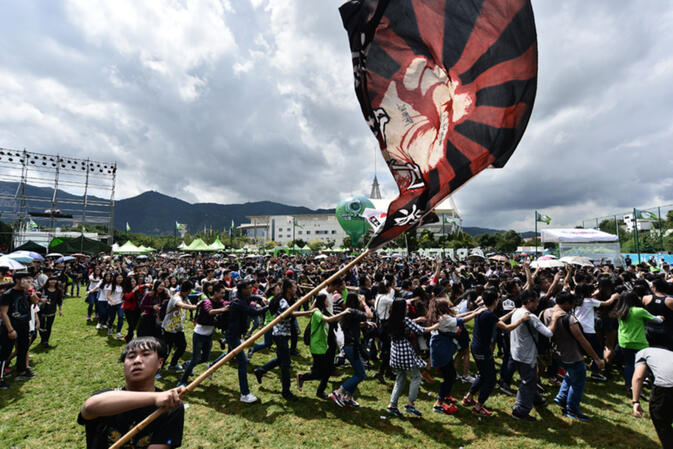 The crowd gets into it, although it a bit of an unexpected way. The world's longest conga line? Maybe. But regardless, the guy with the flag got a good workout. 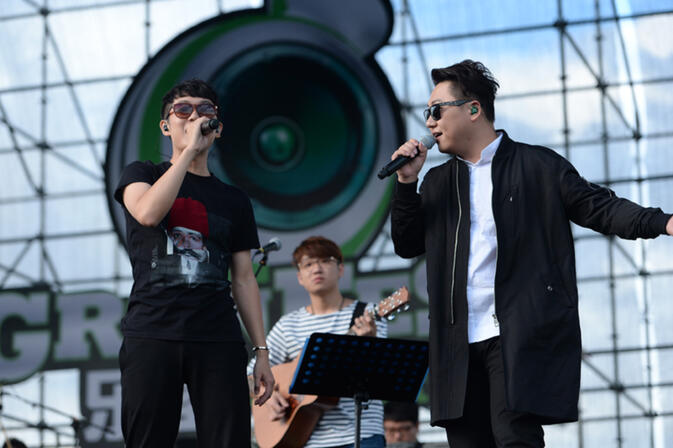 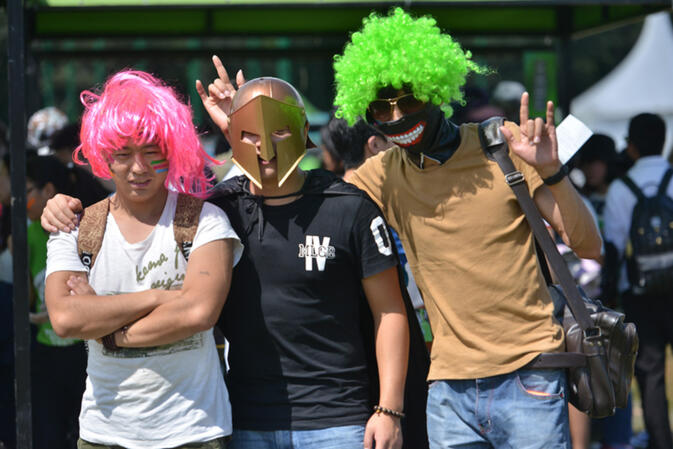 A mainstay of Tuborg's Chinese music festivals are wacky photo studios equipped with make-up, wigs and masks. Concertgoers are encouraged to dress strange, although these three may have brought their own supplies. 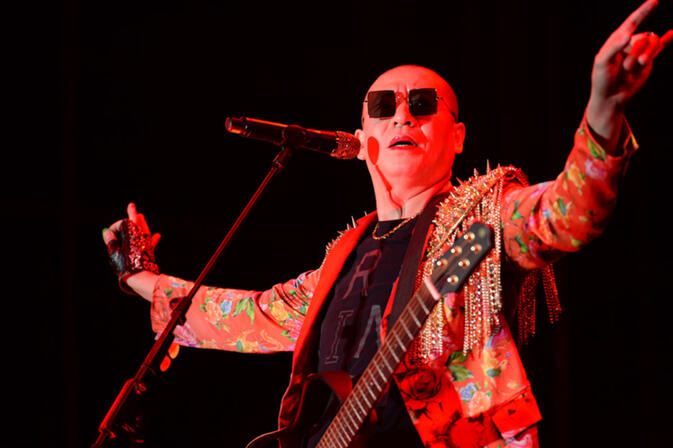 Also from Beijing, Secondhand Rose (二手玫瑰) performed on Sunday. Their 'alternative' music has made them one of China's most consistently popular bands for nearly ten years. 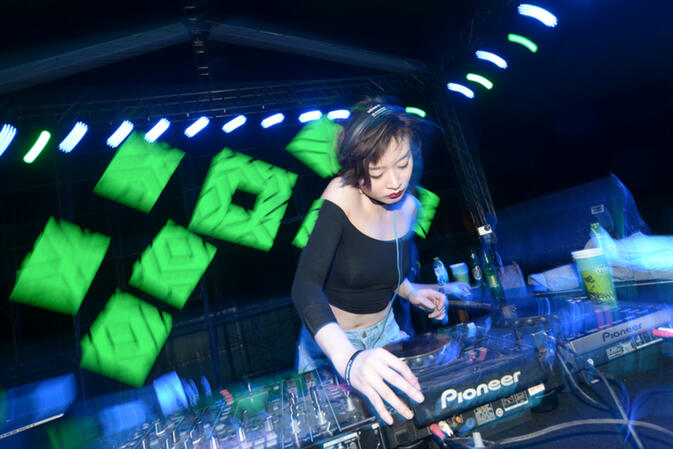 On each of the festival's two nights, DJs took over as the sun went down. Above, Coco Van Kleef — perhaps the country's most well-known female turntablists — takes to the decks. 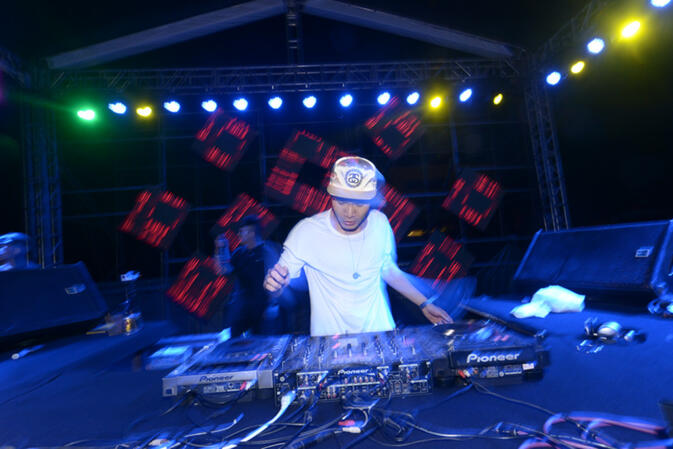