By Richard Diehl Martinez in News on August 6, 2015 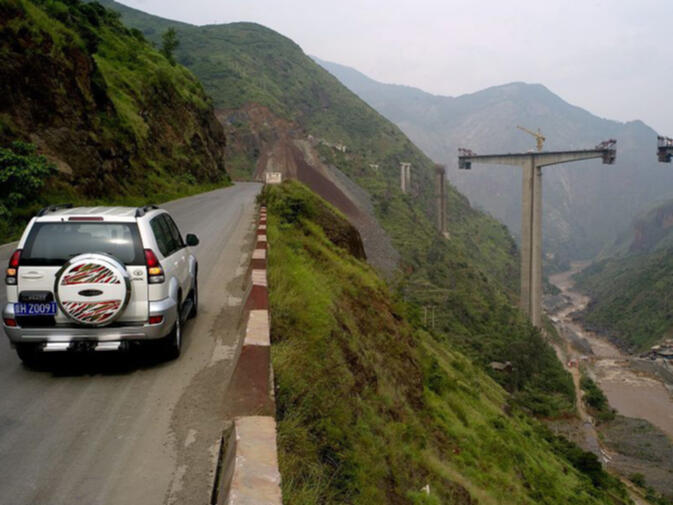 Zhaotong Prefecture is historically one of the poorest places in the province, a problem publicized nationally following a devastating 2014 earthquake. Short-term rebuilding efforts are now giving way to lasting solutions, as provincial and national infrastructure money is pouring into northeast Yunnan in the hope that increased interconnectivity will bolster the region's flagging economy.

The Yunnan Road Investment Company (云南省公路投资公司) this week announced it had signed several contracts with the governments of Yunnan, Sichuan and Guizhou to construct or upgrade five highway networks. These are planned to further link cities — especially those in Zhaotong — not only to Kunming, but also to more prosperous metropolises including Chengdu, Chongqing and Bijie (毕节).

The 60.8 billion yuan (US$9.8 billion) endeavor covers 418 kilometers of new highways planned to traverse much of Zhaotong. Each of the planned highways will stretch no more than 120 kilometers, but will reach traditionally underserved places in the prefecture such as Qiaojia (巧家县) and Zhenxiong (镇雄县) counties. Construction of the entire network is projected to take three years, in part due to Zhaotong's mountainous terrain.

By linking this oft-forgotten part of Yunnan to southern Sichuan and western Guizhou, the provincial government expects to bring greater economic development to the many isolated regions of Zhaotong. In part because of the prefecture's topographical features and its impoverished legacy, many northeastern Yunnan cities, such as Weixin (威信) and Yiliang (彝良), have remained alienated from business and trade. Zhaotong's largest highways — the G213 and G326 — only service limited parts of the prefecture, leaving many others accessible only by smaller, less developed roads.

The lack of connectivity has aggravated the poverty prevalent in northeast Yunnan. As a whole, the province remains one of the poorest in the country, and Zhaotong, where agriculture is one of the only sources of revenue, has fallen considerably behind all other areas in Yunnan. With an average disposable income of only 540 yuan (US$87) per month, more than a quarter of Zhaotong's inhabitants fall below the poverty line.

A corresponding lack of access to adequate schools, healthcare and medical institutions persists as a large-scale problem for the area, which accordingly now suffers from increasingly high rates of emigration. To make matters worse, a 6.5 magnitude earthquake struck the region in August 2014, leaving much of the prefecture destabilized. Hundreds of people were killed, and more than 200,000 people were displaced or left homeless following the quake.

The new highway project was announced one year to the day after the Ludian earthquake. In addition to raising the standard of living in Zhaotong, better connectivity between regions in Yunnan, as well as to other areas in China, aims to bolster the province's economy. Over the past decade, Yunnan's government has vigorously engaged in enormous infrastructure projects with similar objectives. These include intra-province railroad ventures and the construction of several new airports.

First thing's first, they should finish the highway from Kunming to Zhaotong. They've been working on it for years and it still isn't finished.