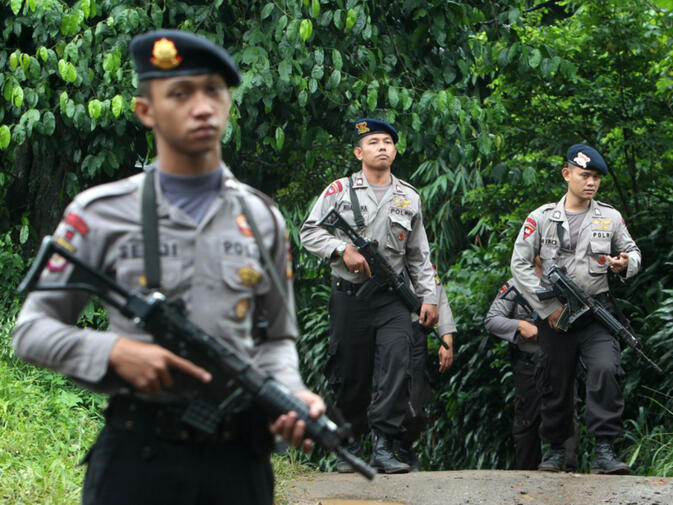 Four men suspected of planning the 2014 Kunming train station attack were arrested this week in Indonesia. According to a report in the Jakarta Post, the Chinese and Indonesian governments agreed to enhance counter-terrorism cooperation in exchange for information regarding nine Chinese nationals suspected of planning the Kunming terrorist attack. The agreement was signed by the head of the Indonesian National Counterterrorism Agency (BNPT), Commander General Saut Usman and China's Deputy Public Security Minister Meng Hongwei in Beijing on February 10.

The terror suspects were reportedly arrested on Monday near Poso, Central Sulawesi Province. Speaking after the signing of the cooperation agreement, Saut, director of the BNPT, said that only four of nine suspects were arrested. Of the remaining five, three fled into the Sulawesi jungle, while two others escaped to Malaysia. After being picked up by police, the four suspects initially admitted to being Chinese nationals from Xinjiang, however, they later changed their story, saying they were from Turkey. China and Indonesia signed an extradition treaty in 2009 so if it is true the suspects are indeed Chinese nationals, it is likely they will soon be sent to China to face charges.

In recent years, more and more Uighurs have fled China through Yunnan and into Southeast Asia. In March 2014, a group of more than 200 Uighur refugees were found in a Thai human trafficking camp near the Malaysian border and earlier that month more than 60 Uighurs were caught escaping into Malaysia. In both cases, those in question claimed Turkish nationality. In previous instances, Uighurs found immigrating illegally into Cambodia and Malaysia were extradited back to China, where they were imprisoned.

In Chinese media, connections between the suspects and the Islamic State in Iraq and the Levant have been made. According to a story on Sina, the four suspects were found with Islamic State paraphernalia, leading some to believe that they have a relation to the terrorist organization. To date, more than three hundred Chinese nationals have joined the Islamic State, and recent reports say that three Chinese fighters were beheaded earlier this month as punishment for defection from the group.

Though the exact story of their arrival in Sulawesi is murky at the moment, Saut believes the suspects pursued this week are indeed from China. He told Antara news agency:

They are believed to have fled to Poso by taking the land route through Myanmar, southern Thailand and Malaysia. From Malaysia, they entered Indonesia through Medan with Turkish passports and they posed as asylum seekers when they were in Medan.

According to Saut, the terrorism suspects went to Puncak in Bogor, Java, to join a group of people from the Middle East who wanted to go to Poso.

Central Sulawesi has long been one of Indonesia's most unstable regions. Starting in the late nineties, tensions between the province's Muslim and Christian communities began to boil over before a spate of violence gripped the province. A series of bus attacks in Poso in 2002 and the beheadings of three teenage girls in 2005 brought a certain notoriety to the region and to this day it's known as a hotbed for extremist activity in the Indonesian archipelago.

The timing of the arrests and the signing of the counter terrorism cooperation agreement between the two countries is unlikely to be a coincidence. According to information received from the Indonesian Embassy in Beijing, the suspects' names were on international terrorist watchlists and it is probable that Indonesian authorities picked them up independently of Chinese involvement. Following their arrests, it is likely that the Indonesian government used the news as a bargaining chip to get the Chinese to sign the bilateral cooperation agreement. The arrests, being related to such a high-profile case, and the cooperation agreement, should be seen as victories for Indonesia, whose relationship with China is growing closer, despite persistent maritime issues.

Editor's note: The preceding article was written by William Feinberg and originally published on website East By Southeast (ExSE). It is reprinted here, with permission, in its entirety.