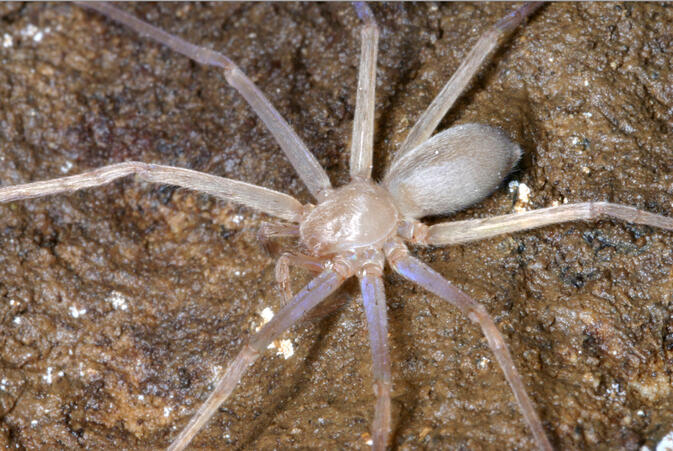 Lost amid day-to-day life in the province's larger cities is the idea of just how much biodiversity exists in Yunnan. The province is home to half of China's known bird and mammal species and has been said to contain as many flowering plants as the rest of the northern hemisphere combined.

Despite brushes with extinction for some endemic species, those eye-popping numbers continue to grow as scientists venture further into the province's less-explored wild places. Discoveries are of course not limited to Yunnan, as a new report entitled Mysterious Mekong compiled by the World Wildlife Fund (WWF) reveals. Over the past two years, according to the WWF document, 367 new species have been identified by scientists working in the Greater Mekong Region (GMR).

The GMR comprises the Chinese provinces of Yunnan and Guangxi, as well as the Southeast Asian countries of Cambodia, Laos, Myanmar, Thailand and Vietnam. The treasure trove of newly identified species consists of 290 plants, 28 reptiles, 24 fish, 21 amphibians, three mammals and one bird. Although not all of the organisms mentioned in the WWF report are new to science, those that were previously known have been found to be residing in entirely new habitats.

Of the species identified, 68 dwell in Yunnan. One of the more intriguing of these include a venomous snake whose entire body is black with red ringlets, save for a brightly colored head. Although the White-head Burmese Viper (Azemiops kharini) has a relative with a range stretching across much of eastern China, it appears the two species have never met. The newly found serpent is thought to live only west of the Red River, while the related Black-head Fea's Viper (Azemiops fea) is found east of the waterway.

Other interesting animals found over the past two years include several that are oddly fond of flying. These include a new species of parachute gecko, Ptychozoon kaengkrachanense, in Laos, the ten-centimeter Helen's Flying Frog (Rhacophorus helenae) in Vietnam and a giant flying squirrel (Biswamoyopterus laoensis) in Laos. Another oddity, which can neither fly nor see, is a venomous species of huntsman spider (Sinopoda scurion) with no eyes. It is the only known blind species in its family of 1,100 arachnids.

The recently released WWF report builds on a similar one issued six years ago. The 2008 version listed all of the 1,068 species discovered in the GMR over a period spanning ten years from 1997 to 2007. As with the previous edition, this year's document hails the collective scientific effort required to track down and identify new species as "extraordinary", but is also tempered by dire warnings. According to the report:

Today the Greater Mekong [R]egion forms part of one of the five most threatened biodiversity hotspots in the world. Rapid unsustainable development, including poorly planned infrastructure, uncontrolled and non-transparent extractive activities, and agricultural expansion, as well as the rampant wildlife trade, are profoundly degrading the health of the region's ecosystems — and consequently, the well-being of the millions of people who directly depend on natural resources. Warmer temperatures, and more extreme floods, droughts, and storms as a result of climate change, only exacerbate these pressures.

While the threats to biodiversity listed in the WWF document are leveled against all GMR countries, China has been singled out in the past. A series of cascade dams along the Mekong River — known as the Lancang River (澜沧江) as it flows through Yunnan — were once labeled by the United Nations as "the single greatest threat" not only to the flora and fauna of the region, but also to the 65 million people living and earning their livelihoods in the river basin.

Wow, what an amazing world we live in : )

Can you put the QR code on here, so I can share this article on Wechat please?