Yunnan governor reaches out to Bangladesh 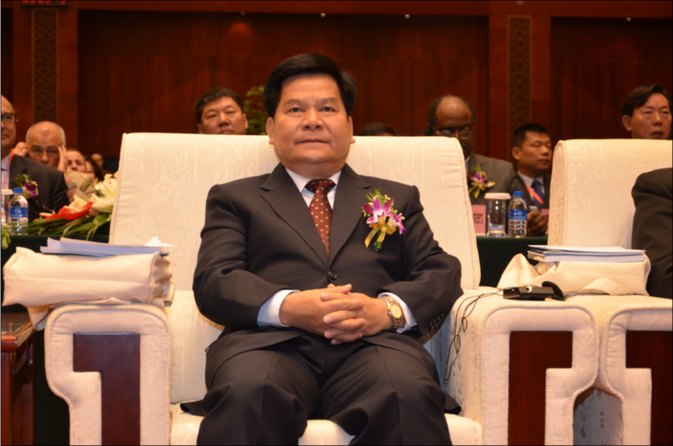 The governor of Yunnan has been busily visiting nearby countries in an effort to increase international business conducted in the province. Most recently, Li Jiheng (李纪恒) traveled to Bangladesh to meet leaders there and urge them to use Yunnan as a gateway to Chinese commerce and investment while also pushing a long-proposed trade scheme.

Li visited the world's eighth most populous country on Tuesday, where he met with Sheikh Hasina, the country's prime minister. Chief among the topics discussed by the two leaders were ways to strengthen bilateral ties. Bangladesh and Yunnan currently enjoy annual trade totaling 807 million yuan (US$130 million), an amount which Li characterized as "well below its potential".

Hasina was presented with a personal invitation letter signed by Chinese premier Li Keqiang (李克强) requesting she attend the China-South Asia Expo. The trade show, held this year for the second time, will take place in June at the Kunming International Convention and Exhibition Center. In 2013 the Expo generated memoranda of understanding between China and 41 other countries worth US$17.47 billion — or roughly one-tenth of Yunnan's total gross domestic product in 2012.

Last year's Expo was billed specifically as a forum for China and India to increase bilateral ties. The goal in 2014 appears to be largely the same but this time China may be trying to get to India through Bangladesh. Perhaps Li Jiheng's most important mission while in Dhaka, delivering invitations aside, was to once again raise the question of a trade corridor connecting Kunming and the Indian city of Kolkata, which he did while meeting with Hasina.

The proposed trade route, referred to as the Bangladesh-China-India-Myanmar (BCIM) trade corridor, would begin in Kunming and head west for 2,800 kilometers before ending in India. Initially called for publicly in India almost a decade ago, the project calls for rebuilding parts of an old World War II convoy route alternately known as the Stillwell, or Ledo Road. China has at various times pushed India hard on contributing to the route's funding and construction, and now appears to be doing the same in Bangladesh.

Any progress on the corridor has often been met by equivalent reversals. These have taken many forms but often stem from strained political ties between two or more BCIM nations. It now seems that regardless of how close China and its South Asian neighbors become, the major stumbling block surprisingly could be a long-standing Chinese ally, Myanmar.

The relationship between the governments of China and Myanmar has soured recently and Burmese public sentiment is increasingly turning against several gigantic Chinese-funded infrastructure projects in the country. Nonetheless, China appears to be playing a long game in its quest to expand trade ties with India. If Bangladesh, a country seen as possessing a promising emerging economy, can be included in China and India's rapprochement, perhaps Beijing expects Myanmar will play along. 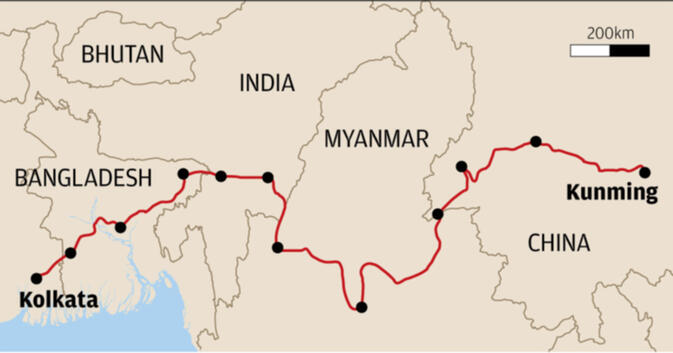 Route of the proposed BCIM Corridor connecting Kunming and Kolkata