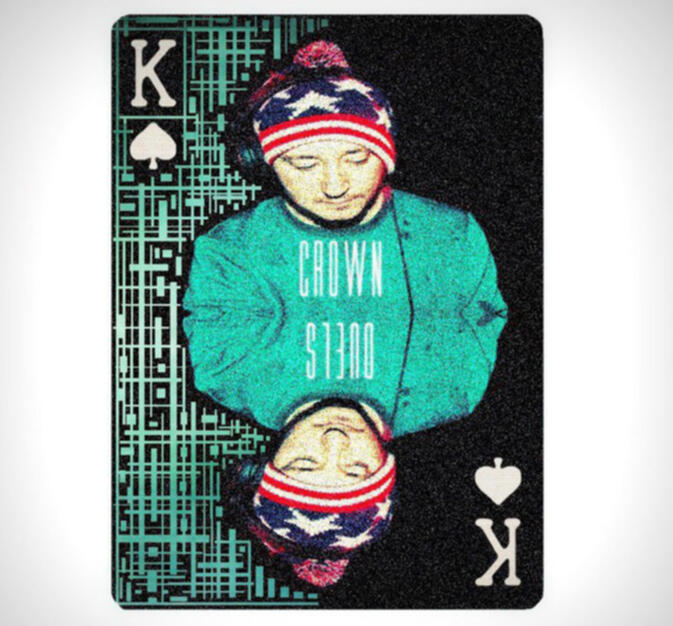 The United Kingdom has been at the forefront of Electronica since its inception, churning out some of the scene's finest DJs, who have themselves conitnued to push the genre's evolution. Enter Crown Duels, an up-and-coming duo from Birmingham, whose warm yet intense, smooth yet raspy, blend of bassy house/garage music has quietly and steadily garnered the attention of both casual listeners and enthusiasts.

After a warm welcome in Beijing last year, they are set to return to China for a three- week, six-city tour. Stops include Beijing, Chengdu, Chongqing, Nanjing, Shanghai and a March 1 gig in Kunming. The Spring City show will be held at Vervo Club & Bar and feature Crown Duels and De$ignated. We caught up with one half of Crown Duels, Rob Tanzy, for a short chat just as he was preparing to board his long flight to China.

GoKunming: How long have you been DJing and how did you get into it?

Rob Tanzy: I've been DJing about ten years. I loved UK garage back then and I still do now. I used to play the violin and keyboard quite a lot when I was younger and this may have helped me with learning how to beat match, I would say.

GK: What devices/machines/gadgets/gizmos are you using right now?

Tanzy: I'm just getting into Traktor and Maschine is also a great piece of kit! And the new Roland stuff looks amazing!

GK: There are so many ways to categorize music these days — raggacore, trapstep,
moonbaton — how do you describe yours?

Tanzy: Hmmmmm...hard one as I have two styles. Maybe UK bass and UK garage would be the simplest way to describe my sound.

GK: What does Crown Duels mean? Where does the name come from?

Tanzy: Crown Jewels and Crown Duels are just words that sounded the same with different spellings. Plus there are two of us for the live show so 'duels' sat quite nicely.

Tanzy: The Birmingham scene is good, I suppose. But Bristol has to be my favorite place to play. Things are definitely more about the music there rather than just being about going out and not really supporting artists.

GK: What's the best or most influential concert you've been to in your life?

Tanzy: 123Mrk was a big influence to me, I love how original his sound is. The most influential show I went to was Trentemøller at the Custard Factory [club in Birmingham] years and years ago. He really took the live show experience to a new level in my eyes.

GK: What have been some interesting places you've played while on tour?

Tanzy: Belgium was nice to play, but I would say this China tour will top it all though.

GK: What caught your eye the last time you were in China and what was that first experience in Beijing like?

Tanzy: I saw quite a bit last time I came out in October. Dada in Beijing was amazing! They really looked after us. I haven't had chance to explore it all yet but I'm sure I will on this tour!

GK: What do you think is the outside world's biggest misconception about China?

Tanzy: Definitely the food, the Chinese food in England is a thousand times different to the actual real food you guys have there. One hundred times better [in China] in my opinion as well. 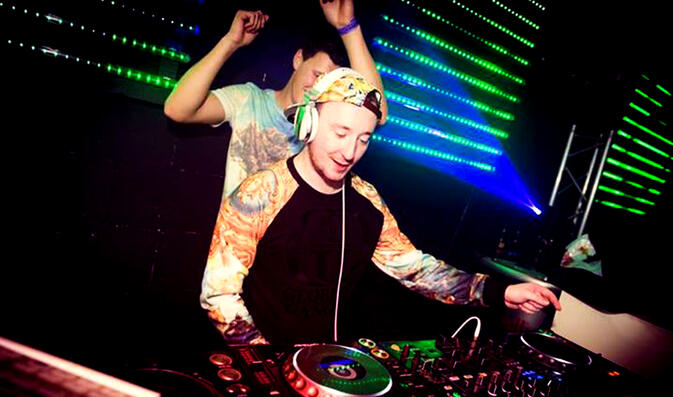 GK: How did you and De$ignated come to know each other?

Tanzy: We spoke via Facebook and now we are bezzies for lyf.

GK: The Beyoncé remix with De$ignated — how did that happen?

Tanzy: That all came about through De$ignated — he wasn't feeling too good on Christmas day, so I gave up my Christmas day and night to finish it off.

GK: Who else would you like to remix or work with?

Tanzy: Loads of things in the pipeline. O.D. Music Group organized this tour and we are planning on going to Japan and possibly Korea also. Mainly looking at traveling around and playing our music for the people!

Looking forward to seeing you guys on Saturday!