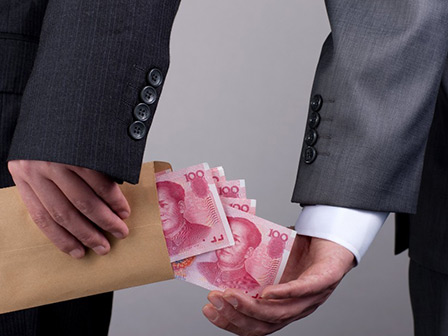 This week the chairman of the largest tin producer in the world was arrested on suspicion of corruption. Lei Yi (雷毅), head of Yunnan Tin Group, stands accused of accepting millions of yuan in bribes while he was head of the state-owned conglomerate, Xinhua is reporting.

Prosecutors accuse Lei of using his position at Yunnan Tin to arrange lucrative business deals for colleagues in exchange for monetary kickbacks. The bribes, allegedly taken by Lei during a five-year period beginning in 2008, are estimated to total 20 million yuan (US$3.27 million).

Central to the prosecution's case against Lei is the claim that in 2009 he helped an associate purchase partial ownership of a private Kunming university in exchange for cash. At the time, Yunnan Tin owned a 45 percent stake in Dianchi College, an institute of higher learning founded in 2001 and affiliated with Yunnan University.

Lei allegedly sold Yunnan Tin shares to LEED International Education Group (LEED) by brokering an unspecified deal with Li Hongtao (李洪涛), then head of LEED's Chinese operations. How much of the alleged 20 million yuan in bribes Lei stands accused of accepting from Li has yet to be announced. Following news reports of Lei's arrest the Chinese website for LEED, which is partially owned by investment firm Goldman Sachs, was taken down.

An investigation of Lei's business dealings was announced earlier this year in July, but prosecutors did not move to arrest him until October 8. Following publication of the criminal inquiry this summer Lei was dismissed from his post at Yunnan Tin — a move that caused the company's stock to fall nearly nine percent the following day. Chinese media have yet to report what penalty Lei could face or whether Li will also be charged with a crime.

For over 30 years - Yunnan has believed they're so far from Beijing, they can act with impunity. All I can say is, "Go Xi JinPing!" - make this place a better place to live, with more responsible government officials!

One down, how many to go?

Another example of the government, directly and indirectly, controlling ALL the resources in China leaving the individual incapable of conducting business without a tie to payback schemes.