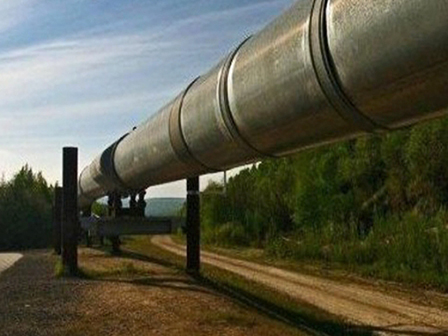 A pipeline traversing Myanmar and ending in Yunnan officially went online July 28. The US$1.04 billion conduit will supply China with up to 12 billion cubic meters of natural gas each year — or what state news service Xinhua has estimated to be one-fourth of the country's current demand.

Beginning in the Bay of Bengal, the pipeline snakes its way 1,500 kilometers across Myanmar and China, ending at petrochemical facilities in Anning (安宁). From there, natural gas will be distributed by existing pipelines to depots and storage facilities in Guangxi and Guizhou provinces as well as Chongqing.

The pipeline was conceived less than a year after Myanmar discovered what are thought to be Southeast Asia's largest natural gas reserves in 2003. Construction on the energy conduit eventually began in 2009 as a joint venture. Energy consortium China National Petroleum Corporation owns a 50.9 percent majority stake in the pipeline, with Myanmar Oil and Gas Enterprise controls the remaining 49.1 percent.

Completion of the pipeline was not always assured. In 2012 Burmese parliamentarians attempting to suspend construction due to concerns over environmental impact, working conditions and reports of forced relocations. Those legal measures were eventually quashed and quickly overshadowed by intensifying sectarian violence between Buddhists and Muslims in Myanmar's coastal Rakhine State, where the pipeline begins.

Of ongoing concern are relations between the Burmese government and separatist forces in the country's west, through which the pipeline also passes. Myanmar's president hinted earlier this month in London that perhaps the world's longest running civil war, in Shan State, could see some sort of resolution soon.

A crude oil pipeline built in parallel with the now-operating natural gas line is expected to be in service later this year. When finished it will have a capacity of 22 million tons annually, two million of which will be utilized by Myanmar.

The two pipelines are important components of China's long term energy strategy. Crude shipments via Myanmar will come from oil fields in the Middle East and Africa. The pipeline is an attempt to bolster China's energy security in part by minimizing its reliance upon oil imports shipped by tankers through the narrow and United States-controlled Strait of Malacca.

China was quite generous to Myanmar in the deal.

When the USA came into Atlantic Canada for Sable Island gas the USA got 75% and Canada got 25%...