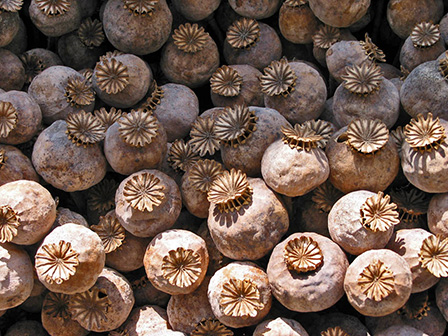 Police operating on the China-Myanmar border have seized 174 kilograms of heroin. An article by People's Daily, citing law enforcement agents involved in the case, reports this is the largest drug case in Yunnan in over a decade.

The case culminated this week with the arrest of seven suspected drug traffickers, three of them Burmese nationals. In China, possession of more than 50 grams of heroin can be punishable by death. To put a seizure of this size into perspective, a conservative estimate for the street value of this much heroin in the United States would be US$17.4 million.

China has significantly increased drug interdiction efforts along its borders since late 2011. At that time, 13 Chinese nationals were murdered while sailing on the Mekong River in Thailand. Burmese drug kingpin Naw Kham was eventually convicted and executed in China for these crimes after an international manhunt concluded this March.

Police in Yunnan province captured more than 25 kilograms of illicit drugs since signing this MoU earlier May. In the past month, Yunnan authorities have cracked two separate cases, seizing seven kilograms of methamphetamine and 18 kilograms of heroin.