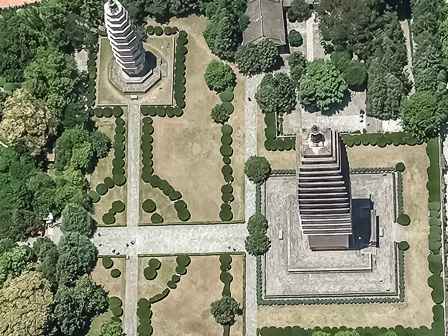 Yunnan is known throughout China for its many tourist destinations, the undisputed number one being Lijiang (丽江) — home of the Naxi and gateway to the province's mountainous northwest. Many travellers however, prefer the much more placid Dali Old Town (大理古城), which is situated in one of Yunnan's more scenic valleys.

The crowds, although at times formidable, are easier to escape in Dali and the mountains are more accessible. For many it is a town to be visited again and again because it offers something new with each trip. One way we had never considered viewing Dali was from the air. That is where Mike Fougere comes in. 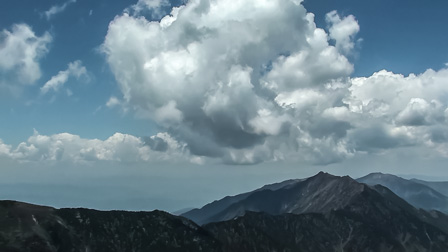 Fougere is the owner of Paraglide Yunnan, which offers wind-powered flights above some of Yunnan's more spectacular scenic areas. His company also provides 4x4 trips, caving and hiking expeditions and will soon have sailboats available for charter on Fuxian Lake.

Paragliding — called huaxiangsan (滑翔伞) in Chinese — is still gaining a foothold in China, and Fougere has been introducing the sport to Yunnan, one flight at a time, since 2006.

The photos included in this article were taken during several of Fougere's flights over Dali Old Town beginning in 2011. The most recent images were taken shortly after a magnitude 5.4 earthquake and several aftershocks rocked the area earlier this year in March. 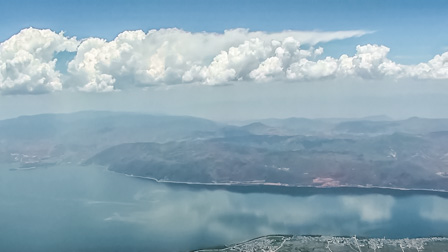 After riding different thermals up to an elevation of 4,870 meters above sea level, Fougere flew in calm air above the Cangshan mountain range (苍山). Roughly 2,900 meters above Dali Old Town, this shot overlooks Erhai Lake (洱海). 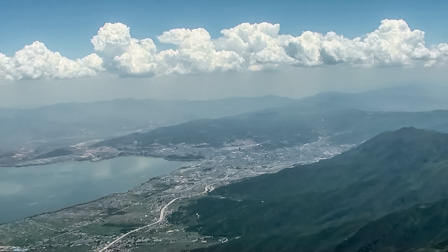 At this point the flight circled south, still at 4,870 meters, and headed towards the nearby city of Xiaguan (下关) — which is also a bit confusingly referred to as Dali City. 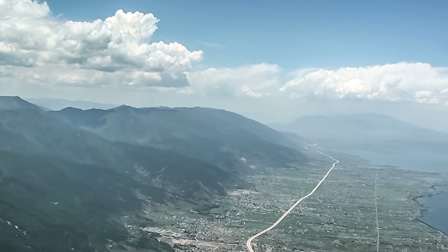 This view is after a full 180-degree turn and looks north. The Cangshan massif is on the left and the road can be seen heading towards small villages such as Zhouchengcun (周城村) and its many tie-dyeing factories.

A shot looking across the top of Cangshan. Those with eagle eyes will notice the radio broadcasting facility in the photo's lower right-hand corner. On a clear day the building can be seen perched atop the mountain from all over Dali Old Town.

In 2011, before power lines were installed along the main road, Fougere was able to land on the boulevard leading to the Three Pagodas in Dali. Two local girls hold up his wing shortly after he returned to earth. 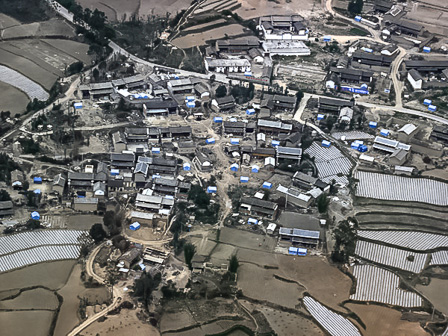 After the earthquake in March of this year, several thousand people in the valley were left homeless or feared living in their damaged houses. This shot shows a village on the western edge of the Cangshan Mountains dotted with blue government-issued relief tents. 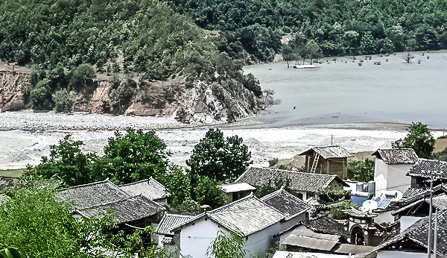 A village overlooking a small lake formed during the earthquake. In the upper portion of the image submerged trees and houses are clearly visible. The earthquake temporarily displaced 130,000 people in Eryuan County but luckily no fatalities were reported. The area is currently rebuilding with government assistance and has largely settled back into its sleepy routine.

Fougere, who has flown over the valley multiple times, has said Dali is so accessible for paragliding it is one of the few places he can land, pack up and be relaxing with a beer in under an hour.