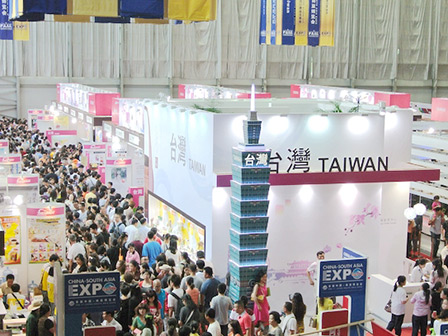 The Inaugural China-South Asia Expo (首届中国-南亚博览会) closed on Monday evening after totalling record numbers in terms of both attendance and investment cash. China Daily is reporting "transaction volume" generated at the Expo reached a somewhat astonishing US$17.47 billion — or roughly one tenth of Yunnan's total gross domestic product in 2012.

Much of this money is hypothetical. Many of the deals signed at the Expo came in the form of memoranda of understanding. These are usually non-binding agreements, some of which will never come to fruition.

Still, the numbers are eye-popping as they represent a doubling of record-level agreements signed during last year's Kunming Import and Export Fair. This year the Fair and Expo were held concurrently and saw attendance exceed 100,000 participants and visitors.

In Kunming the event was hyped relentlessly with posters plastered up at the entrances to nearly every neighborhood in the city, as well as on buses and in taxis. Radio and TV spots were also run on an almost constant basis. While the Expo was disappointing for some, much of the action occurred behind closed doors and out of the public eye.

Although the Expo was billed specifically as a forum for China and India to increase bilateral ties, representatives from all Greater Mekong Subregion countries were also in attendance. So too were traders and businesspeople from Africa, Central Asia, Europe, the Middle East and Micronesia. In all, 42 countries were represented.

In the past, Hong Kong has typically generated the most business and investment contracts at an event such as this. This year however, Taiwan took the cake. Representatives from Yunnan and Taiwan signed 22 agriculture, tourism and biotechnology agreements at the symposium worth US$2.65 billion — ten times the amount of total trade between the two entities in 2012.

While China and India did not announce any progress in a long-discussed plan to reopen a major trade corridor, dignitaries at the Expo remained effusive. Sri Lankan Prime Minister Di Mu Jayaratne said of the five-day event:

We are experiencing the world economic center shifting toward the Asia-Pacific region. [The Expo] is an important stage which will provide significant cooperation between China and South Asia and allow opportunity to thrive.

Due to increased international cooperation as well as to fairs such as this, China has seen trade with the Association of Southeast Asian Nations rise from US$35 billion in 2006 to US$93 billion in 2012. If this year's China-South Asia Expo was any indication, that trend looks poised to expand to several other regions of the world.