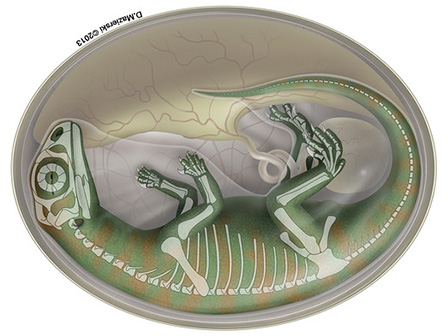 A cache of 20 dinosaur eggs discovered in Yunnan is shedding new light on how some of the largest animals ever to walk the earth developed embryonically.

A report by Dr Robert Reisz published in the journal Nature describes the structure and activity of embryonic dinosaurs 190 million-years ago. The eggs were laid by Lufengosaurus, an omnivorous prosuaropod that grew to lengths of six meters. Their descendents, sauropods, were truly massive creatures — some of which stretched more than 50 meters from head to tail.

Reisz and his research team found that Lufengosaurus embryos grew incredibly quickly while still inside their eggs — perhaps faster than any other animal ever studied. Because of the number of eggs found in the clutch, Reisz and his team were able to study embryos at different stages of development. 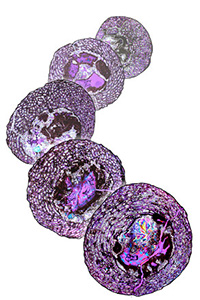 They focused specifically on the animals' femurs, which were found to double in size during incubation. The thigh bones, which increased in length from 12 to 24 millimeters in the egg, not only grew larger, but changed shape. Reshaping of embryonic bones is indicative of movement. Paleontologists had assumed behavior such as this occurred in dinosaur eggs but until now were unable to prove it.

Modern bird species, the descendants of dinosaurs, exhibit similar developmental traits inside their eggs. Such pre-hatch activity helps develop muscle tissue and bind it to growing bones. "This suggests that dinosaurs, like modern birds, moved around inside their eggs," Reisz explained to Discovery. "It represents the first evidence of such movement in a dinosaur." His findings also contain evidence that incubation periods for Jurassic dinosaurs were relatively short due to quickly growing embryos.

Reisz and his group of researchers are developing new methods to analyze what they believe are complex proteins found in the eggs. Detailed examination of the proteins may help further explain embryonic dinosaur development. "Our findings will have a major impact on our understanding of the biology of these animals," Reisz said.

The eggs were unearthed in Lufeng (禄丰), 100 kilometers west of Kunming. Researchers surmise the large cache of eggs was washed together from several separate nests during a flood. A full skeleton of an adult Lufengosaurus can be viewed at the Kunming Natural History Museum of Zoology. 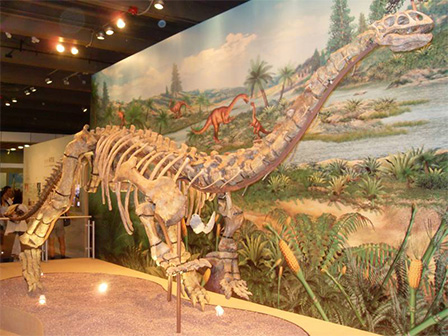 A Lufengosaurus specimen displayed at the Hong Kong Science Museum