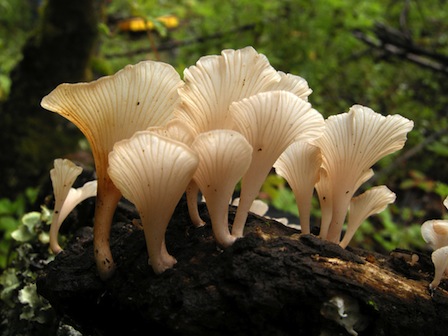 In 2010 scientists believed they had identified the culprit responsible for a string of unexplained deaths near Dali. It now appears the killer remains unidentified as a McMaster University professor published findings earlier this month discrediting a previous hypothesis involving barium.

Dr Xu Jianping (徐建平) has been collecting samples of the mushroom trogia venenata in the mountains of Yunnan for the past three years. The fungus was identified in a July 2010 issue of Science magazine as being the possible cause of what has been dubbed "Yunnan sudden death syndrome." The syndrome has been linked to 400 deaths in rural Cangshan Mountain villages since 1978.

Researchers originally posited the mushroom contained highly elevated levels of the metal barium that when ingested led to cardiac arrest. Xu's research indicates that barium levels in the wild mushroom are no higher than those of common foods such as poultry and fish.

An average-sized adult would need to eat 35 kilograms of trogia venenata for barium to reach toxic levels in the body, according to Xu. He maintains that barium should not be ruled out as the killer because most of the deceased had elevated levels of the metal in their bloodstreams. He does however remain confident that barium from the mushroom is not to blame.

Mushrooms were originally identified as a possible culprit because the unexplained fatalities occurred during the rainy season. At that time locals often collect wild edibles to supplement their regular diets. Previously the spate of deaths had been attributed incorrectly to Keshan disease which also causes cardiac arrest.

Earlier this year scientists from the Chinese Academy of Sciences identified two previously unstudied amino acids contained in trogia venenata. Those researchers believe the acids are highly toxic to humans and may hold the key to the mystery.

Regardless of what is definitively found to be the source of the Dali deaths, it appears the mushroom will play a role. Since publication of the widely-circulated 2010 Science article, no instances of Yunnan sudden death syndrome have been reported.