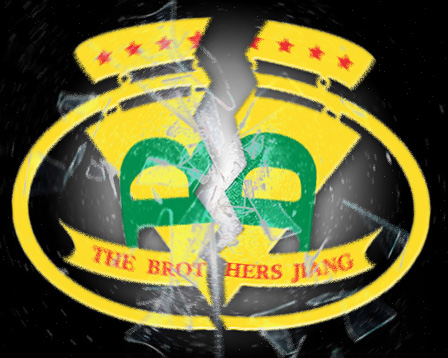 The owners of one of Kunming's most successful restaurant chains are embroiled in a years long feud that has now gone public.

Yesterday Jiang Jun (江俊), the younger of The Brothers Jiang, appealed to the court of public opinion when he discussed a lawsuit filed against him by his older brother Jiang Yong (江勇) with reporters, Yunnan Society is reporting.

The Jiang noodle shop empire includes sixteen restaurants in Kunming and franchises in Shanghai, Beijing, Guangzhou, Xian, Dalian, Chengdu, Foshan, Chongqing, Panzhihua and dozens of others around Yunnan. Their restaurants sell all kinds of mixian but their signature dish is across the bridge noodles, or guoqiao mixian (过桥米线).

The brothers' saga sounds more like a television soap opera than a true story. The two men founded The Brothers Jiang in 1994 with only 2,000 yuan (US$316). The business has expanded significantly and become a Kunming mainstay.

In 2002, according to the elder Jiang, the brothers signed a contract dividing all of the company's assets equally between them. The current value of their company is more than 100 million yuan (US$15.8 million), according to the Yunnan Society article.

Trouble between the two brothers began in 2006 when the Jiangs disagreed on what demographic they should target. The younger Jiang wanted to focus on more upscale clientele and take the company public, while the older brother wanted to keep the shops down-market and private.

This argument came to a head in 2011 when Jiang Jun moved the company headquarters without telling his brother. When Jiang Yong discovered the new offices and showed up for work, he was fired.

Jiang Yong then filed a lawsuit – which is still pending in court – against his younger brother for 31.8 million yuan (US$5 million) in unpaid dividends. He maintains that despite his sacking, he still owns half the company.

Speaking to reporters yesterday, Jiang Jun said "I wish we could settle this as a family, not in court. I'm not good at giving speeches, I just sell mixian."