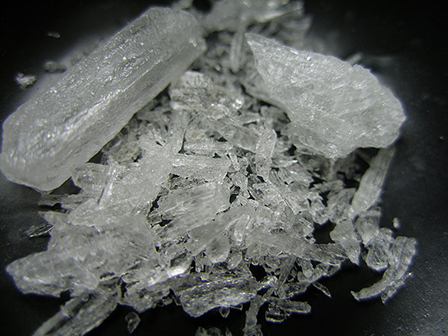 In a nationwide attempt to limit domestic crystal methamphetamine production, officials at the State Food and Drug Administration have issued new statutes governing the sale of pharmaceuticals containing the drug ephedrine.

Implementation of the national guidelines in Yunnan, where crystal methamphetamine use and distribution is most highly concentrated, has been spotty. Many pharmacy workers in Kunming are not aware of the new rules, Kunming's Life newspaper is reporting.

The law requires all customers buying over-the-counter cold, flu and diet medication, as well as some Traditional Chinese Medicine containing ephedrine to show proper identification. It also limits the amount of ephedrine-based medicine a customer can buy to five boxes per transaction.

Reporters for Life newspaper visited more than a dozen Kunming pharmacies. They were able to buy products containing ephedrine without showing ID at most stores.

Besides not asking for identification, several drugstore employees were confused regarding how many boxes of pills they were allowed to sell. Some didn't check for ID but only allowed the reporters to buy one box, while others sold as many boxes as were requested.

Similar regulations restricting the sales of precursor drugs have been enacted in other countries, most notably the Combat Methamphetamine Epidemic Act of 2005 in the United States. That law has been widely credited with declining crystal methamphetamine use across the US.

Yunnan accounts for a disproportionate share of China's ice trafficking and use despite having less than five percent of the country's population. In 2011 mainland Chinese authorities seized 7.9 tons of crystal methamphetamine — 2.5 tons in Yunnan's Xishuangbanna alone.

The new ephedrine regulations are part of a five-month program aimed at limiting precursor drug sales throughout China. Pharmacies failing to comply with the rules are subject to harsh penalties that can include fines and revocation of business licenses.

A FRONTLINE documentary revealed how the key pharmaceutic drug was bought from India and shipped unnoticed for years by air freight in tones to the USA.
It also shows how money prevails when the DEA had a tough fight in the USA against the Pharmaceutical industry to limit this key ingredient.

I think that it's a wise decision to control the sales of ephedrine: this alkaloid can be one of the best medicine for cold, flu and asthma but unfortunately also a dangerous drug precursor due to its easy reduction to methamphetamine.
In the USA, the NPLEX system (real-time tracking through a nationwide database) has achieved good results.
With a group of friends (doctors) we have created a blog on this topic, here is our point of view on the legality of ephedrine:
ephedrinewheretobuy.com/[...]