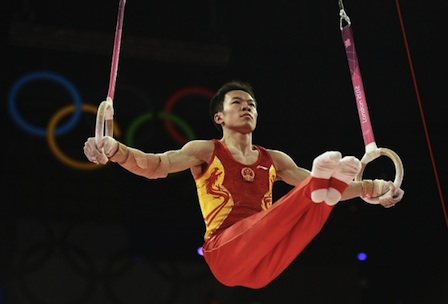 Although Michael Phelps, Usain Bolt and Bradley Wiggins may have been the worldwide faces of the London Games, three Olympians from Yunnan won medals and have become celebrities in this corner of China.

Eleven athletes from Yunnan competed in events including track and field, gymnastics, volleyball, swimming, fencing and cycling. They won three gold medals and one bronze. This is the largest contingent of athletes from Yunnan to ever participate in an Olympics, and their showing was an all-time best, Kunming's City Times is reporting.

Chen Ding (陈定) was the first to medal when he set an Olympic record and won gold in the 20-kilometer racewalk. He was followed by Guo Weiyang (郭伟阳), who helped the Chinese men's gymnastics team win gold last week.

Originally an alternate on the gymnastics team, Guo was thrown into the competition after teammate Teng Haibin (滕海滨) injured his arm less than a week before gymnastics events began.

Expectations for the men's gymnastics team where incredibly high due to their dominating performance at the Beijing Olympics in 2008. However, things did not start well for the team in London.

Guo began the qualification round by inauspiciously landing on his head during his opening floor exercise routine. The entire team seemed to implode and looked like they might not advance to the medal round. The group still managed to qualify and rallied to win the gold two days later over Japan and host Great Britain. 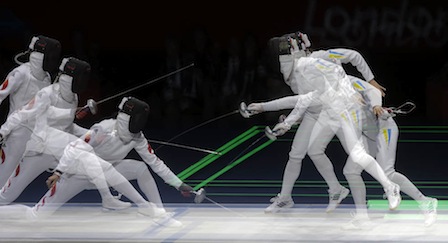 The success of Yunnan's athletes at these Olympics may be the beginning of a trend. Yunnan has been positioning itself as a high-altitude training center for the country's elite athletes since 2010. At that time the Yunnan government pledged to invest 1.9 billion yuan (US$299 million) to upgrade training facilities around the province.

Several of the Yunnanese Olympians in London are already eyeing the 2016 games in Brazil. Cai Zelin (蔡 泽林), from Huize in eastern Yunnan, finished fourth in the racewalk this year. He was quoted in the City Times as saying he hoped his family would own a television in time for the next Olympics so they could watch him compete.