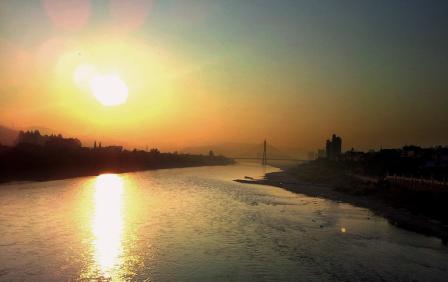 Van de Moortel decided to avoid highways and instead made his way south on small back roads and paths. Below is part three of a condensed four-part travel diary he wrote while traveling through Yunnan toward the Lao border. Please see the first, second and third installments, which covered the journey from Kunming to Jiangcheng.

His entire blog of the journey can be viewed on the website crazyguyonabike.

I checked out of my crappy hotel and payed 40 yuan instead of the agreed upon 50 because my shower was so damn cold.
After a bit of searching I found a fitting screw and reattached my rack to my frame. The bike had to be in good condition because the day's ride was to Yiwu (易武) — 130 kilometers away.

The ride started with a seven kilometer climb. Normally, nothing's a better warm up in the morning but my muscles were aching from the start. My legs really needed a rest after the previous week of mountain riding.

I tried drinking Coke but to no avail. It wasn't a lack of energy, there was just no power in my legs. Soaked with sweat, I dedicated my right riding glove to wiping salt off my face and the left one to removing the thick film of stuff that accumulated on my lips. 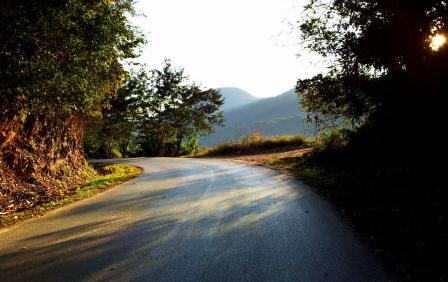 A bit later, things started looking up. A long descend on a perfect road gave me my first opportunity to sail downhill. My top speed was 55.7 kilometers per hour — nothing compared to last year's 68, but I was still happy for the opportunity.

The road ahead undulated heavily, with two-kilometer climbs always followed by slightly longer downhills. A headwind spoiled my speed a bit so I lay down over my handlebars, looking cool and showing the traffic a piece of my butt.

Just before Zhengdong (整董) I missed the small turnoff to Yiwu. I had to back up a bit. From there it was bliss. Four-wheeled traffic all but died out, the downhills were more frequent than the uphills, and I was cruising beside a little river surrounded by banana and tea plantations.

It rained "hellos" from passing motorcycles. All the villages were flying the national flag beside the communist flag. I was treated to the bright side of communism when I stopped to buy some drinks and instantly was invited to the owner's table — a New Year's feast to boot. I happily accepted.

On the way to Yiwu I concocted a bold plan to ride another 60 kilometers straight to Menglun. It would significantly shorten the next day's ride to Jinghong but make up for my measly 32 kilometer jaunt to Banpo.

I decided to do it and instantly regretted it when faced with a long climb followed quickly by another. The idea of an easy ride the next day pushed me on. The sun sunk towards the horizon and a cool evening breeze made riding slightly more comfortable. 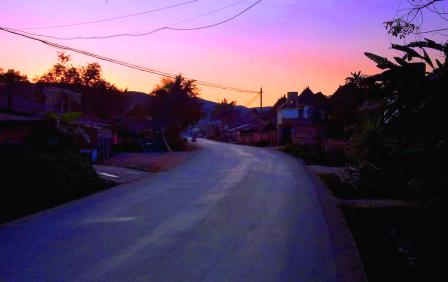 It was dark as I stopped at a restaurant in Menglun. It's always better to eat while it's still dinner time and look for hotels later. The fuwuyuan seemed to wonder whether they should mine this walking chunk of salt or serve it.

All hotels seemed to have agreed on charging 200 yuan, an extortionate price for a crappy room. A larger hotel with a nice entrance hall agreed to put me up in one of its rooms for 150 yuan. The first room they showed me had no electricity. Wonderful.

After arranging a room with electricity, I took another cold shower, washed my clothes and went to bed. The TV was showing a New Year's game show that was all about a bank giving money to the handicapped. It featured dwarves, disfigured people, tear-jerking music, slightly tilted faces filled with more tears and important-looking men handing over checks the size doors.

My clothes were still wet when I put them on but it was sunny and warm so they dried quickly. After a fruitless and admittedly not very active search for baozi, I settled for yet another bowl of mixian. I was joined by a large family from Chengdu.

They were obviously rich people with different attitudes, different accents and different ways of speaking. No long aaaahs after every word and some pretty proper English. Nice people, but somehow a lot less sympathetic than the locals. 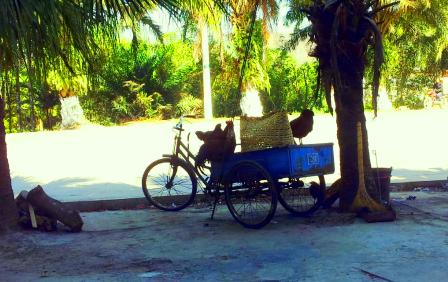 I was going to take the short way (55 kilometers) but ended up on the wrong road. I had lost my map after drinking with some Vietnamese people in a mountain village. The road was mostly flat or undulating and my speed was only tempered by wind and — unfortunately — masses of tourists.

The mood along the way was lazy. People sold pineapples, bananas, mangoes and other fruit. I would have liked to stop and buy some, but the tourists had the same idea. Every stall was surrounded by parked cars.

So what could have been a pleasant ride through fruit and rubber plantations became a fairly tedious one. When I reached the Mekong River, the traffic swelled again. I pushed on and reached a respectable average of 24.4km per hour before the road turned into muck just outside Jinghong.

In Jinghong, I tried to obtain information about where there was a vacant room in a town completely filled with tourists. Most hotels wanted 300-400 yuan for a night in yet another crappy room. I managed to haggle and got two nights for 350. Too expensive but I had no real alternatives. 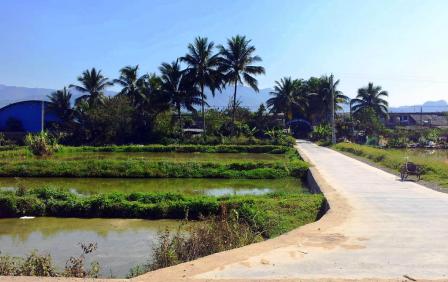 I spent most of the night eating and drinking, then went for a terrible KTV and club session and finally ended up eating some grilled tofu and vegetables on the street. By the time I stumbled back to my hotel hotel I was so tired I no longer cared about the state of my room.

After four day's rest I repacked all my stuff, had some noodles and headed out again into the cool Jinghong air. The sun hovered low above the Mekong and a lazy fog clung to the river. I was supposed to have fresh legs after five days and I did notice the difference, but my left leg still felt weak.

I've planned a long day of around 193 kilometers largely on back roads, which are usually less busy and better paved. As a bonus, they take you through tiny villages where there is more to discover and prices are generally lower. The topo map only showed one major climb. Perfect!

Only, I had made another minor miscalculation. The road I chose was as yet unfinished. Cyclists are not allowed on most highways and that was fine seeing as how highways are usually boring and frustrating.

Those highways often have loads of traffic and long, straight stretches that slowly and painfully take you uphill. Moreover, they have tunnels that are a horror to cycle through. I decided to go all the way back to Menglun and take a different road south. 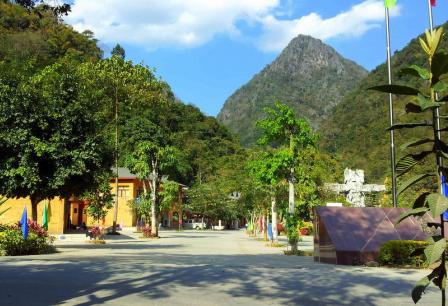 I reached Menglun in less than three hours. The tourists had all but completely vanished. I stopped for a large meal with pork, potatoes and cold cucumber dusted with sugar (strange, but not bad). I downed a few drinks and continued, slowly, so my stomach had a chance to digest.

I chose to take the old highway, the G213, hoping that the majority of the traffic would be on the new road.
I was happy I did. The G213 is a small, perfect road that runs all the way through a nature reserve with vast swathes of jungly trees, sounds and animals.

I saw no more than two cars and a couple of motorcycles. There were three nasty climbs but I distracted myself by looking into the treetops, trying to spot monkeys and birds. From the forest I could hear screeching, hissing, tweeting, gurgling and hooting but the only animal I was able to spot was a snake slithering across the road. 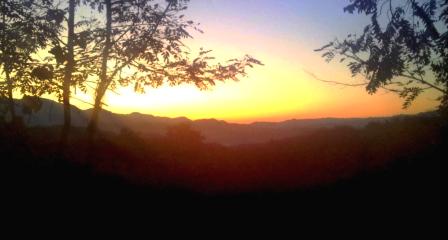 I was so distracted that I didn't even notice it was already well past 5pm and I still had over 40 kilometers to ride. After the last climb, I rolled into Mengla, where I stopped to be stared at — my shorts were white with sweat-salt — and to wolf down four plates of food, further captivating my growing audience.

I found a hotel that had in-room internet access but was otherwise rather mediocre for 70 yuan a night. I didn't care. I was within spitting distance of Laos and could sleep through anything.

GoKunming thanks Sander van de Moortel for his contribution. If you have a travel story or other contributions you would like to submit to GoKunming, please contact us via our contact form.