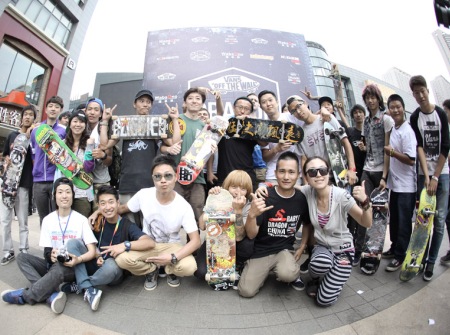 Skateboarding was introduced to China in the late 1980s by a visiting professor from Japan. Since that day its popularity around the country has been on the rise. Shanghai currently has the world's largest skate park and has hosted the Asian X Games for six years running. The skate scene in Kunming is nowhere near as developed but it too is growing. 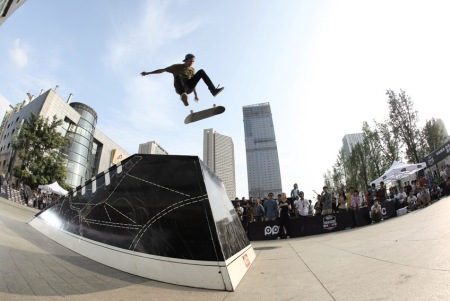 DragonSK8 is a traveling competition organized and sponsored by Vans clothing company. The contest has been touring China for four years and this was its first stop in Kunming. Participants competed in 17 different skill categories for 21,000 yuan in prize money.

Vans' Action Sports Manager Mathew Morgan told GoKunming he was surprised by the level of competition in Kunming and happy to be able to introduce so many children to skateboarding.
"This was a very successful event. Kids, spectators and participants all turned out in force. It's all about showing kids what it's like to be a part of the skateboarding tribe," Morgan said. 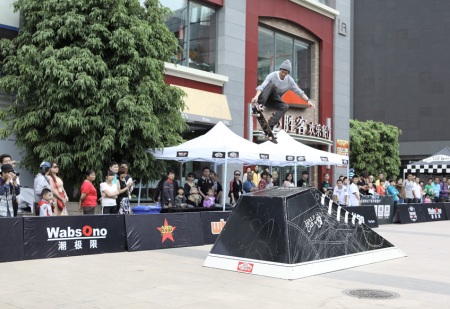 Amateur winners in each category were awarded 500 yuan while professionals netted 1,000. Kunming's own Shi Haoran (施浩然) skated his way to the best overall amateur award and won 2,000 yuan. Li Zhixing (李祉兴) from Liaoning province was awarded 5,000 yuan for best professional and set a China skateboarding distance record by ollying 5.1 meters off a ramp.

Along with the weekend's competition, sponsors organized raffles for spectators, handing out free shoes and clothes to winners. Between events, local amateur skaters were taken around Kunming by bus and shown by the professionals how to spot suitable and safe places to skate.

DragonSK8's next stop is in Wuhan, June 16-17. The competition will return to Kunming at the same time next year. For those who can't get enough skateboarding, Vans and 88 The Spot have agreed to co-sponsor "Vans' Nights" in the future. These will be held at Green Lake Park and include instructional demonstrations for skaters of all levels as well as merchandise give-aways. GoKunming will announce dates in the events calendar as they are scheduled.

This was a really cool little event that I watched intermittently over the 2 days it was on. Quite impressive local talent and some pretty big prize money. You could really see the local kids looking up in awe at some of these guys - great for the creation of the next generation of skaters. Plus it was on GoKM's events page else I wouldn't have known! Kudos to GoKM!

Great to see these events stopping over in Kunming.

A wonderful experience for youth.