Lahu-Mandarin dictionary to be codified 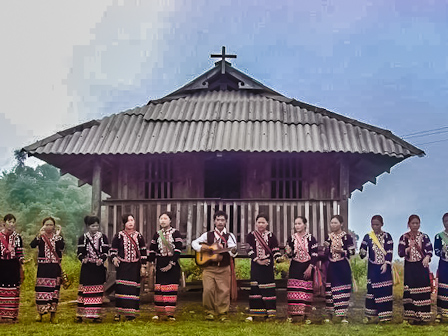 Editor's note: Information for this article was originally published by Bruce Humes on his website bruce-humes.com. If you would like to submit an article to GoKunming, please reach us through our contact form.

The Lahu people (拉祜族) are one of 56 officially recognized ethnic groups in China. The majority of Lahu live in Yunnan, where they number 475,000 and are concentrated within the Lancang River Basin around Pu'er and Lincang. More than 160,000 Lahu also inhabit Myanmar, Vietnam and Laos.

Work on the Lahu-Chinese dictionary officially commenced April 14. The Institute of Ethnic Literature announced that 100 Lahu scholars met to discuss the reference book, which is planned to contain over two million words of total text. The dictionary is scheduled to be published in 2015.

Publication of the book will continue the work of the China Ethnic Dictionary Project (中国少数民族大辞典). So far the project has published dictionaries of the Bai, Hani and Naxi languages.

Two other dictionaries, of the Dai and Wa languages, are forthcoming. The project's goal is to publish a total of 16 different minority language dictionaries.

Anthropologists believe the Lahu are descended from the nomadic Qiang people of Gansu and Qinghai. Their language belongs to the Tibeto-Burman family of languages.

The Lahu have no indigenous writing system although three separate Romanized orthographies exist – two created by missionaries and one by Chinese linguists, according to Encyclopedia Britannica.

Just how the dictionary will be formatted was not revealed, but the recently launched Miao-Han Dictionary may well serve as a model. That publication featured pronunciation guides using the international phonetic alphabet, bilingual text (both Miao and Han) and sample sentences.

There are quite a signigicant amount of Lahu living in Northern Thailand as well.