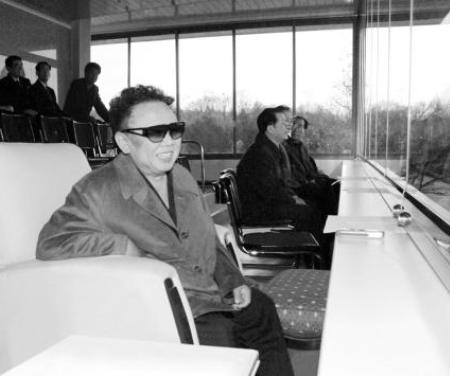 'Dear Leader' Kim Jong-il may have passed away last December, but fallout between North and South Korea over alleged disrespect for Kim's mourning period is still preventing diplomatic exchanges of any kind between the uneasy neighbors — including a youth football tournament currently underway in Kunming.

Yesterday at the Incheon Peace Cup Youth Invitational Football Tournament, youth teams from Military Unit 425 in North Korea and Kwangsung Middle School in South Korea took photos together and warmed up on the same pitch for 30 minutes before the North Korean team abruptly walked off, refusing to compete with the South Korean team.

The reason? North Korea, under the new administration of Kim's son and 'Great Successor' Kim Jong-un cut off all diplomatic ties with its southern neighbor after Seoul allowed only two private delegations of South Koreans to visit the North to mourn the elder Kim.

"The North Korean administration had previously declared the severing of diplomatic exchanges with South Korea," a spokesperson from the North Korean side told Chinese reporters after the walkoff.

"In accordance with this guiding principle, our team is unable to engage in competition with the South Korean side."

Tournament organizers said that the North Korean team had pulled out of the four-team tournament, which also includes a Yunnan youth team representing China and a delegation from Yokohama representing Japan.

The four-day tournament will continue as planned – not including remaining matches involving North Korea – and will end Friday.