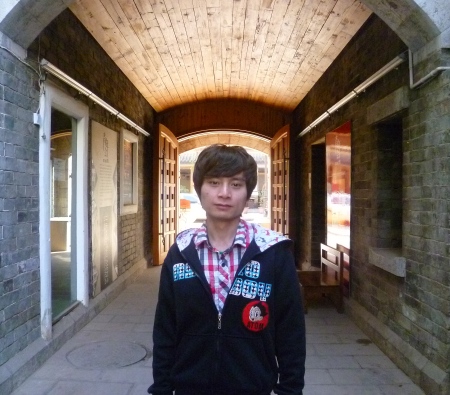 Kunming has had clubs with DJs for more than a decade, but by international standards, there has never been much of a club scene here.

That's not to say that there's been no club scene whatever. In the early naughts, Speakeasy Bar occasionally hosted sets by experienced club DJs. Later on, Uprock claimed the title of Kunming's only 'real' club.

Today both the Speak and Uprock have been closed for some time, and it would seem that The Club is the primary venue where music-focused club DJs perform in Kunming.

Two of The Club's house DJs recently signed to Hulu Records, marking a new phase in the city's still-embryonic club scene. One of those to sign is The Club laoban Maxi (马西).

The other is Low Scene, aka Laoxin (老鑫), whose sometimes-pensive-sometimes-lighthearted blend of electronica and minimal techno appears to be reaching a growing audience. Check out Low Scene's Soundcloud page to listen to some of his songs.

GoKunming recently stopped by The Club to chat with Low Scene about being one of the few figures in Kunming's homegrown electronic scene:

GoKunming: How long have you been making electronic music?

Low Scene: In 2006 I started playing around with making music on my computer... before that I had been in a punk band for a while but we never really established ourselves in the scene.

GK: Do you find it easier to make music on your own?

Low Scene: Definitely... I feel like I'm able to do things the way I want to do them. There's no need to discuss things with others or tell somebody what you need them to do. It just works better for me.

GK: We've heard that all the music in your sets is 100 percent yours – is that true?

Low Scene: It is, I make it all myself using midi. 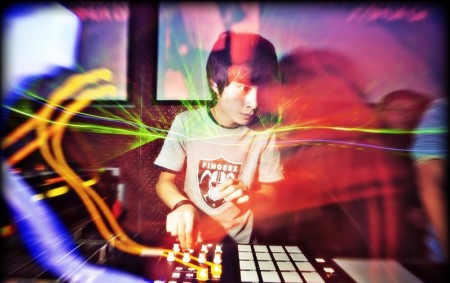 GK: Why no samples?

Low Scene: I feel that, for me, using samples is like to using other people's work, so I make my own music. I don't want to steal other people's music, especially beats.

GK: You and Maxi are both signed to Hulu Records, how did this come about?

Low Scene: Because they're friends. [Laughs.] Even if they didn't have a company behind them, I'd still work with them. It's cool working with them, we can cross-promote. We can help them become better known here and I can play shows for them in Hainan.

GK: How would you describe the creative process when you make music?

Low Scene: I don't really have a standard approach, I make music to express what I want to express.

GK: What do you want to express?

Low Scene: It depends on my mood. Sometimes if I see or experience something, words might not be sufficient to express what I'm feeling, but I can get it across with music.

Low Scene: Mainly because it sounds like my Chinese name. I was originally calling myself Low Sine in English, but a friend convinced me that Low Scene was better. I looked it up and found that 'Scene' worked better for me.

GK: We saw you play a set here the other night and gradually fill up what had been an empty dance floor – how do you feel the response to your music has been lately?

Low Scene: Hmmm. My music isn't the easiest stuff to dance to, so I'm usually the opening DJ. That night I was playing later... maybe I sound better when you're drunk. [Laughs.]

GK: Do you have any big plans for the coming year?

Low Scene: I'm not really a planner. After Chinese New Year I'll go perform in Hainan. I'll also release an EP on Hulu, which will be my second with them.