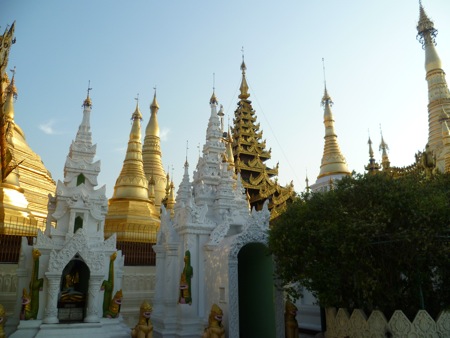 A mysterious land
Myanmar is the second largest country by area in Southeast Asia. It has a vast range of landscapes and climates, from pristine tropical beaches to jungles to Himalayan peaks. But it remains a relative unknown even to many of us living right next door in Yunnan.

For some people the country's former name, Burma, may conjure vague visions of rubies, teak and opium. The new name, Myanmar, calls to mind the military junta that enacted the name change in 1996 and has transformed what was once Southeast Asia's wealthiest country into a pariah state.

Intrigued by its isolation and lack of development, we decided recently to get a closer look at Myanmar in the form of a whirlwind tour of some of its best-known destinations: Yangon, Inle Lake, Bagan and Mandalay.

A day in Yangon 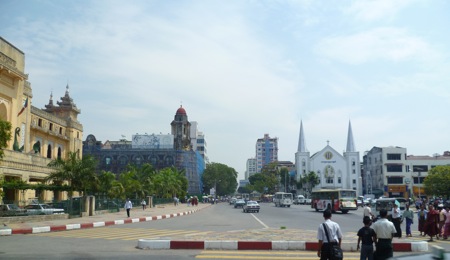 We arrive in Myanmar's most populous city and former capital, Yangon – formerly known as Rangoon – on Monday morning. A decaying Toyota sedan dispatched by our hotel picks us up. Vehicles drive on the right hand side of the road in Myanmar, but this car's steering wheel is on the right side, as it should be in a country that drives on the left. The driver says it was imported used from Japan. It is the first of many jalopies we will see in the coming week that lived a previous life in Japan. 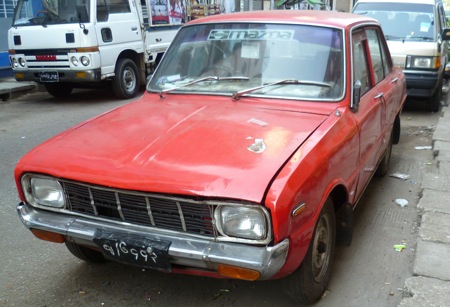 There are many vehicles in Myanmar, such as this Mazda, that have apparently been imported secondhand from Japan

Our hotel is in historic central Yangon, a 10-minute walk from the banks of the Irrawaddy River. After settling in, we stroll down Sule Paya Street to the roadway's namesake, the Sule Pagoda.

The pagoda's history is said to stretch back more than two thousand years, although it was built in its current shape and size in the mid 15th Century. It was a focal gathering spot during widespread protests against Myanmar's authoritarian military government in both 1988 and 2007, as well as subsequent brutal crackdowns by military forces in each of those years. 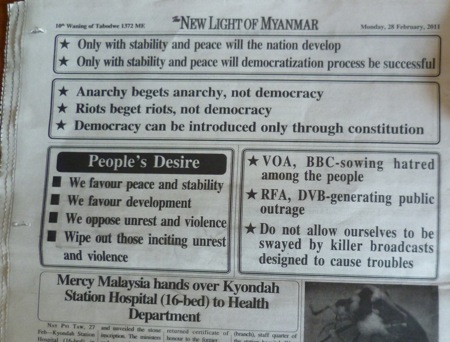 Our hotel room comes with a free copy of The New Light of Myanmar, a fair and balanced publication if we've ever seen one

We take off our shoes and socks at the pagoda's entrance, as bare feet are compulsory inside most Buddhist buildings and compounds in Myanmar. We are allowed inside wearing shorts, but we'll discover later that some temples are more strict in requiring long pants or the skirt-like longyi wraps that are the customary lower-body clothing of Burmese men and women. 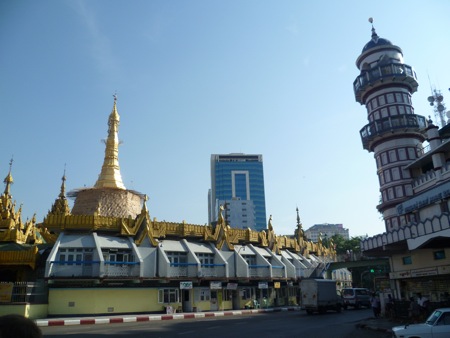 Sule Pagoda, with the bottom portion covered for reapplication of gold leaf

Inside Sule Pagoda we consult a battered book that lists the day of the week for each calendar date going back about a hundred years. We learn that one of us was born on a Tuesday and one on a Saturday. These days of birth make us a lion and dragon, respectively, in Myanmar's traditional eight-day week (Wednesday is split into two days), each day of which has a corresponding animal.

Statues of these eight animals are arranged around the central stupa's perimeter. We locate each of our animals and wash it according to local custom by pouring three small cups of water over it, plus nine cups over an accompanying Buddha statue. This supposedly lucky ritual does not immediately bear fruit: a monk tries to scam us out of ten US dollars apiece and we decide to leave. 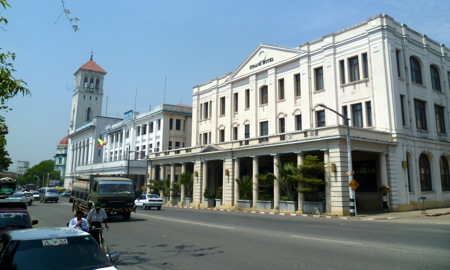 The Strand Hotel, right, opened in 1901 during British colonial rule

After the unfortunate encounter with the monk, we walk around and check out some of Yangon's extensive collection of British colonial buildings left over from Yangon's days as the seat of British power in Burma. These days some of the remaining structures are in much better repair than others. 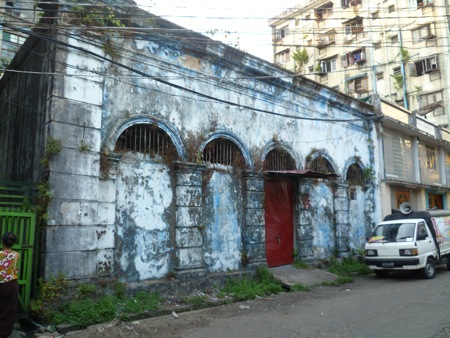 Lunch is sticky noodles from the Shan minority who, like Yunnan's Dai minority, are a Tai people. The noodles bear a striking similarity to the Yunnanese sticky rice noodle known as ersi (饵丝). It is one of many cultural similarities that we will notice between Myanmar and Yunnan, the border between which accounts for most of the 2,200-kilometer boundary shared by Myanmar and China. 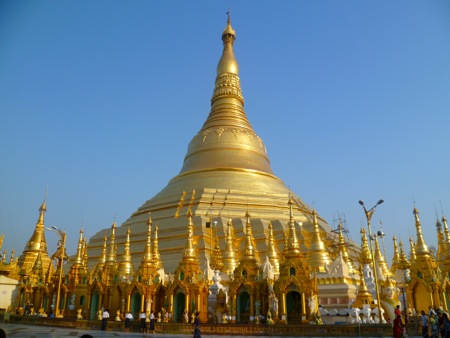 In the evening we watch as the setting sun creates a splendid color show at Shwedagon Pagoda – which is over 100 meters tall, coated in real gold leaf and exquisite carvings and topped by a 76-carat diamond. Shwedagon is Myanmar's national showpiece, the pride of the Burmese people and one of the country's most sacred sites. It should not be missed.

After an upscale Bamar curry dinner and tasty cocktails at a restaurant called Monsoon, we grab a beer at the Strand Hotel's lobby bar.

It's a beautiful old-school bar, but very expensive and not very lively. We also learn to stay away from the insipid Dagon brand of beer in favor of the ubiquitous Myanmar Beer – which is one of the best Asian lagers we've had (the bar in this category admittedly being set quite low).

Avocado salad is a tasty dish available on many restaurant menus

Sipping our cold beers in the cool air-con, conversation turned to the next stop on our itinerary, Inle Lake.

Very interesting report ! Am going to Kunming and then Burma in April, hitting the same places in 7 days. Thank you for the report... will read on to the next one now. Dee Dee