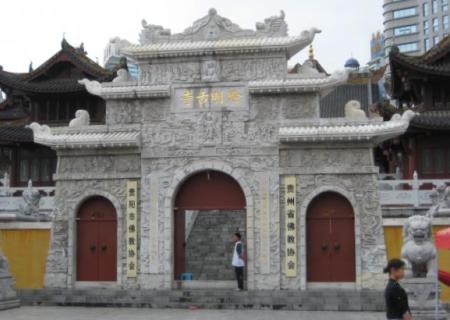 A one-hour flight or overnight train ride away, Guiyang may not the obvious pick for getting away from Kunming, but that might be why we like it. In search of a different flavor of southwest China, we recently stopped by the hilly capital of Guizhou province for a weekend.

After arriving, we headed straight to our favorite of Guiyang's several parks, Qianling Park (黔灵公园) in the city's northwest. The gate to the lush and spacious park lies at the foot of a large mountain dotted with ponds and plenty of flowering plants and bamboo. After paying a very reasonable five yuan to get in, there's nowhere to go but up. 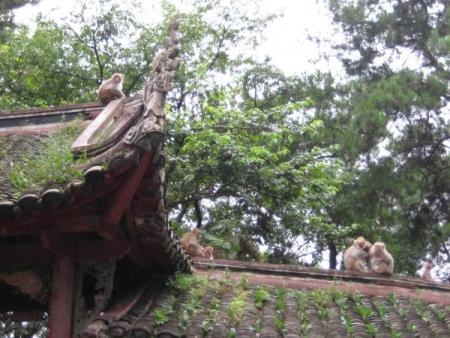 Walking up any of the pleasant paths that snake up the mountain it becomes apparent that this is monkey country. The hundreds of rhesus monkeys that claim the mountain as their turf are generally well-behaved – by monkey standards – but get too close and they may grab at your water bottle, camera or whatever else attracts their attention. 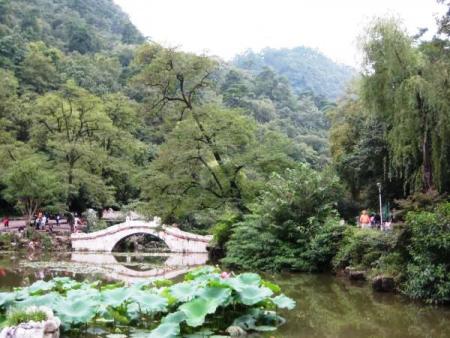 It takes about half an hour or more to walk to the top of the mountain, where the placid Qianling Lake sits adjacent to one of southwest China's coolest Buddhist temples – Hongfu Temple (宏福寺). A small and simple affair, the temple's courtyards and corridors are far removed from the bustle below and offer plenty of nice spots for quiet contemplation. 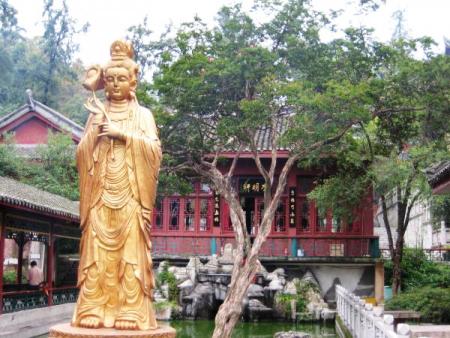 A minute's hike up from the temple offers good panoramic views of the city.

As with most Chinese cities, most of Guiyang's old city has been demolished, but the bits that remain scattered throughout the relatively drab modern buildings make it almost possible to imagine the city as it once was. 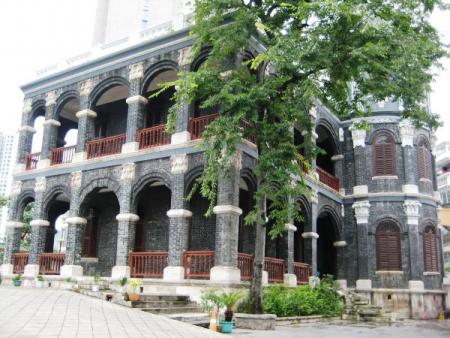 A good way to see these contrasting structures is to go to Xingshi Lu (醒狮路) and stroll along the narrow alley running north from The Other Shore wine and coffee bar. The winding alley is filled with food stalls and carts selling a decent variety of snacks from "tofu in love" (恋爱豆腐) to bowls of cold spicy potato strips.

These dishes are similar to much of Guiyang's other food in that diners can build their own meal by choosing from a range of ingredients and spices. One such personally-tailored dish is tangcai (烫菜), a miniature hot pot with a spicy and slightly sour broth made by selecting different meats and vegetables.

Another do-it-yourself local snack is siwawa (丝娃娃), which is a particular treat for vegetarians or anyone weary of oily restaurant food. Siwawa is a best enjoyed as a group. Diners get a stack of small paper-thin flour pancakes and a bowl of soy and vinegar sauce. They then select from a dozen or more types of pickled and fresh julienned vegetables on their table and wrap it all up with one of the pancakes. 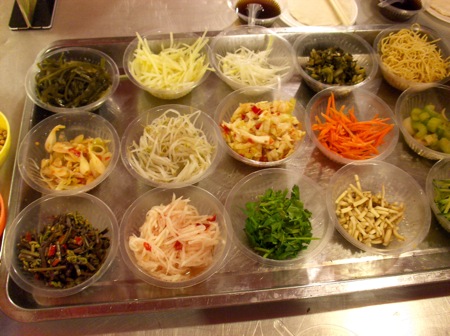 A selection of veggies from which to construct siwawa.

The final step is to spoon a little sauce into the open end of the wrap and eat the entire thing in one bite. Siwawa is a refreshing change of pace from most Chinese snacks: it's light, clean and even fun as you eat it with your hands. Any local can point you toward a nearby siwawa joint.

Sour fish soup – Guiyang's signature dish despite being an import from the city of Kaili – also gives diners some autonomy, allowing them to choose many of the seasonings added to the broth. One of the more popular sour fish soup restaurants is Lao Kaili Suan Tang Yu.

After dinner, Guiyang has an interesting collection of bars, nightclubs and karaoke joints just to the northeast of the intersection of Zhonghua Nan Lu (中华南路) and the Dusi elevated highway (都司高架) in the heart of downtown. Most of the establishments lie on the small side streets of Kexue Lu (科学路) and Xingshi Lu, where the Other Shore Bar has a wide selection of imported wines and a handful of German beers.

The main club in this part of town is Soho, cousin of the Soho in Kunming's Kundu Night Market. As in Kunming, the Guiyang Soho is popular among young people with money to burn. We weren't very impressed by the music, atmosphere or prices, but it was interesting enough to see what Guiyang's moneyed youth does when it goes out on the town.

For its size, Guiyang has a good variety of hotel options including plenty of budget, business and a couple of five-stars. Usually little advance notice is required when booking a room, except during national holidays.

Getting there: Daily flights to Guiyang from Kunming take one hour. There are also a dozen trains daily that connect Kunming with Guiyang – travel time is around 12 hours and there are several overnight options.

Having been to both cities (Kunming and Guiyaang) several times, they both have their characters. Kunming is cleaner and Guiyang is cosier. You will definitely need your woollies in Guiyang in the winter, I dang near froze there last New Years day.