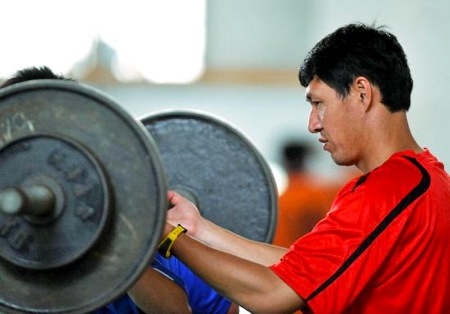 Within the next decade, elite athletes will be able to train at state of the art facilities at an elevation of almost 3,300 meters one day and similar facilities near sea level the next day—all without leaving Yunnan.

Last week the Yunnan government announced a plan to invest 1.9 billion yuan (US$280 million) over 10 years to build on Kunming's existing reputation as a high-altitude training spot and turn Yunnan into China's premier destination for elite training and recreational sports.

The plans include 20 new athletic facilities and renovation of 30 others at a range of altitudes including Olympic-standard training centers in Deqin, Lijiang, Huize, Dali, Kunming, Pu'er, Yuanjiang and Hekou.

Deqin, located in far northwestern Yunnan, would have the highest training center at about 3,280 meters. Hekou in the Honghe Valley on Yunnan's border with Vietnam would have the lowest at about 76 meters.

The planned training centers will have facilities for Olympic sports ranging from canoeing to triathlon to judo, and some will also serve as bases for recreational sports such as mountain biking and hiking.

Provincial leaders also announced plans to build 2,000 basketball courts in villages around the province as well as providing nighttime lighting for more than 100 stadiums.