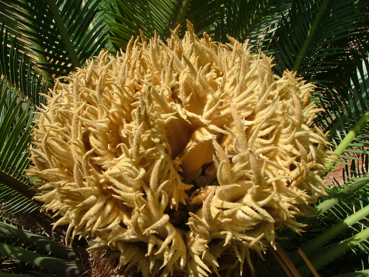 Weekend World Cup Schedule
All match times listed in Beijing time; see this post for more information about venues for watching the matches.

Friday: All-you-can-eat BBQ at Sandra's
The barbecue at Sandra's tonight will include burgers, lamb, chicken and sausages. Call 15825267010 to reserve a place at the 100 yuan meal.

Friday: DJs at Uprock
DJs Sara and Shonny will furnish the music for the party at Uprock tonight, playing hip hop, electro, and general dancing tunes. The free party starts at 10pm.

Friday: Smegma Riot in Lijiang
Punk band Smegma Riot will play Yeti Bar in the village of Shuhe just outside of Lijiang tonight as part of their "Homo Yunnanensis" tour. The free show starts at 10pm.

Saturday: Creative fair at Nashville Bar
Vendors will be selling art, handicrafts and clothing at the Nashville Sound Bar creative fair on Saturday. The free fair will run from 10:30am to 6:30pm; anyone wishing to sell goods can call 15987128117.

Participants will run roughly four to six kilometers followed by some carousing. Participation costs 10 yuan (to cover supplies) and organizers have arranged storage for anyone who wants to bring a change of clothes for after the run. Runners will meet at 3pm.

Saturday: Children's night at TCG Nordica
Kid-friendly activities at TCG Nordica on Saturday will include making cakes, dumplings and greeting cards and face painting, as well as a musical performance. The event begins at 7pm.

Saturday: No Culture party at Laba
The No Culture launch party at Laba on Saturday will include live music by The Great Apes, The Sea Loving Mammals and DJ Agbadza featuring a live voodoo drummer, as well as an exclusive DJ Set by Martin and Tormod AKA Digital Delight and World Cup football. The party kicks off at 8:30pm.

Saturday: I Am Not A Robot at Uprock
After previously packing the house at Halfway House and Laowo Bar, I Am Not A Robot will give Uprock a try on Saturday, choosing the best of the 80s, 90s and 00s. The free party starts at 10pm.

Sunday: Indie movie day at Nashville Bar
Nashville Sound Bar will show the UK film "Bunny and the Bull," from the director of the TV series "The Mighty Boosh" at its weekly Sunday indie movie day. The event starts at 2pm and entry is 10 yuan.

The England-Germany game should be quite the thriller. Can anyone who's been around to the different venues airing matches in Kunming recommend some places to go? Jerseys, binge drinking and loud cheering is preferred.

Been to the Hump and Ganesh so far but for a couple of minor games so still no idea which place to go for some genuine WC fever.

Ganesh seems to have been pretty rowdy at times with a strong English presence. Plus, the beer 套餐s they're offering are certainly not designed to discourage binge drinking. I think it's seven bottles of imported Australian beer for 100 kuai.

I am looking forward to that game!

The Double Happyness Bar in Beichen is having a very big screen and I am going to watch the game there.