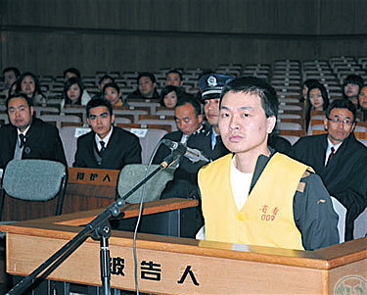 Crime boss invokes coal mining alibi
Alleged Kunming gang leader Shen Chao (沈超) started his criminal trial yesterday in a Kunming court along with 32 other members of his gang, according to a Kunming Information Hub report.

Shen stands accused of committing a number of serious crimes between 2006 and 2009, including organizing illegal gambling, leading a criminal gang, possession of an illegal firearm, and murder.

The story quotes Shen as denying the crimes by explaining that he was, "too busy investing in coal mines in Zhaotong to commit the crimes."

The trial is expected to conclude today. 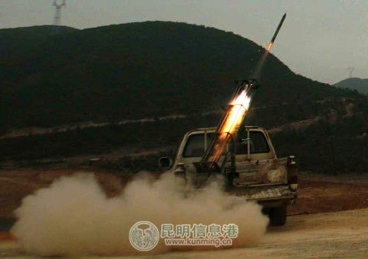 Kunming bombards clouds with no result
Kunming meteorologists fired 40 cloud seeding rockets from March 9 to 10 in an attempt to draw rainfall from the clouds covering the city earlier this week.

A Kunming Information Hub article on the operation reports that a light drizzle did fall in some areas around the city, but that the maximum recorded rainfall was just 0.7 millimeters.

As Yunnan's worst drought on record intensifies, government officials are under increasing pressure to appear to be taking action to address the widespread water shortages, crop failures, and wildfires that have been a result of the drought.

According to the article, as of March 9, 3,326 rockets and 3,019 shells had been fired in cloud seeding operations in southwestern China. There has been no mention of what substances are being used, although silver iodide is widely used around the world.

Kunming has an average annual rainfall of 1,040 millimeters, but the total for 2009 was just 571 millimeters.

In addition to dealing with the drought, Lufeng water management bureau director Li Jianrong (李建荣) was also coping with the aftermath of a magnitude 5.1 earthquake that struck the area on February 25.

Li's colleagues told reporters that he was facing enormous work pressure from addressing both the drought and the earthquake.