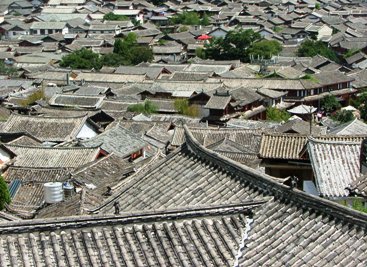 Of the rail line's 164 kilometers, 22 kilometers are on bridges and 78 kilometers are tunneled – 62 percent of the line travels over bridges or through tunnels. At present, work crews are boring through Heluo Shan (禾洛山), the final mountain to be tunneled before the line enters Lijiang.

Work on the Dali-Lijiang line began in 2004. The line will begin at Dali East Station, traveling along the eastern shore of Erhai Lake with stops at Shangguan (上关), Xiyi (西邑) and Heqing (鹤庆) before arriving in Lijiang.

The rail line will eventually be extended to Shangri-la (Zhongdian) and then on to Lhasa.

Kunming to crack down on electric bicycles
Starting tomorrow, Kunming police will be cracking down on illegal operation of electric bicycles around the city and will be issuing fines ranging from five to 50 yuan, according to local media reports. Fineable offenses will include carrying multiple passengers, going the wrong way, riding in car lanes, riding on sidewalks and running red lights.

The combination of rapidly growing numbers of electric bicycles on Kunming's streets – there are an estimated 700,000 electric bikes in the city today - and the legal gray area the vehicles occupy have led to increasing safety problems.

In 2004, two people died in electric bike accidents in Kunming, compared to 20 last year and 13 in the first four months of this year. So far this year, electric bikes have been involved in roughly 25 percent of the traffic accident calls received by police.

The crackdown on electric bicycles will last 100 days, during which it is evidently hoped that vehicle owners will become accustomed to obeying traffic rules.

Man tests negative for swine flu, released from quarantine
The final passenger from a Mexican airline flight containing people infected with the H1N1 virus tested negative for the disease - more commonly known as swine flu – and was from quarantine in Kunming prior to the weekend.

Two days after news of the man's release, China's Health Ministry announced that the first suspected H1N1 case on the mainland - a thirty-year-old man returning from studying in the United States – was under quarantine in a hospital in Chengdu.