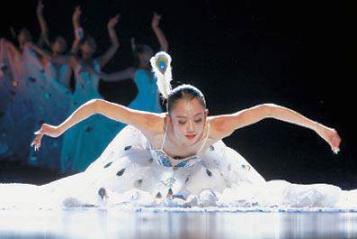 Yang, known best for her rendition of the Dai peacock dance and her popular touring show 'Dynamic Yunnan' has reportedly focused on making instruments of everyday objects from around Yunnan and incorporating them with traditional instruments and music from Yunnan's ethnic minority groups.

According to Kunming environmental officials, the lake's arsenic level has been reduced from 0.128 mg/liter to 0.111 mg/liter since September. Yunnan Governor Qin Guangrong (秦光荣) has estimated that it will take three years to reduce the lake's arsenic concentration to safe levels, which is projected to cost approximately 4 billion yuan (US$600 million).

On a related note, the Kunming government just announced that it will spend an additional 280 million yuan annually on protecting the city's drinking water supply.

The multipurpose building will be home to Kunming's highest concentration of Grade A office space, plus a 5-star hotel, high-end residences, commercial space and leisure/entertainment facilities.