Kunming-India flights to launch in early 2007

Aside from discovering that Kunming has its first Bangladeshi restaurant we also found this little gem buried at the end of this story about Yunnan in the Indian magazine Frontline: 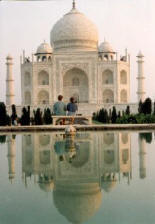 'Finally, the Yunnan government is prevailing upon China Eastern airlines to start flights between Kunming and New Delhi/Kolkata before the end of this year.'

Our source at China Eastern Airlines have confirmed that direct flights from Kunming to New Delhi/Kolkata will be launched soon. Rather than the end of this year, however, our source said the flights would be initiated in 'early 2007'.

It seems hard to imagine direct air links with India not having a major impact on Kunming. The precedent that comes to mind is Shanghai, which experienced a significant influx of Indian residents (and restaurants!) as well as business and leisure travelers from India after launching direct flights to New Delhi/Kolkata in 2003. Although it is less dynamic than Shanghai or Beijing, Kunming should be an interesting alternative to China's megacities for Indian businesspeople and tourists.

On the other side of the coin, Kunming residents have a lot to gain from going to India. In 1999, China-India trade totaled US$2 billion. In 2005, it reached US$18 billion. Major business opportunities between China and India are just beginning to emerge, with the most-connected cities standing to benefit the most.

Business aside, India's rich culture and history plus its natural beauty should prove a major lure for Chinese tourists. Hopefully greater interaction between these two Asian giants via trade and tourism will foster greater trust and cooperation between these distant neighbors.