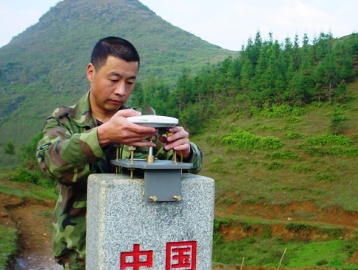 The Yunnan segment of the land border between China and Vietnam has been completely demarcated, according to an official at Yunnan's foreign affairs office quoted by Xinhua.

Over the last eight years, government-appointed teams from China and Vietnam worked together to decide on the locations of 665 boundary tablets. Demarcation work on the Yunnan portion of the two countries' land border finished on December 20 of last year.

China and Vietnam normalized relations in 1990 after going to war in 1979 and engaging in open hostilities into the late 1980s. Yunnan is one of two administrative regions in China to share a land border with Vietnam, the other being Guangxi Zhuang Autonomous Region. China and Vietnam also have a disputed sea border in the Gulf of Tonkin, known in China as the Beibu Gulf. 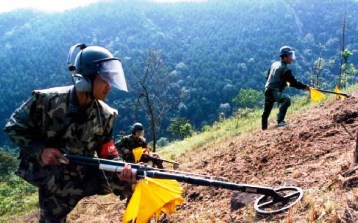 A key part of the demarcation work has been minesweeping work along the border – it is estimated that as many as two million mines may have been laid along China's border with Vietnam during the years of conflict. Since the end of hostilities, thousands of Chinese and Vietnamese have been killed or injured by these leftovers of war.

Relations between the former enemies have improved greatly since 1990, with bilateral trade totaling US$16.6 billion in the first 10 months of 2008, as well as cross border cooperation in the form of the Greater Mekong Subregion (GMS) and preparations for the upcoming free trade area between China and the Association of Southeast Asian Nations (ASEAN).

I think that's great! It is better to make peace than war. I think too much money is wasted on wars. If they were to spend that money on rebuilding it would be best for the whole world.